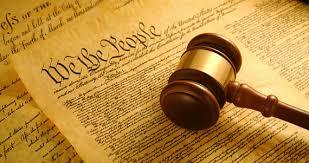 In the wake of horrific tragedies in Charleston and Sandy Hook, our national conversation persistently returns to guns, but goes nowhere. Why? In part, I think, because we have ignored a fundamental truth: most Americans think lots of 'common-sense' gun rules are already law.

We can't address gun violence, mass murder, and gun-related terrorism until we understand our current rules regarding gun ownership. Here are some examples.

A person on the US government's terrorist watch list cannot legally buy a gun in America.

Authorities are routinely notified when someone buys large amounts of ammunition, or buys a weapon with a high capacity clip (say 30 or more rounds).

Ammunition purchases on the internet are closely regulated.

Only here's the thing. None of these laws currently exist.

On June 30th, USA Today released the results of a poll that found that "[b]y 56%-40%, Americans say tighter gun-control laws wouldn't prevent more mass shootings." From that story, "it doesn't make any difference if you have strict gun control or don't have it," says Frank Ziebarth, 64, of Whitewater, Wis., who was among those polled. "The bad guys are going to get hold of one."

This limits our ability to proactively change, to enact new laws that reflect our new reality. If people believe there are laws preventing bad guys from getting guns, and they believe law enforcement is ineffective at enforcing those laws, than the idea of new gun laws is pointless.

But, in 2013, Joel Benenson and his colleagues at the Benenson Strategy Group conducted a survey and asked a sample of Americans whether several laws were already in place.

As the authors of the poll note, "[a] clear majority [of respondents] said they believe that the sale of guns to people on the terrorist watch list is banned. Another 29 percent said they don't know. Such sales are not banned, and the Government Accountability Office has reported that in 2010 alone 247 people on the terrorist watch list passed a background check and legally purchased guns."

Has that changed? According to a February 2015 story in the New York Times, "between February 2004 and December 2014, individuals on the watch list attempted to purchase firearms or explosives on 2,233 occasions -- and more than 90 percent of the time, they cleared a background check and received approval to buy."

In February, a bill was introduced in the Senate that would prohibit weapons ownership by individuals on the terrorist watch list. But, in May, 2015, a companion bill in the House of Representatives was not approved in committee, effectively killing the bill.

Now the key issue here isn't whether banning terrorists from purchasing a weapon is a good idea or not or whether restrictions on gun ownership would reduce mass murders (I argue in this companion piece on Huffington Post that such restrictions would likely have prevented some, but certainly not all, of the recent mass crimes).

The key question is whether Americans even understand current law. Do Americans know that it is legal for the ultimate 'bad guys', terrorists who seek mass harm, to purchase a weapon? If they knew that there were no restrictions on terrorists buying semi-automatic weapons with high capacity magazines guns at Walmart, would that change the narrative and open an avenue for debate?

In the wake of Charleston, and Sandy Hook, and Aurora and the other recent atrocities, it is clearly time to have a serious conversation about remedies for our mass murder epidemic, and gun regulation must be a part of that discussion.

But we can't have that conversation until we are clear about what our current gun laws actually allow.

What The Stunning Result From Kansas Might Tell Us About November