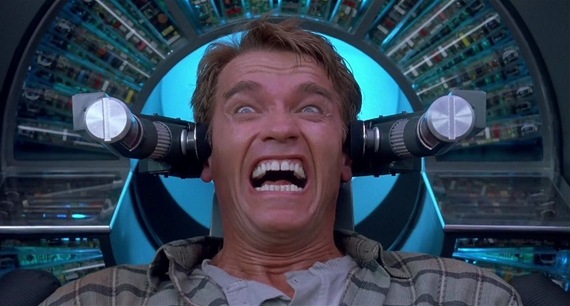 After mentally peacing out and drifting through the weekend, most of us would find it hard to recall what happened just a few days ago. People with HSAM -- highly superior autobiographical memories -- don't have that problem. In fact, they'd be able to recall exactly what happened a month, a year, or even a decade ago in exact detail.

While this intensive total recall can suck for HSAM subjects -- their memories of a gut-wrenching break-up or a mortifying faux pas are only made worse by the cruelly faithful emotional detail attached to them -- neuroscientists think that understanding their rare condition could hold the key to memory enhancement.

As David Robson at the BBC wrote recently, people with HSAM can recall the minutiae of specific dates and times in their lives, down to the weather, the clothes they were wearing, and even the art hanging on the walls at any given moment. Having HSAM, it seems, is more than just having a photographic memory: It's as if the brain has its own reality-TV camera crew that never stops filming -- or replaying scenes.

Researchers at UC Irvine, who have spearheaded research in this field, think this strange gift can be chalked up to two factors they call "fantasy proneness" and "absorption," two psychological measures in which people with HSAM score highly. Absorption refers to the idea that HSAM subjects are more fully immersed in daily life -- they feel more, see more, hear more -- and so, in a sense, are able to document their lives in HD, while the rest of us are buffering much of the time. Fantasy proneness refers to the fact that they also tend to be daydreamers who often revisit old memories. Doing so seems to strengthen those memories, making them even easier to retrieve, like putting them into an endless "Recently Watched" queue.

The phenomenon isn't fully understood yet. For one thing, HSAM doesn't usually start at birth; there appears to be a trigger -- perhaps a particularly meaningful moment (for one subject, it was meeting his first girlfriend) -- that sets the brain's cameras rolling, though researchers have yet to characterize it. And then there's the question of whether HSAM brains are structurally different, but it's hard to tell whether individuals were born with those differences or whether they're a result of having HSAM.

Still, it's clear that daydreaming and immersion play a big role in HSAM, and using these techniques to hack our own memories is fairly straightforward. As Robson points out, simply encouraging yourself to revisit the past can help. Studies show that hitting the mental "replay" button immediately after events take place can make it easier to retrieve those memories a week later. Reminding yourself to be more absorbed in the particulars of everyday life could help record richer memories, too.

Of course, training your memory involves remembering to do so.