When I mention that I write romance novels at cocktail parties, one of the most frequent responses from men and women alike is "Oh, like the Fabio books?"

When the New Yorker wrote about HarperCollins's recent acquisition of Harlequin to the tune of $450 million, a significant portion of the post wasn't about the deal or the genre, but...Fabio!

When the popular reality show America's Next Top Model wanted to take on the modeling challenge of a romance novel cover photo shoot, they enlisted...Fabio! After all, in the words of Tyra Banks, he is "Mr. Romance Novel himself."

When I asked nonromance readers to describe a romance novel in their own words, more than a few wrote "Fabio!" Exclamation mark and all. 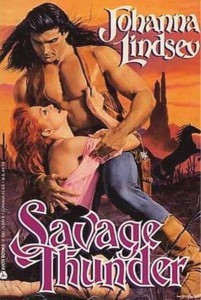 Fabio, of course, is the hunky model who has appeared on more than 400 romance novel covers, including classics like Johanna Lindsay's Gentle Rogue and Savage Thunder. He defines the stereotypical cover model for which the genre is infamous--a hulking, muscle-bound man with his billowing white shirt open to the waist but still tucked into buff-colored breeches. His hair is long and blonde and flowing in a fake breeze. A busty young woman clings to him as her breasts spill out of her bodice.

After those covers, he launched a hugely successful career as a model and spokesperson, even publishing his own romances. He's so well known that people who know nothing about romance novels know to say "Fabio!" when the subject comes up.

"It's an amazing bit of branding that people are still so quick to make that association," says Esi Sogah, a senior romance editor at Kensington and a person who also gets the "Fabio!" response when mentioning romance novels at cocktail parties.

Romance novels are a billion dollar industry--and they're the largest segment of adult fiction, outselling fantasy, mystery, science fiction, and the classics. Thousands of titles are published each year for millions of readers. All of them are predominantly written by women, for women, and about women. They are largely produced by women, too; the publishing workforce is 74 percent female, according to a survey by Publisher's Weekly.

And yet the romance novel is so often reduced to and personified by one man.

Honestly, I offer my sincere congrats to Fabio. From interviews and profiles I've read, he seems like a very nice, sincere guy. And what success! Even decades after his last cover, people at cocktail parties are still asking me if Fabio, now 56, has modeled for my recent books.

I am happy for him and his success. I even like his work.

But why is such a massively powerful and profitable female-driven industry exemplified by a dude? 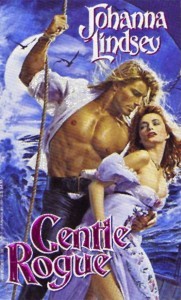 There is and has been much angst about romance novels long before Fabio unbuttoned his shirt and stepped in front of the fan. More than just stories of girl meets boy, these novels embody and explore topics our culture is deeply uncomfortable with.

Romances tackle divisive issues like class, love, women's sexuality and pleasure, rape, virginity, money, feminism, masculinity, and equality--and ultimately how they're all tangled up with each other. These books promote a woman's right to make choices about her own life (and body). They take longstanding notions of masculinity and turn them around. They promote a different image of what it means to be a happy, desirable woman--one that doesn't rely on the right shade of lipstick, but internal qualities instead. These books celebrate women who get out of the house and do all the things that, traditionally, young ladies and good girls don't do.

Rather than suggesting a woman needs a man or that the sexes are at war, romance novels demonstrate again and again that true happiness happens when two people find and prioritize love.

Most scandalous of all, these are books by women, for women, and about women in a culture that doesn't place much value on women.

So when the subject of romance novels--and all those knotty issues--comes up, we talk about Fabio instead of women's orgasms or men's feelings.

We laugh about Fabio's very fitted breeches instead of asking who is watching the children or cooking dinner while a woman reads privately for pleasure or writes a romance novel or is out at work. Simply by picking one up, she is refusing, if only for a chapter, her traditional role of caring for others, and in doing so she declares that she is important.

It's easier to talk about Fabio's pectoral muscles than to talk about how successful women can be when they're working and working together.

It's easier to laugh about the bodice Fabio is ripping than to have an honest discussion about women's sexual pleasure or to even acknowledge women's sexual desires. After all, sex isn't polite cocktail party conversation.

Rather than discuss all that, we can just talk about one, supremely masculine man and the way the wind blows through his long, flowing hair. 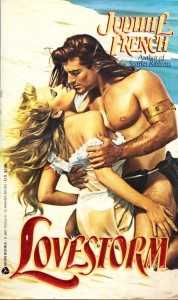 Long before Fabio's covers, romance novels had a bad reputation for poisoning the minds of young women, inflaming their passions and deluding them as to what she could reasonably expect from life. A conduct book from the eighteenth century warns against reading novels "which raise expectations of extraordinary adventures and cause readers to admire extravagant passions, and lead to unacceptable conduct."

Give a girl a book, particularly one with an adventurous heroine, true love and a happy ending, and she'll get Dangerous Ideas.

But dangerous to whom?

When the novel came into being in the eighteenth and nineteenth centuries women seized on the form to write stories for other female readers. These novels by ladies, for ladies, about ladies conveyed messages that contradict many of western societies expectations of women. They were supposed to be seen but not heard, obedient to their husbands, wives and mothers but still sexless and pure. But a romance novel declares a woman by herself is interesting, valuable and deserving of love and respect. They encourage adventure and exploration. Later, the "bodice rippers" of the 1970s would show that women had sexual desires and were capable of sexual pleasure and that it was okay. All romance novels invariably ended happily, suggesting to reader that perhaps she might try this at home.

"Because they offer an image of the social norm itself altering, novels are dangerous and volatile," writes Margaret Anne Doody in The True Story of the Novel. And in a time of revolution--the American, the French, and the Industrial--there were many who wanted stifle any more images of social change, especially if it appealed a readership of disenfranchised, such as the poor or women.

Stopping the scourge of novel reading was serious business that started with the "taxes on knowledge" in England and hit its stride with a snarky attitude toward "those books" that prevented people from openly reading them or talking about it if they did. Mocking romance novels as trashy and formulaic is a way to diminish their value. Mocking them as unrealistic is way of diminishing the ideas promoted with each story.

Trying to limit novel reading was really about trying to stop women from waking up to demand equal opportunities to live and love.

These books also had to be stifled because they champion women in a culture that has little regard for them.

It's easy to see how women were stifled in the eighteenth and nineteenth centuries: for most women owning property, financial independence, a real education, and a voice in the political process were just not on the table. And while women's status has changed dramatically for the better in Western society, we're still Not. Quite. There.

It has been nearly a century since the Equal Rights Amendment was proposed and it hasn't been ratified to the U.S. Constitution. Women still do not receive equal pay for equal work. We are still debating whether women can have control over their own bodies--but insurance will gladly cover all the Viagra a man wants. Our academic institutions and respectable media predominantly study and review literature by men--and they definitely don't cover genre fiction, like romance. That's just America. China has one child policies resulting in an overabundance of boys. In Afghanistan, families without sons encourage their daughters to live as boys (the practice of Bacha Posh), because it's shameful to be a girl or to have a girl. Again and again we see women considered less--unless it's in a romance novel.

Because of this high valuation of men and low valuation of women, we're more comfortable talking about one, lone man instead of a genre that speaks to the hopes and dreams of millions of women.

But when the subject of romance novels comes up and we talk about Fabio, we are really talking about a cultural tendency to value dude stuff more than lady stuff. We are showing our fear of love and pleasure. And we are sidestepping a conversation about possibly the most revolutionary, feminist literature ever produced. 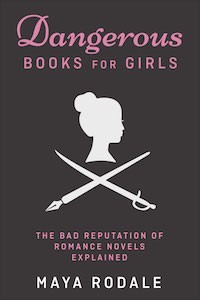 
And you thought it was just about Fabio.