With its new ad campaign, Help With the Hard Part, the Weight Watchers organization is demeaning and shaming the very people it is trying to help. Their use of the classic children's song, "If You're Happy and You Know It" is certainly memorable in that its sing-song lyrics stick with you for hours after you've seen and heard it -- but not in a good way. It's likely to offend and possibly even trigger people who are struggling with the problems it highlights. 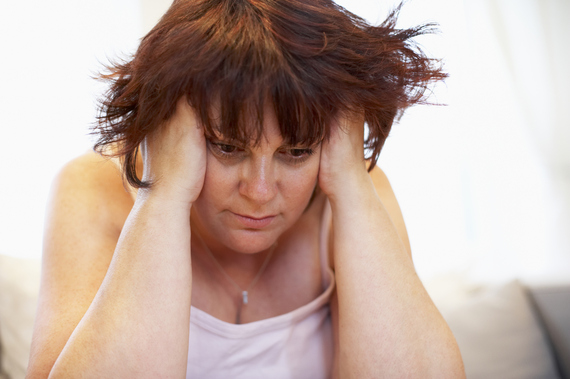 I know this because I am a psychotherapist who specializes in treating eating disorders, including binge eating disorder and its close cousins, emotional eating and compulsive overeating. At a recent binge eating treatment group session, several clients who'd seen the commercial were angered by the ad. They felt mocked, exposed, ashamed -- and angry. We watched the commercial together and others in the group, who hadn't yet seen it, felt the same way. It made them feel worse, not better; hopeless, not hopeful.

The commercial features a series of vignettes showing people eating junk food in all sorts of situations -- when they're happy, sad, lonely, bored, stressed, tired, etc. They're eating their feelings, we're told, over and over. It ends with an acknowledgement of how very common emotional eating is: "If you're human and you know it, eat your feelings -- eat a snack." And yes, that much is true, we've all done this and emotional eating is, in fact, associated with being overweight or obese.

But the ad is so disrespectful. The vignettes are populated with stereotypes of people who not only are overeating but who are also clearly uncomfortable. Though I imagine this was done to get people watching the commercial to identify with characters who reflect themselves in some way, instead it shames them -- mostly because of the impertinent theme song used.

For instance, one scene portrays a lonely guy at a party where he doesn't know anyone. Since he doesn't have anyone to talk to, he busies himself by snacking. Mocking a person who suffers social anxiety is the very opposite of helpful!

I'm not bashing Weight Watchers. In fact, I applaud their evolution over the years and believe they sometimes offer valuable tools. They make it easy for people to be a part of a community, whether online or by going to meetings, and they offer a variety of approaches to weight loss, so that different people can choose a method that will work with their lifestyle.

But I am most certainly not a fan of this new ad campaign. Let's not forget that at Weight Watchers, it is a weight loss method they are selling -- not a treatment approach that gets to the root of why people "eat their feelings" or use food for other reasons than as fuel. To overcome problems like binge eating, emotional eating and compulsive overeating, people need to not only to learn new coping skills to handle uncomfortable situations and feelings, but also to gain insight into their own particular patterns and why their harmful eating behaviors began at all. Without doing this, it's inevitable that they'll continue to battle with food and body for years and years. (Oh wait -- is that the object of the game for Weight Watchers and every other weight loss plan that will be hawking its wares in the new year?)