The American poet John Greenleaf Whitter had some wise words in the 19th century that remarkably apply to everyone who tweets first and thinks afterwards:

"For of all sad words of tongue or pen,/The saddest are these: "It might have been!"

Imagine how different his career would have been Anthony Weiner had fessed up to his raunchy tweets right away and used some of that caustic New York wit he was famous for. He could have said something like this:

"Ladies and gentlemen of the press, I'm here today as a man who has suffered all his life with an unfortunate last name. I begged my parents time and time again to change it to anything else, but they refused. 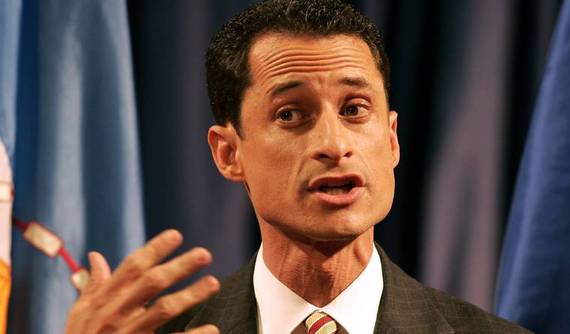 You can't imagine the jokes I grew up with, the constant taunting in school. But once I hit puberty, I realized that I would have the last laugh. Because that photo circulating on the Internet of a substantial man's underwear, that is in fact me. It has not been photo shopped. Every pixel you see there is a Weiner pixel. And, as is now obvious, there's nothing "wee" about this Weiner.

Just as my name has influenced my life, so has my sizable endowment. Along with my deep commitment to aiding my fellow New Yorkers, I've also been committed to enjoying life in the city that never sleeps. Yes, I tweeted that photo. What can I tell you? I'm from New York, home of The Statue of Liberty, the Trump Tower, and the Empire State Building. We like it big in the Big Apple. And we're proud of who we are. 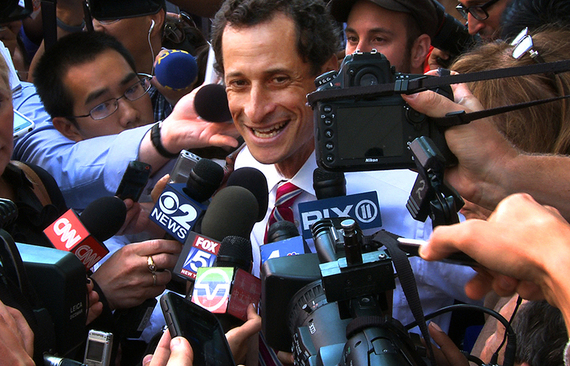 Those who question my morals or want me to resign, well, you know there can only be one reason: they just don't measure up.

I hope my supporters will understand the spirit of my tweets. And to my enemies, I just have one thing to say: you can try to roast this Weiner, but you won't keep me down."

Lev Raphael is the author of The Vampyre of Gotham and 24 other books in genres from mystery to memoir that you can find on
Amazon.