If you're a woman, you've likely been teased at one point or another by the unfair (not to mention sexist) stereotype that women are terrible drivers--which is totally bogus. Obviously, a person's driving skill has nothing to do with their gender.

Or does it? Car insurance companies would argue "yes."

When it comes to finding the best (which, for most people, also means the cheapest) car insurance plan, it's important to understand all the factors that come into play when determining a customer's rates. Insurance companies calculate plan premiums based on the predicted risk(s) the driver poses--meaning how much you could end up costing them via claims.

As most people already know, these determining factors include the type of car you drive, your driving record, credit score and history, age, marital status, and even your geographical location. 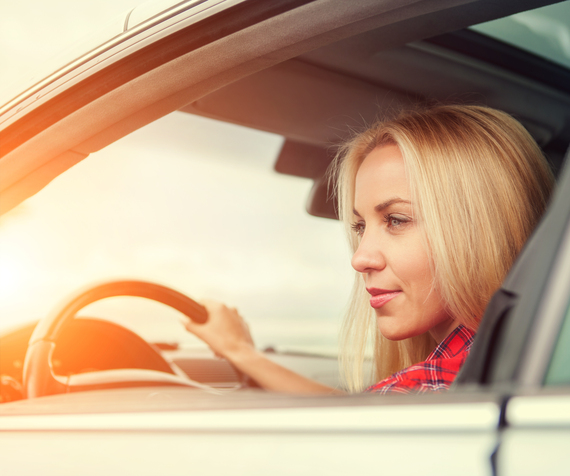 But did you know that another factor that holds significant weight in determining the rates of your car insurance is your gender? And if you think this is where I will tell you that men, once again, have it easier than women by getting less expensive car insurance rates--think again.

In fact, if you are a woman, you are able to get cheaper car insurance than men. This may seem unfair, but there are actually statistics to back up the reasoning behind this bias.

According to the Insurance Institute for Highway Safety (IIHS), in 2008, the number of male drivers who died in fatal car accidents was 50% higher than it was for women, and in 2012, 71% of all car accident-related deaths were male drivers. Statistically speaking, male drivers are more likely to speed, not wear their seat belts, and engage in risky driving behavior such as drinking and driving. In addition, men also tend to buy more expensive cars and drive more often than females.

This is why, on average, women pay as much as 12% less than men, which can equate to men paying as much as $15,000 more than women on car insurance throughout their driving lifetime.

While women may pay less than men for car insurance, there is still a significant difference women experience in premiums based on their age. Again, since insurance companies look for low-risk customers, and young drivers are more likely to drive carelessly and get into accidents, regardless of your gender, you're likely to get lower insurance rates if you are over the age of 25. This is why most car companies make it much more expensive, sometimes even impossible, to rent a car until you're 25.

Cheap Car Insurance Tips for Women Under 25
As a woman, the highest car insurance premium you will have is when you are between the ages of 16 and 24 (for males, even at this age, it is still much higher). Once you turn 25, car insurance rates tend to significantly drop in price, provided the driver has maintained a relatively decent driving record.

But, even if you are below the age of 25, there are still ways you can lower your car insurance rates.

When it comes to getting the best and/or cheapest car insurance plan, it is important to do your research and, before anything else, determine what kind of coverage you will need before committing.