Chances are, you either just smiled fondly at the thought of (or looked down at) your very own, exaggeratedly rolled your eyes and/or gagged, or wondered WTF this thing is.

For you latter folks, I'll let Wikipedia inform you: A push present (also known as a push gift, baby mama gift or baby bauble) is a present a father gives to the mother to mark the occasion of her giving birth to their child. In practice the present may be given before or after the birth, or even in the delivery room. The giving of push presents has supposedly grown in the United States in recent years.

In other words: Give birth, get a gift (other than the baby). 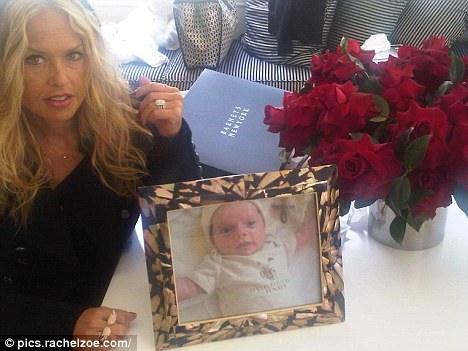 This whole push present discussion began in my circle when I posted this Facebook status:

That's right. As I was waiting at a popular Atlanta lunch spot for the valet to bring around my 2003 Xterra they hid down the street, two ladies were walking to their shiny white SUVs parked in front when one lady motioned to her Mercedes G-class and announced to her friend, "So this was my push present," followed by, "And this, too," as she flashed a sparkly right hand ring.

And that's when I ran her over. In my head.

...and that they did (sans dicktures). Comments ran the gamut:

"It's not a Southern thing. I have a friend who gets Tiffany diamond stackable rings for each kid, another who gets Hermes jewelry. It's ridiculous. And I have a strong and unpopular opinion that it's just another way for needy women to get presents for doing something that women have been doing for thousands of years."

"My push present was a bowl of queso. It was amazing."

"I mean, if you get gifts for hosting parties, why not for hosting another human being in your body for nine months? Personally my husband bought me jewelry after both. Unexpected but very appreciated. He says it was a thank you for doing 'that.' He thinks men get a huge pass and the least they can do is say thanks officially."

"It's not a southern thing, it's a rich people thing... have you ever heard of a push present that wasn't jewelry or diamonds or cars, etc.? 'Congratulations honey! I got you some base layer tank tops from The GAP'..."

"When I married my husband, that was my present; when I had kids, they were my presents. Push presents are stupid."

"I did get a Rolex for 'sorry you had to get cut open.' I didn't expect it but I was so touched my hubby had thought about it before. I plan on giving the watch to my daughter when she's old enough."

"Mine was a LV purse and honey I deserved it! Push gifts are becoming more and more common to serve as a "thank you" for having gone through the entire pregnancy/delivery process. Push gifts range from diamonds and designer labels, to experiences like a vacation, to something sentimental like a bracelet engraved with your baby's name."

"I'm 0 for 2 on push presents. Pretty sure I'm supposed to consider the baby my present."

"I think push presents are perfectly fine and people should buy according to what they can afford. After carrying a baby for nine months, pushing it out, then probably being its first go-to for the next 25 years... heck yea I should get a push present! People only think it's bad because of the name. Just think of it as a first Mother's Day gift."

"Definitely not a fan. Just another way to try to get people to equate love and pride with spending money."

For the record, Beyonce reportedly did get one in the form of a blue sapphire ring: 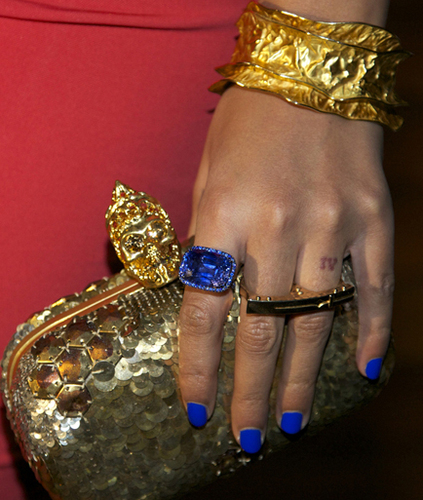 And Snooki received a Pandora bracelet because apparently her husband mistook her giving birth for high school graduation.

It's clearly a mom nation divided on this one. And it seems some mothers may not know exactly which side they're on until they receive or don't receive a post-birth gift. I definitely didn't see any moms saying, "Yeah, he gave me a diamond ring, but I was like, 'Honey take that back! Breastfeeding this child and not sleeping for the next 6+ months is the only gift I need.'"

I will say this -- if I am ever going to GET FAT AND NOT DRINK FOR NINE MONTHS, I think I'm deserving of a trip (via private jet) to my own tropical island stocked with vodka, nachos, puppies, and Sam Smith live serenading me the entire time.

But no one ever said I was ready for motherhood.

Whether you love them, hate them, or aren't sure yet, how about we implement these Five Golden Rules:

1. For the love of God, can we stop calling it a push present? I literally picture a Tiffany's box being pushed out of a vagina. If a man wants to show his appreciation for his lady giving birth, can't it simply be known as a gift from a thoughtful husband, just like he would send you flowers or take you out to dinner for landing a promotion at work? I think these gifts having a name at all is tacky.

Which brings me to...

2. If you're bragging to your friends that you got a Mercedes and/or a 7-carat diamond and/or a Hermes diaper bag for a push present over lunch your lettuce plate, please punch yourself in the face.

3. Ladies, try not to expect them, and for the love of God, don't compare them to your friends'. Every man and every family is different. You know there are ladies out there who get Bentleys and Birkins for giving birth and their husbands are total pieces of shit, while plenty of other moms are happily eating those bowls of celebratory queso with loving husbands and fathers by their sides. Mmmm, queso... 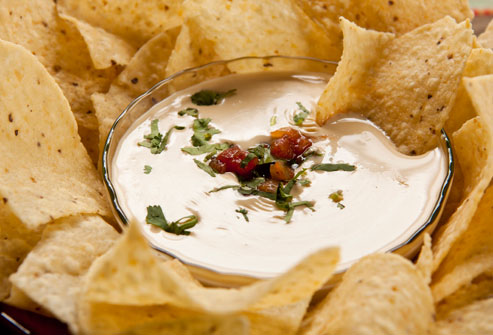 4. If you know a father-to-be who probably has no clue what a "post-birth gift" is all about, and you think his baby mama may be the type to expect appreciate one, maybe slip him a hint and let him make the call. Or better yet, send him this blog.

5. Guys, if you're going to do it, sentimental jewelry seems to be the way to go. Also queso.

Now if you'll excuse me, I need to take my birth control with a glass of vodka.