In the latest installment in the saga of the embattled Pebble Mine, there is inescapable irony in last week's release of The Pebble Partnership-funded "independent" report by former Defense Secretary William Cohen and his firm The Cohen Group. Based on a brief, undefined investigation, Secretary Cohen concluded to no one's surprise that his client has been unfairly treated by the U.S. Environmental Protection Agency in its federal Clean Water Act review of the mining project -- just as his client has argued for years.

But Mr. Cohen never addresses the obvious question of how he, as Secretary of Defense, might have received such a report from a private lobbyist during his tenure at the Pentagon -- challenging the fairness of a congressionally-authorized, multi-year, intensely public process that resulted in a formally-issued regulatory proposal of the Department of Defense. What follows -- called Defense Secretary Cohen Ignores Cohen Report -- is a hypothetical conversation between then-Secretary Cohen and then-USAF General (and now Cohen Group Vice Chairman) Joseph Ralston:

Vice Chair of the Joint Chiefs USAF General Joseph Ralston: Under control, Mr. Secretary, except we've been hit with a pretty critical report from The Cohen Group.

Secretary Cohen: From whom?

General Ralston: The Cohen Group, sir -- a lobbying firm based here in DC. It was hired by a company called The Pebble Partnership to do what they call an "independent review" of our own DOD review of a proposed mining project in southwest Alaska, called the Pebble Mine.

Secretary Cohen: I remember the project. The Alaskans hate it. Most people hate it, if public opposition is any indication. So, what's the problem with our review exactly?

General Ralston: Well, sir, Cohen claims we've treated his client badly, "unfairly" is how he describes it -- among other things, he thinks the process was rushed, not transparent enough and tainted by lobbyists.

Secretary Cohen: Isn't Cohen a lobbyist? And are they seriously arguing that the three year scientific review we conducted was rushed and not open to enough public input?

Secretary Cohen: But we did three separate public comment periods and two scientific peer reviews, with a lot of participation by The Pebble Partnership! And we got more than 1.1 million public comments! Isn't that a record?

General Ralston: Yes sir. Honestly, Mr. Secretary, I'm not sure there's anything we could have done to satisfy them, since his client has been fighting our review for years.

Secretary Cohen: Did Cohen do a more deliberate and open review than we did?

General Ralston: That would be hard to argue, sir. It lasted only about six months. Cohen says they interviewed 60 people, but he never says who. He says we refused to talk with him, but he doesn't say who else refused; my guess is there were quite a few. It's all pretty mysterious, sir, but Cohen swears he did a thorough job, completely independent of outside influence.

Secretary Cohen: So, he didn't get paid by his client -- The Pebble Partnership?

General Ralston: He doesn't say that, sir. He definitely got paid, at market rates, but he says that didn't affect his review. It was "independent" -- he says that over and over. The review is even titled "An Independent Review" -- right on the cover.

Secretary Cohen: Does he say we did anything illegal? Violated some federal law?

General Ralston: No sir, he doesn't claim we did anything illegal. It's just about fairness. His review determined that his client wasn't treated fairly -- just as his client claims.

Secretary Cohen: Well, I'm sorry to hear that, but I'm not surprised. He isn't the first one to feel that way, and he won't be the last. If we screwed it up so badly, why doesn't his client just sue us like any other stakeholder?

General Ralston: They've done that, sir. Three times so far. But Cohen says his review is intended to help you, and other policymakers like you, to do the right thing -- without getting sued for lack of fairness.

Secretary Cohen: I'm not sure that'll get them very far in federal court. But just so I'm clear: what exactly did we do that was unfair?

General Ralston: Well, sir, they wanted us to wait for their client to file a permit application so they could get a review under NEPA, the National Environmental Policy Act. They want to go through a full environmental impact statement process.

Secretary Cohen: Why don't they just file a permit application and get that process going? Are we stopping them from doing that?

General Ralston: No sir. There's nothing stopping them, as far as we know, even though they've promised for years that they would file. I guess they just haven't gotten around to it.

Secretary Cohen: OK. So let me see if I've got this right. We do a three-year scientific assessment, with lots of public involvement, including two scientific peer reviews. The mining company doesn't want us to do it, and it doesn't like our regulatory proposal at the end of the process, so they hire a DC lobbyist and pay him market rates to do a review of our review. Six months later, based on some undisclosed process, he issues a report confirming that, in his independent judgment, his client is correct that we've been unfair, that we've acted inappropriately.

General Ralston: Yes sir. That sums it up pretty well.

Secretary Cohen: Is this some kind of a joke? Maybe a public relations stunt?

General Ralston: Well, sir, Cohen did hold a press conference, and he did get some press. Now it's being cited on the Hill as grounds for another congressional hearing. I'm at a loss to understand why. How do you want to handle it?

Secretary Cohen: We're going to ignore it. It doesn't add a thing. What else have you got this morning?

This conversation is necessarily hypothetical, and, if anything, it reflects far greater consideration than such a report ever would have received from Mr. Cohen as Secretary of Defense. Indeed, it's reasonable to assume that a document analogous to last week's Cohen Report would have been rejected and ignored at a level far below the Secretary's office. Be that as it may, it remains a mystery why Mr. Cohen -- or the Pebble Partnership -- would now expect his participation as a paid lobbyist to be taken seriously as an act of disinterested public service, founded on his assurances of independence from the client who paid him.

His review deserves to be ignored. It doesn't add a thing. 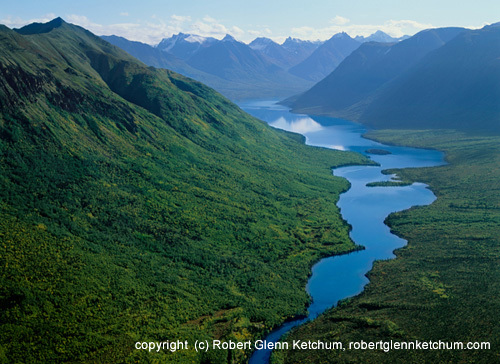