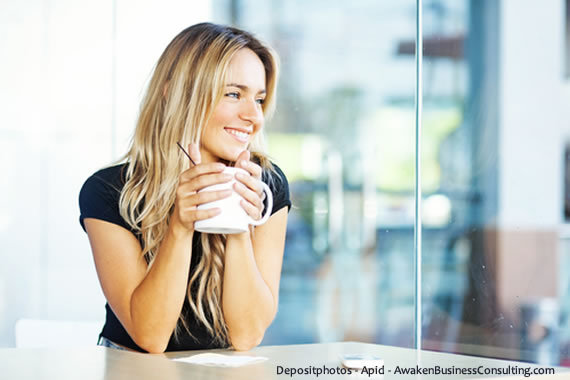 You wake at 7am with a smile on your face and no need for an alarm clock. Your first thought is, "Mmm, nice. Today is Tuesday. I've got some cool stuff to do today."

You take an extra couple minutes to just lie there in bed, savoring how cozy it is, and how good it feels to simply be alive. Then your thoughts turn to some of the projects you're working on and the awesome people you're working with. You practically leap out of the bed, eager to get on with what is sure to be a deeply fulfilling and creatively expressive day. Let the fun begin!

Does this describe a typical Tuesday morning for you? How about your employees? Would you like for it to?

For most North Americans, whether they are the boss or an entry level worker, a typical morning goes more like this....

The alarm rings. Everything in you immediately rebels against the idea of leaving the sweetness of sleep for the harsh realities of the day ahead. You hit snooze. You try to fall back into the sweetness, but you can't quite let go of the dread of what comes after you inevitably must get out of bed. You start debating just how long you can put it off.

The alarm rings again. Sometimes you hit snooze a second time. Other times you remember the disapproving looks greeting you as you walk into the office 5 minutes late, so you brace yourself and get on with it.

Who in their right mind would choose the second scenario over the first one? Who would choose it for themselves or for the people who work for them?

Wouldn't everyone rather live in a world in which the people you encounter throughout your day are actually happy to be there? The people who provide you with services, happy to be doing whatever they are doing for you?

You may be asking yourself if it could really be the norm for things to be this bad for most people.

According to Catherine Bell of BluEra consulting, who interviewed thousands of employees across North American companies for her recent book The Awakened Company, the situation is even more extreme than I've described.

And it isn't only the employee having a rough ride. Catherine continues, "And then a whole other layer, is that the majority of business, over 80% of businesses, fail within the first decade. So from both the perspective of the leader and the person who is kind of leading upwards, we can do better."

What do we do to get from where we are to where we want to be as a work culture?

Catherine sees the key to creating the kind of workplace we all would choose for ourselves as being a company culture that makes team self-awareness a primary objective for the work being done. In fact, she recommends selecting people to be hired by vetting candidates for self-awareness ahead of even job skills.

"The majority of people don't even know, or aren't willing to admit, what their blind spots are.

In interviews, when people say they don't have anything to work on, I say, 'Well I have pages and pages of weaknesses that I need to work on. And there's a direct correlation between self-awareness and performance, so what's going on here?' 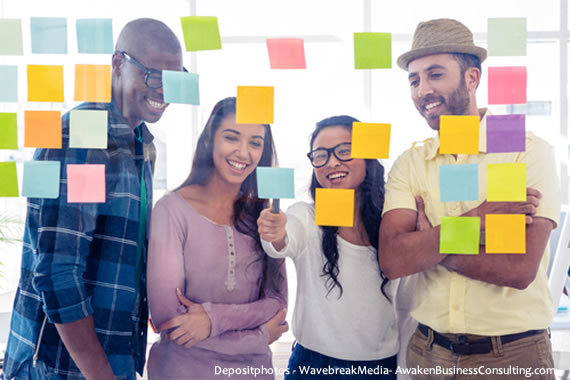 Tony Hsieh of Zappos, Seth Godin, and Tony Robbins are agreeing with her. Not only have they endorsed her book, but they are also supporting the approach to creating a company culture that sees the self-awareness, personal fulfillment, and development of each worker as just as essential to the bottom line as any financial profit-seeking objective..

Patagonia has such a complete commitment to creating a values-aligned company culture that when a major company that didn't align with Patagonia's values approached them about buying Patagonia-ware they could put their logo on, Patagonia refused to make the sale.

You may balk at the idea of putting values ahead of revenue, but Catherine's research has definitively shown that by increasing self-awareness and related personal responsibility, business profitability actually increases!

"What's interesting is that when [corporations] are two-thirds about culture and one-third about profit, they're more profitable."

If you want to help build a happier, healthier, more profitable work environment at your company, then there are a few very simple things you can do:

What are you ready to do differently to create the workplace you want?

Indigo Ocean Dutton is a business consultant for conscious entrepreneurs at Awaken Business Consulting, where she guides clients toward lives of impact, prosperity, and joy. Connect with her on her blog or on Twitter.