"In the beginning was the Word," according to the Bible. God's words created the universe; He spoke us into being. Words created our world - literally. Words have power -- to uplift or to tear down -- to inspire or to incite -- to heal or to hurt -- to create or destroy. Words define our reality -- for better or for worse.

In light of the escalating violence at Trump rallies, it's time we examine the role of words in our politics and in our society. Those -- including Trump -- who defensively insist that his vicious verbal attacks on Mexicans, Muslims, women and others, have nothing to do with near-riots at his speaking events are fooling themselves.

Words call us to action: to buy things, to vote a certain way, to hate those who are different from us, to eat certain foods and wear specific brands of clothes ... and yes, even to kill.

Those who pooh-pooh the lethal power of words are forgetting the horrific results of deadly orators such as Hitler and Mussolini. History is replete with examples of political leaders who used their words to incite hatred, start wars, and lead their people to commit genocide.

Jesus was not the only one who taught us about the power of words. Throughout human history, many great spiritual teachers have all preached a similar message. For instance, Buddhist teachings caution:

Buddha wasn't just talking to politicians and pundits -- he was talking to all of us. He pointed out that our words can break lives or save them; words can make enemies or make friends; words can start war or create peace.

So, what about Donald Trump's words? Is he guilty of verbal violence? Let's consider his recent statements:

"Knock the crap out of him will you? Seriously, OK, just knock the hell. I promise you I will pay for the legal fees. I promise, I promise."

"We're not allowed to punch back anymore. I love the old days -- you know what they used to do to guys like that when they were in a place like this? They'd be carried out on a stretcher, folks."

"I'd like to punch him in the face! In the good ole days, we would rip him out of his seat so fast."

"In the good ole days we would treat them rough."

"That's part of the problem. Our country has to toughen up."

The answer seems clear: Trump is guilty of verbal violence. His words condone and encourage physical violence. No one -- especially Trump -- should be surprised that his political rallies are growing increasingly dangerous.

What Jesus would say about Trump? I think he'd say "Ye shall know them by their fruits. ... a corrupt tree bringeth forth evil fruit." (Matthew 16-17) 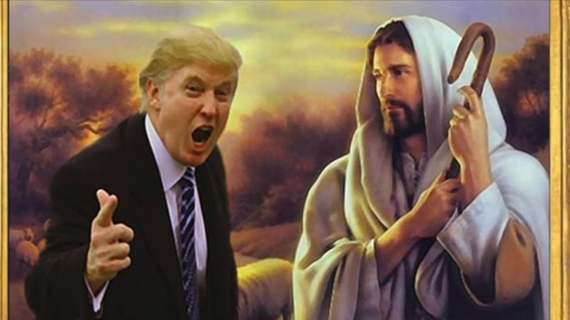 But Jesus (and other spiritual prophets and teachers) would caution us against singling out Trump to blame for political violence. To do so is to overlook our own responsibility in all this. We must ask ourselves: "How do my words contribute to violence in the world? In what ways do I participate in a social and political culture of intolerance, hate, and/or violence? How do I behave on social media? How do I behave in conversations with friends, neighbors, family, and others?"

As long as we point fingers of blame only at Trump, we fail to see our own culpability. "And why behold you the mote that is in your brother's eye, but consider not the beam that is in your own?" the Bible chastises us (Matthew 7:3-5).

Every time we yell at someone who cuts us off in traffic, we are being verbally violent. Each time we call someone an "idiot" or "moron," we are guilty of wrong speech. If in exasperation we blurt out, "If you do that I'll kill you!" to our spouses, our words are an attack. When we lose our tempers and drop the F-bomb on someone who angers us, that F-bomb really is a bomb. It does damage.

Idle threats are not idle -- they are seeds we plant in our psychic and cultural soil, seeds that take root and later blossom into violent acts. We reap as we sow.

If we want more civil discourse, we must start with ourselves. If we want less violence in our country, we must stop committing violence with our words.

Change doesn't start on the election trail -- it starts with each and every one of us, where we live and work. Gandhi taught us, "We must be the change we wish to see in the world."

And the Christian hymn echoes: "Let there be peace on earth and let it begin with me." 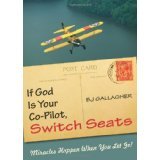 BJ Gallagher is a sociologist and author of over 30 books, including "If God Is Your Co-Pilot, Switch Seats" (Hampton Roads).