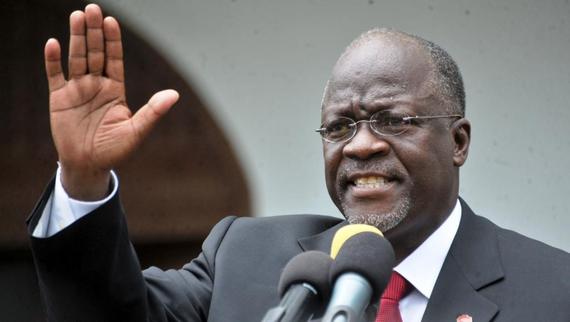 Since being sworn in as Tanzania's president on November 5, John Magufuli has been cracking down on corruption and wasteful spending, which are problems that continue to plague many African nations. Among Magufuli's measures includes cancelling Tanzania's Independence Day celebration and instead using the nation's funds to battle the cholera outbreak. Rather than celebrating Tanzania's independence with an elaborate ceremony, Magufuli called on citizens to clean up around the country. Magufuli himself participated in these efforts by personally cleaning up the rubbish outside of the state house. He has banned unnecessary foreign travel for government officials. He reduced the cabinet from 30 ministers to 19. After witnessing patients sleeping on the floor at the state hospital in Tanzania's capital, Magufuli fired the managing director of the hospital.

Magufuli previously served as Tanzania's works minister. In this position he earned the nickname the "Bulldozer" due to his ability to expedite the construction of roads. Although Magufuli has been in office for a few months now, his reforms are making him a very popular leader in East Africa. "What Would Magufuli Do" has become a popular trend on social media in Africa, in which people post pictures of themselves applying Magufuli's values to their daily lives by saving money in ridiculous ways. 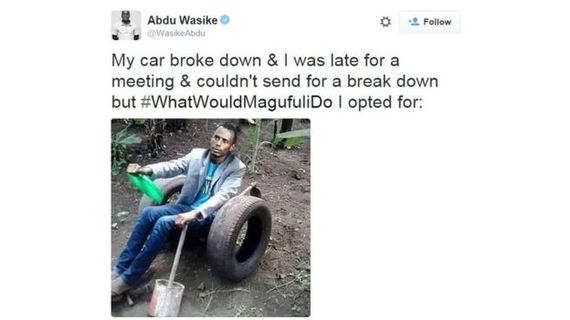 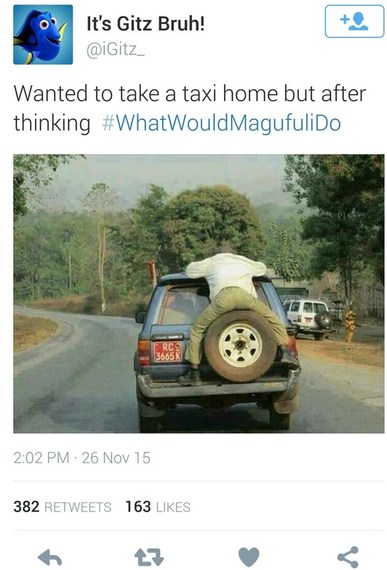 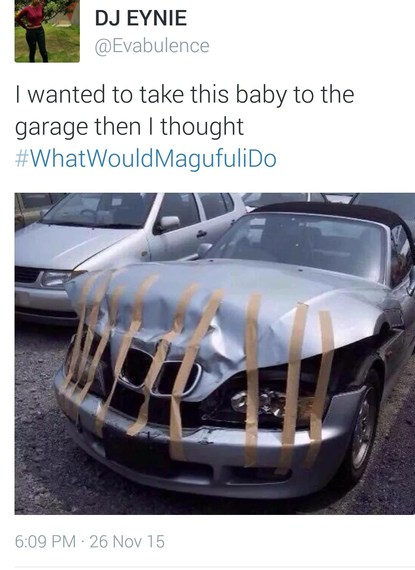 Magufuli's reforms are much needed in a continent where corruption remains an issue. Just recently in Nigeria there was a scandal in which the Nigerian Senate bought exotic cars for over 100 senators. This decision is extremely costly for the Nigerian taxpayers, who are already dealing with a number of issues including lack of electricity, inadequate medical care, and crumbling infrastructure. This also goes against a policy which prevents agencies of the government from purchasing new vehicles.

The Nigerian situation is reminiscent of an incident that happened in Zimbabwe in 2013 in which the government spent US$20 million on luxury cars for government ministers. Zimbabwe has been among the poorest countries in the world, but this has not prevented wasteful spending on the part of government ministers. Tanzania itself has had issues of its own with corruption over the years. In 2014, donors suspended $500 million in aid when it was revealed that $180 million had been taken from Tanzania's central bank. Edward Lowassa, who was Magufuli's opponent during the last elections, previously served as the Prime Minister under President Jakaya Kikwete. Lowassa was forced to resign as Prime Minister in 2008 after being implicated in a scandal, although he denied being involved.

How successful Magufuli will be at addressing Tanzania's economic problems remains to be seen. Critics remain skeptical over just how long Magufuli's reforms will last. Others have pointed out that Magufuli is far from the first east African president to promise to battle corruption and that such promises in the past have proven to be empty promises. Cynics also point to the fact that Magufuli is still a member of the same Chama Cha Mapinduzi (CCM) political party which has overseen the very government corruption that Magufuli is combating. Whatever the case may be, Magufuli has already taken steps to curb corruption and waste in his nation which African leaders would do well to follow.