As historians Daina R. Berry and Jennifer L. Morgan conclude in #BlackLivesMatter Till They Don't: Slavery's Lasting Legacy: "We live embedded in the afterlife of slavery. We are a nation that has failed to grapple with our past." Indeed, many of our historical sites have yet to accurately or fully portray our history. On a recent trip to Washington, DC I took the opportunity to visit the remains of Abingdon Plantation, just steps away from the main terminal of Ronald Reagan National Airport, and I was both pleased and disturbed by the experience. 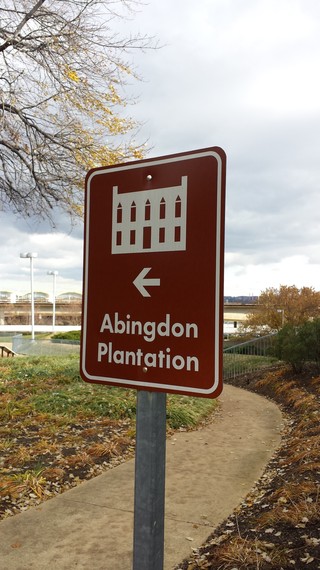 What many don't know is that the airport sits on land that was once a 1000 acre plantation. Archeological work at the site uncovered items that show the site encapsulates our nation's history. It was once inhabited by Native Americans and was later a large plantation before becoming carved up by development in the area. The ruins of Abingdon were preserved and today are open to tourists who venture the short walk from the main terminal. But Abingdon Plantation is a resource with great potential that has yet to be fully realized; nowhere at this National Park site is there any mention of slavery or the enslaved people who lived there.

Since 1998, Abingdon Plantation has been open to visitors but few have gone there. The small grassy hilltop is a peaceful park-like setting with informational placards and brick foundations of what was once the plantation house and an outbuilding that was a kitchen or laundry. Visitors can learn that the property was once owned by George Washington's stepson and was the birthplace of his step granddaughter Nelly Custis. It was also once owned by the Alexander family for whom Alexandria Virginia is named. 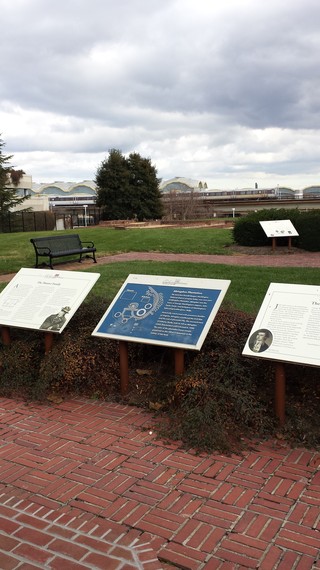 Colono Ware found on the site is described in an exhibit inside the older airport terminal that contains the only reference to slavery related to the site. "Colono Ware combines traditional Native American and African construction methods with European vessel forms. Those Colono Ware fragments were part of bowls probably made and used by slaves for soups and stews. Unfortunately, few historical records exist to help historians and archaeologists understand slave life on Abingdon Plantation."

In some ways it's actually fortunate that the house hasn't survived and wasn't recreated by later efforts. It fell into disrepair and was finally destroyed by fire in 1930. As historians Jennifer L. Eichstedt and Stephen Small have remarked, plantation home museums often over-emphasize architectural beauty and dwarf the full history of plantation life for the majority of those who lived there. Similarly, historian Kami Fletcher has echoed this concern about the plantation house as the symbol of the plantation, which was so much more -- an economic engine, a site of enslavement, and a place of labor. At Abingdon, the remains of the kitchen are as prominent as the remains of the main house. The absence of an ornate plantation house in many ways allows for greater reflection on what was the plantation and what occurred there. 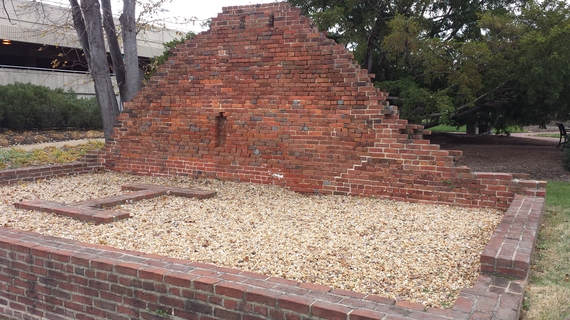 If further developed, the site itself could serve as an introduction to a host of other related historical tourist destinations in the area, including George Washington's Mount Vernon and Arlington Cemetery, which was a plantation also owned by George Washington's stepson and upon which his son would build Arlington House. The Capital and White House could be tied-in given that slaves from this plantation almost certainly helped construct those now iconic buildings. A number of museums could be featured here, including the Smithsonian National Museum of African American History and Culture now under construction on the Mall, the nearby Alexandria Black History Museum, and a National Women's History Museum (should it ever be built). Artifacts reflecting Native American life have been found at the site and could be useful as a way to introduce tourists to the exhibits at theSmithsonian National Museum of the American Indian. In short, this site could serve a broad range of existing institutions that in turn could help develop it.

The next time that you're in Washington, DC, stop by the remains of Abingdon Plantation and reflect on how it symbolizes our nation's history. It is indeed an apt historical site for our national airport but one in need of further development to fully recognize those who lived and died there and to do justice to our nation's rich and complex history.