REITs (Real Estate Investment Trusts) were first allowed for in the United States in 1960 when President Eisenhower signed into law the REIT Act. This act gave investors the option to invest in income producing real estate in the same manner as other types of assets. 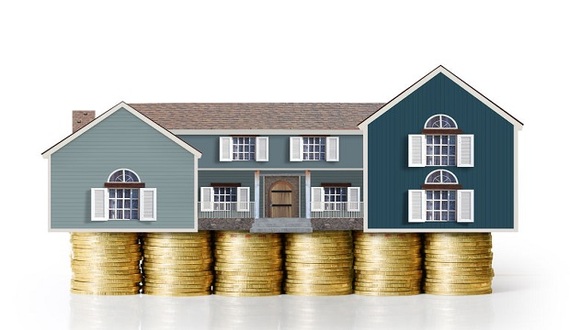 A REIT is any corporation, trust or association that acts as an investment agent specializing in real estate and real estate mortgages. It avoids most or all of their tax liabilities by deducting the dividend it pays to its owners. REITs typically owns, and in most cases, operates income-producing real estate. REITs own many types of commercial real estate, ranging from office and apartment buildings to warehouses, hospitals, shopping centers, hotels and even timberlands.

To qualify as a REIT under U.S. tax rules, a company must:

Unlisted, or non-traded, REITS differ from listed REITs in that they are not traded on an open market. Rather, non-traded REITs are sold to investors who then hold the product until the end of an investment term.

The value of a non-traded REIT is set by the very companies which sells it. Unlike a listed, or public, REIT which is valued daily based on the market in which it is traded, a non-traded REIT's value is determined by the staff of the REIT, or sometimes by a third party consultant paid for by the REIT.

Non-traded REITs also force investors to sell their shares through the REIT's own procedure. The usual procedure is to sell shares through a redemption program, however, many such programs have been suspended due to adverse financial conditions when many investors attempt to redeem their shares at once. The consequence to investors is that they are stuck in the investment until the redemption program is reinstated.

Brokers should be wary of which REITs they recommend to their customers. There is considerable due diligence that a broker needs to conduct before they can reliably recommend a particular REIT to a customer. Often REITs generate a high commission for the broker, so this can be an even greater temptation to push REITs on customers. Unfortunately, as the late 2000s financial crisis taught us, property can be just a volatile as a regular security and can be tougher on an investor's portfolio as their inherent illiquidity can make them tough to impossible to sell.

To learn more about Richard Frankowski, visit The Frankowski Firm.

About the Author: Richard Frankowski is licensed in Alabama and Florida and a Member of The Frankowski Firm, LLC, Mr. Frankowski's practice focuses on complex consumer and commercial litigation with an emphasis on securities litigation and arbitration. He has participated in class cases pending in Alabama, California, Florida, Massachusetts, New York, North Carolina and West Virginia. Mr. Frankowski has represented hundreds of consumers in over 80 FINRA arbitrations. These cases have involved claims of suitability, churning, fraud, negligence, and violations of state securities acts.