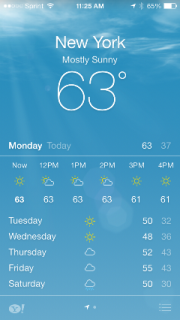 My husband and I were in New York City recently to enjoy spring break with our daughter, a freshman at NYU. We inhaled the scenery, savored our time with Katie and watched people ignore not only the scenery but their companions -- who weren't, apparently, as interesting as their screens.

This phenomenon isn't unique to New York, of course. But with so many more people crammed into so much less space, I decided to meditate on the lives I sampled -- and to renew a few promises to myself.

You know the kind. The kind who makes you wonder if she'll ever stop talking, because she doesn't appear to take a breath -- let alone give the person she's talking with a chance to respond. What's he doing, anyway? Ironing? Coding? Blocking her number?

I resolved to do less than my fair share of the talking.

I once read about a woman whose daughter was compulsive about recounting every detail of her every move to her mother. I can't remember if the anxiety disorder even had a name. I just remember aching for both mother and child.

Giving someone a step-by-step account of your trip through the grocery store probably can't be classified as pathological, though it might be considered pathologically boring.

I resolved to share updates when they're interesting or useful, and keep it zipped otherwise.

I fall for it every time. I hear a voice in the stall next to mine and instinctively reach for the toilet paper. That's the only reason you'd talk with a stranger in the bathroom, right? Except my neighbor isn't talking with me. She's talking with someone who may or may not know he's being spoken to from a bathroom. When my daughter's in this situation, she instinctively reaches for the handle and flushes the toilet.

I resolved to be more playful. Like my daughter.

"No!" the man on the phone says, as he proceeds through the checkout as if he's forgotten why he's there. The gal ringing up his groceries pauses, the fruit she's about to bag suspended in midair like a tropical question mark. A flash of recognition crosses the man's face. He stops, and waves her on. He isn't talking with her, after all. But how would she know?

She continues ringing up the order, and nothing in her demeanor suggests she wants to do what I'd find difficult to resist -- glare at him and his little screen until they go ignore someone else.

I resolved to smile a little bigger at the checkout gal when my turn comes. She's earned it.

"So the grownup suit is scolding the baby suit," I told my husband after listening to what appeared to be a grown man belittling another grown man for doing something without permission. "Baby suit?" my husband asked, latching on to the only part of my recap that interested him. "Did you come up with that?" I had. And what Darrell lacked in interest I more than made up for with smug, knowing I'd never scold a colleague in public -- even if he couldn't see the people he was being scolded in front of.

I resolved to be even better about keeping private conversations private.

I steal a glance at her from across the aisle of the train to Bronxville. She's decked out in her cool corporate uniform of black top, black slacks and black boots. Her ears are glued to the phone, her face nondescript -- think middle-aged and resigned to life versus sparkling eyes -- and her demeanor, conspiratorial. She talks with her subordinate in a low voice that suggests the two of them are discussing Very Important Things. The conversation's sprinkled with "keeping it close to the vest" and "going in for the kill" and "circling back after your vacation."

I resolved to use less jargon and fewer clichés. But the outfit? I'd substitute a black skirt and tights for the slacks. Otherwise it's the classy look I aspire to.

You probably know at least one person who can cram an eight-hour day into twelve hours. One reason? The ability to stretch a bit of gossip into hours, literally hours, of: "Well, I suppose I should get going..." Yes. Let's all get going and get on with our lives!

When I'm subjected to this particular brand of boring from the person next to me, it's all I can do to keep from grabbing the phone and turning it off. You know, like Vivian did with Edward in Pretty Woman when his conversation threatened to ruin their picnic.

I resolved to find the silver lining more often. Better, after all, the cell phone talker is having a conversation with someone other than me. Better for him, and better for me.