A cold sweat pricked its way up the back of my spine. My mouth went dry as I tried to breathe into the fear and keep my panic down. Though I knew that I wasn't in mortal danger, a rising tide of anxiety threatened to engulf me.

I slid my portfolio of new work to the woman across the table. She picked the prints up slowly, letting her gaze linger on them for a moment. Then she looked me directly in the eye.

A buzzing in my ears started to drown out the rest of the sound in the room. I felt as though I was completely and utterly on display. And despite a voice screaming inside of me that I should hide this work so that it could never see the light of day, something else had compelled me to begin sharing it.

The journey of creating the work had traced every aching moment in my life in the past ten years, and now it lay on the table between me and a stranger completely open for judgment. Part of me felt as though I deserved scorn and rejection for the brutal vulnerability and shame that I was sharing in this work.

But what happened instead was beyond anything I could have ever expected.

"This reminds me of me," said the woman, lightly tracing her finger across one of my prints.

She looked down momentarily with her shoulders slumping. "I was dissociated for many years."

And then she began to tell me about her childhood, the abuse she had suffered and how many years it had taken her to heal from that pain. Suddenly the woman across from me was not someone who was going to judge me or my work; we no longer occupied static roles of artist and observer. We were simply two human being who had given each other permission to tell our stories without shame or judgment.

And that day a light bulb clicked on for me and my fear became a valuable companion for me in my creative journey.

Experts will tell you that fear originated within humams for a reason: to keep us safe, close to the tribal fires and away from the very real predators of the wild. Human beings have an innate need to feel like they belong within what author Simon Sinek refers to as a "Circle of Safety." When we begin to explore outside of the comfortable parameters that society dictates, we ignite that innate fear and it tells us to return to safety of what is known and accepted.

As artists, many of whom already exist at the fringe of that "Circle of Safety," the fear of being truly seen in our work can be crippling. Our truth might push us completely outside of that circle.

Often times that fear means that we never create our greatest work and instead hide in safety. The irony is that fear and desire tend to walk side by side. The greater our fear, the deeper and more intrinsically our need is rooted within us.

For years I let my fear silence me in my work. When my creativity began to edge into my truth, I would panic and shut it down. Because of that, my work always tended towards safe subjects and never became anything I identified with too deeply. As I began to follow the breadcrumbs and edge into creating work that made me uncomfortable, my creative desires became more and more satisfied.

When I finally decided that I would share my story and truth through my work, the fear almost crippled me. Yet at the same time, the work I was creating resonated with me on a deeper level than I had ever experienced before. That work addresses growing up in a religious group, referred to by popular media as a primary example of a cult, as well the internal journey that I've had to go on in order to claim my identity and femininity since leaving.

In a very real sense, I had left the tribal fires of my youth and ventured out into what I had been taught was a bleak cultural darkness. Fear accompanied me every step of the way, telling me to turn back; as desire pulled me further into my journey, my fear became louder.

The fear was real. It was raw. But it was also my greatest teacher.

I had learned to hide all of my life. It had kept me safe growing up in an abusive and controlling religion. Being seen had always meant being forced back into submission and being shamed for my inability to conform. 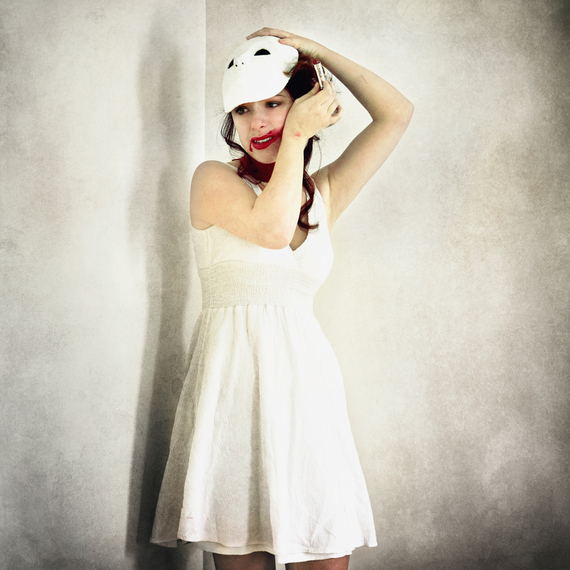 My fear was that in creating truthful work, I would finally be seen and would no longer be able to hide behind a safe facade. Yet when I consulted my desires, that was exactly what I wanted and what had lead me out of that religion in the first place. Creatively speaking, my fear and desire were walking hand in hand.

When I started sharing my work and my message, others began to share their stories in return. A dialogue had opened up. I began to hear that within my work, others found the strength to break through their fears, own their voice and access the words with which they needed to share their stories. It was in that dialogue that I found my mission. 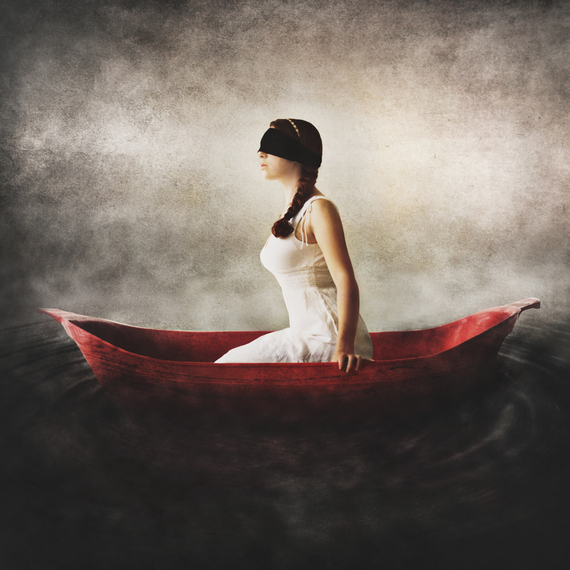 My fear taught me that our truth might be the most potent thing that we posses. It has the power to change our lives, it exposes us and in sharing it we may indeed be expelled from a warm safety we had enjoyed. But the louder our fear, the stronger our calling to share that truth with the world is.

When we share our stories and our truths, we give others permission to share theirs as well. In that there is healing, and in that there is safety. We have an immense potential to create new and beautiful circles in which others feel safe and seen. Our truth can have the power to heal us and new tribes in need of our message. 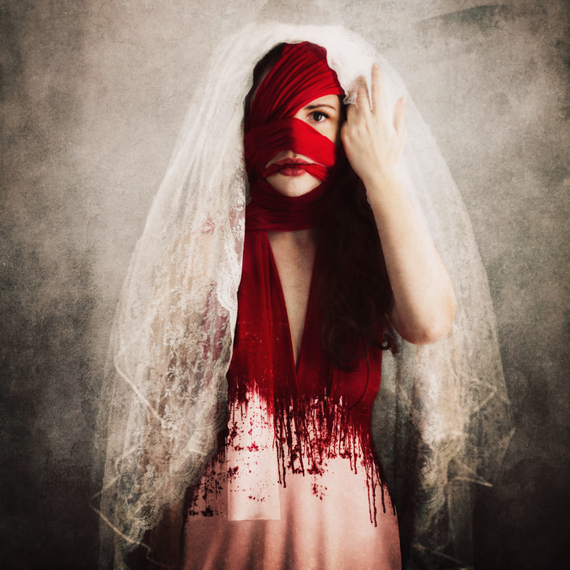 In that sense, our fear is a powerful tool and a useful barometer in our creative endeavors. It gives us important information about the value and desire around our work, and what it offers to those who need it.

So the question now is: what are you most afraid to create?

Your fear might guide you to your greatest creative truth.