Old dogs can be a gift because so many are really incredible beings and because of the many lessons we can learn from them in their waning days (please see, for example "My Old Dog: Rescued Seniors Show that Old Dogs Rock"). A web search for "why old dogs are so awesome" lays out numerous reasons why old dogs really matter, how to care for them, and why it's a great idea to adopt one.

I began thinking of this question focusing on the many senior dogs with whom I've had the pleasure of sharing my life. I also talked with "end of life decision" expert Dr. Jessica Pierce who has written many essays on this (please see, for example, "4 Care Commitments" and the essays that follow) and also a wonderful book called The Last Walk: Reflections on Our Pets at the End of Their Lives.

In The Last Walk, Dr. Pierce writes about her friend, Pansy, who was warned by a veterinarian that she shouldn't let her elderly dog, Finn, run around because Finn had a heart problem. When the woman resisted invasive surgery, the veterinarian became testy and scolded her saying, "You don't want Finn to die chasing a rabbit, do you?" Pansy replied without hesitation, "That's exactly what I want" and grabbed Finn's leash and they walked out the door. (p. 119)

I was faced with a number of heart-wrenching situations with some of the senior dogs with whom I shared my home, and one example that fit right into the question, "What's a good life for an old dog?" centered on a large malamute aptly named Inukpak, or Inuk, which means "person" in North Baffin Inuktitut. Indeed, he was quite a guy and I often thought of him as being as "human" as my human friends.

Inuk was a very fit dog, getting regular long runs as he was a mountain dog, and very healthy for 13+ years. But, he declined fairly rapidly due to a gastrointestinal problem, so the veterinarian to whom he went and really liked prescribed a large orange pill, as I remember it, that had to be shoved down his throat. There was no guarantee that the pill would work but it was worth a try. To say the least, Inuk hated the pills, and after having three a day for four days, he ran away when he knew the pills were coming no matter how softly I spoke to him. He'd cringe in the corner of his large outdoor run or scoot up the dirt road as best he could. No one seeing him would draw any conclusion other than he didn't want to take the pills. If Inuk were a human, and in many ways he was, there wouldn't have been a shred of doubt that the pills were not at all welcomed. Inuk also did not appear to get any better and clearly was telling me no more pills, please.

What to do? We considered different alternatives and then decided (without asking the veterinarian, but letting her know what we had decided to do) that because the pills weren't working and were causing him a good deal of unneeded and obvious emotional distress, Inuk should spend the last weeks of his life enjoying every single moment as much as possible. He loved ice cream, so that's what he got. Every day he got a frozen pint of ice cream and he worked on it for hours on end, tail wagging, ears up, and clearly enjoying every second of this special treat. And, most remarkably, after a few days, he had more energy, took longer walks up the road, played with some with his dog friends who lived up the road, and loved to snuggle once again.

So, am I happy with how Inuk spent the last few months of life? I am, indeed, even if he might have had a few more days on earth if he'd gotten the awful pills. Would I do something similar again? Yes, I would, without a doubt. I mean this with all my heart.

After Inuk passed on, I felt badly for giving him the pills and after a few weeks of beating up on myself, I let it go. I'd learned a valuable lesson, and that's what counted. And the other dogs with whom I've shared my life or to whom I became closely attached, would be treated similarly if it were clear that standard drugs didn't work or they caused far too much stress. Indeed, that's what I chose with my wonderful dog mate, Jethro (pictured below). His favorite fare included bagels and tortillas filled with black beans (and they didn't make him gassy)! 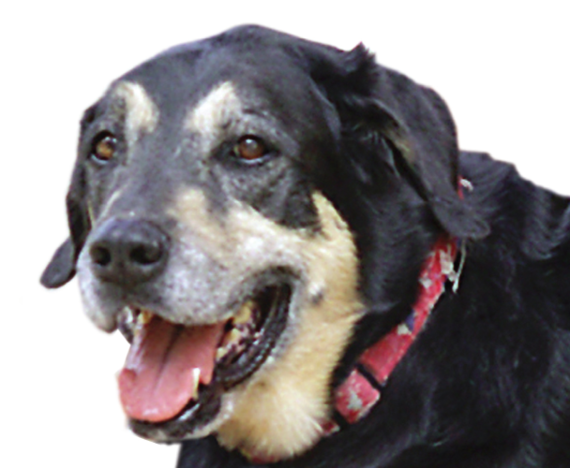 Dr. Pierce has also told me that many dog caregivers seriously struggle with balancing the benefits of treatment against the burdens of care, and hospice veterinarians are especially cognizant of the burdens, like Inuk's displeasure, and weigh that into whether a treatment is "working."

So, a tasty treat is far better than a nasty pill with major emotional side effects including extreme fear and anxiety (and there also may have been significant physical side effects as many drugs have pages of negative side effects associated with them). I feel the correct decision had been made -- Inuk had a good life and the best he could have as his time on earth grew short -- and I know others who have followed a similar course of action. It's quality, not quantity, that counts.

I only hope someone will make a similar decision for me if a comparable situation arises.