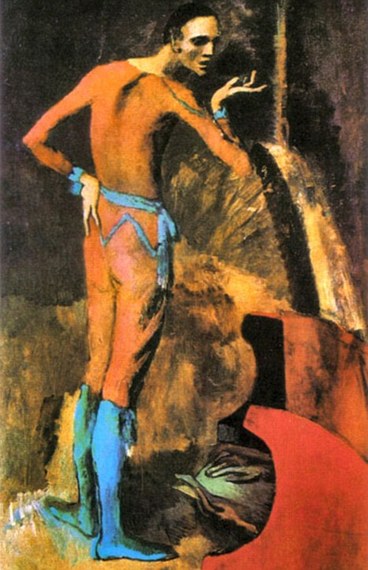 British theater Critic Matt Truman asked, "How much control do actors actually have?"

Some say that film is the director's medium, that television is the writer/show-runner's medium. Is there an actor's medium?

Film, television and theater all require the collaboration of dozens to hundreds of artists. Film and television, however, rely on sound and images, both of which can be digitally created. Theater requires the actor.

I earned my Equity card at age 16 in The Goodman Theater's World Premiere of Wole Soyinka's Death and the King's Horseman. Since then I've had the privilege of collaborating with the writers, directors and designers at the inception of the production process. I realize that my experience is the exception and not the rule. I have almost exclusively performed in original works. I have always been in the room where it happens.

Is the theater founded primarily upon the director's vision? And if so, why don't we have "reality theater" where a director grabs contestants off the street and sticks them on stage?

Is theater founded primarily upon the playwright's vision? Theater Companies like The Signature operate from this premise. And the theater does require a writer's invention and language in a way no other medium demands. Yet playwrights/composers/librettists don't just pull people off the street to say the words and sing the songs.

Because in the theater, an audience pays to see gifted, skilled, craftsmen/womyn perform. For me, the elephant in the room is that the actor has ALL the control. Oh my God, I said it.

Unabashedly, this is why I love theater so much. Actors are alone with an audience making magic every performance. Like great sex, it's orgasmic for the actor and for the audience.

Scores of smart, talented people put a plethora of expensive resources into the hands of actors while behaving as if we can neither be respected or trusted.

We are often treated and spoken of as childish, frivolous, expendables. And to that I say, "I know I am replaceable. But then you won't have me. And I know that I add value."

It's a risky business relying on actors; actors can: not show up, flub lines, change blocking, forget costumes, they can mess up a performance. I don't know any actor who would deliberately choose to do any of these things. However, the fact remains that it is, and always remains, in the actors' power to choose what they will or will not do at every performance. The producers, directors, writers and crew count on actors to fulfill the expectations of others at every performance.

Yet, we often are treated as a dispensable commodity.

Once, a director berated a cast I was in telling us, "We know what we are doing, so if you don't understand the show, that's just your fear and negativity. Don't let your insecurity get in the way of the great show we know we have."

All I could think was, "Wow, let me get my fear and negativity out of your way." The other actors must have felt the same way, because the entire cast quit; and the show never happened. I'm told that it was the first time in the history of Actor's Equity that the actors withdrawal ended the life of a show.

Ego and fear often prevent actors from exercising our power. But even that is our choice. Many actors prefer to do what they're told rather than risking the consequences of asking a question, making a suggestion or "just saying no" to words and actions they find harrowing.

My experience is that the great writers and directors (I have had the privilege of collaborating with many) let the actors show them what they have in mind. They listen and find ways to incorporate the actors' choices into the work. Because they've learned that trust and respect can elicit great performances. Further, once the show opens and the writer and director leave, the trust and respect ensures the actor to maintain the show as rehearsed. Without that bond "The bear is gonna do what the bear is gonna do."

William Esper taught me that actors are responsible for their work and for the people they choose to work with. Actors have the choice; to do as they're told, to follow their soul, or to walk away. Every choice has consequences. When you turn something down or walk out on a show, those people may not work with you again, they may tell other people not to work with you, they may talk about you, you may get a bad reputation, you may have to take a job in another profession, you may have to go bankrupt or go on welfare.

I advise my students to do what they can live with at 4:00 a.m. when the voices of both the supporters and the detractors are silent. Each of us is solely responsible for our own soul.

The actor is the soul of the theater. A stage play or a musical, without the actor, is just words on a page. Audiences come to the theater to be up close and personal and in the room with actors risking, daring, doing what most of them can barely imagine. In this respect, actors are goddesses and ministers of the soul.

Actors have all the control. We are uplifted by our collaborators. Too often we look outside ourselves to validate our creativity. But when we are treated with respect and trust, we dare to fail, and often stumble upon brilliance.

Great actors can make bad plays and bad directors look good. The only thing not in the actor's control is the response of our collaborators and our audience.