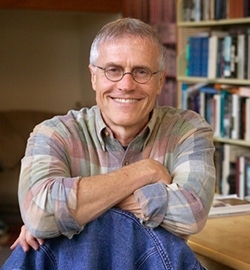 Paul Hawken shares his perspective on carbon--viewing it as the foundation for life rather than the cause of our problems. In this interview with Omega, he shares his beliefs on a sustainable economy and his hopes for the future.

Omega: In your presentation at the 2013 Where We Go From Here Conference, you stated, "Carbon is not our nightmare. It's the answer to our nightmare." Can you explain your perspective on the role that carbon plays in our lives?

Paul: I think the most interesting thing is that, with the initiative to forestall climate change, carbon has been conflated with hydrocarbons. You have terms like "carbon pollution" and "carbon footprint," and carbon is not the problem at all. First of all, we're the problem. Second of all, it's the combustion of hydrocarbons that's the issue, not carbon per se. And carbon, as I said, is a molecule, the element really, that holds hands and vibrates. It is not just the basis of life, but it's the most extraordinary atom--and the possibilities for carbon, both in the natural world and in a world of innovation, are just extraordinary.

What I'm trying to do in my upcoming book Carbon: The Business of Life is restore carbon to its proper place, which is our ally, and to celebrate carbon. The more carbon in the soil, the healthier the soil is. One of the major sources of carbon is soil--land, deforestation, and farming. It's almost 4 billion tons a year. And the biggest source and sink of carbon is soil, is land. It's the plants and the soil. With that alone, if we can imagine reversing that 4 billion ton emission to 4 billion ton sequestration, that's an 8 billion ton flip in the 18 billion tons annually that goes up to the atmosphere.

When we go around saying carbon is bad, I think it is just such a violent misappropriation and misunderstanding of nature and our relationship to carbon. Essentially, that is what the book is about. It's also about enchantment. It's about mysteries, about falling in love. It's about stories of the earth and life and planet and us and human invention through the eyes of carbon.

Omega: In his keynote presentation at the conference, President Bill Clinton said that you inspired him and showed him that you can make money and save the world at the same time. Do you feel like that is what you have been proving to yourself over the last few decades?

Paul: Well, it was likely 30 years ago when he read The Next Economy, while he was still governor, but what I was saying is that you can either steal the future and sell them the price of ecology free, or you can actually heal the future by building up our natural assets. You can build up the soil fertility, forests, waterways, and so forth, and that has value, as well, to the present--and believe it or not, you can monetize that. You can monetize either stealing or healing. It sounds like, at least the way Clinton said it, you can make money and save the world. That's not exactly what I said; it's what he concluded. I wouldn't argue the conclusion so much as the underlying economic paradigm, which is that the only way you can make money is to extract, steal, take, and externalize costs. That isn't the only way; that's just the way we've chosen.

For instance, every company invests in research and development and things to build up assets for the future, and nobody questions that allocation of capital; while it doesn't have any return in real-time, if corporations didn't do that they would disappear. But if we talk about doing that on a global level, on a level of natural capital, that is, the resource level, the ecosystem level, people think, "Oh, no, that doesn't pay." Yes, it does. Of course it does, because we're human and we draw from our pollinators, from our forests, our watersheds, the air, and our soil in particular. If we restore these natural resources and make them richer, better, more interesting habitats for life, we benefit; humans benefit. It is reductionist in the sense of getting to monetize something that should never be monetized.

Omega: In light of the Global Climate Report from the UN Intergovernmental Panel on Climate Change, which proposed a clear target level at which humanity must stop spewing toxins and carbon into the atmosphere, how do you maintain your personal sense of optimism about the future, as well as your ability to still inspire?

Paul: It's like the Wendell Berry quote, "Be joyful though you have considered all the facts." If you know the facts and you go into a deep dive, then you're pretty useless to yourself and others. The question I always ask is, "Is this happening to us or for us?" If you think it is happening to you, then you're separated and isolated and the world has been divided into two. When you have that sense of connection and infinite permeability, that it is one system in which everything shares a body, then you have to look at climate change as something that's happening for us, not to us. It's a transformation that transforms everything, and it's a gift. We need to say, "This is the future. This is telling us that everything we do and take for granted needs to be reimagined." 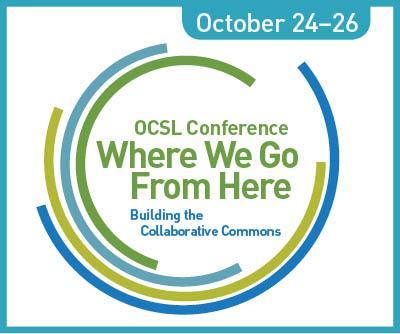