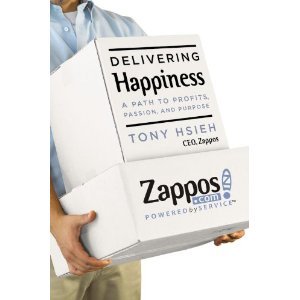 Over the past few weeks, there's been much written about Zappos' recent adoption of Holacracy--with most observers questioning the wisdom of CEO Tony Hsieh's bold move to transform the innovative retailer into a bossless company. The business pundits wonder why Hsieh is tinkering with the wildly successful start-up, which despite having less than 2,000 employees, has become the darling of both mainstream and social media headlines. What's the motive for embracing a radically different management structure when Zappos has already become a new fixture on Fortune's list of the "Best Companies To Work For"? Perhaps, some speculate, operational issues or weaknesses in their distribution channels might be getting in the way of Zappos' quest to "deliver wow." Others wonder if the unconventional CEO has fallen victim to the trap of impulsively embracing "change for the sake of change." One fact all the doubters highlight is the recent departure of 210 employees, each of whom elected to take a severance package rather than work in workplace with no bosses. The general sentiment of the pundits is that the loss of 14 percent of an organization in one day is clear proof that something is obviously awry.

Why Mess With a Great Thing?

There's little doubt that Hsieh is conducting one of the biggest experiments in management history. Whether Zappos will sustain its meteoric success without a traditional hierarchy or destroy its celebrated culture by self-destructing into anarchy remains to be seen. However, most of the commentators seem to question whether this risk has any real reward. After all, implicit in most of their concerns is the age-old conventional wisdom, "If it's not broke, don't fix it." But what bothers them most is why Hsieh is messing with what is obviously not just a good thing, but a great thing. Perhaps the motive behind this bold experiment is to make sure that Zappos will always pass the "School Bus Test."

The School Bus Test, as described by Simon Sinek in his best-selling book Start With Why, is the answer to the question: Would the organization continue to thrive at the same pace if the founder or leader were to be hit by a school bus? In other words, will the culture of an extraordinary organization extend beyond the lifetime of its founder?

While Zappos is widely recognized for leveraging its great culture to create a great company, the emphasis the organization places on culture has been strongly nurtured by its CEO. But what will happen when Hsieh moves on? After all, there have been other companies renowned for their great cultures that have waned over the years after their founders were no longer a part of the picture. Perhaps, in going bossless, Hsieh hopes to emulate the example of another company noted for its great culture that has clearly passed the School Bus Test, W. L. Gore and Associates.

Gore, one of a handful of companies that has made Fortune's annual list of the "100 Best Companies To Work For" in every year the list has been produced, was founded in 1958 by Bill Gore. Right from the start, Gore wanted his new company to be very different from the traditional enterprises of the time. He wanted his company to be an incubator of innovation and a model of collaboration. He quickly realized that the key to creating a culture that naturally enabled both innovation and collaboration was to make sure that no one in his organization, including himself, would have the authority to kill a good idea or keep a bad idea alive. That meant there would be no bosses in his new company. And so, Gore designed his organization as a self-organized peer-to-peer network rather than a bureaucratic top-down hierarchy.

For those who wondered how anything would get done if there were no bosses, Gore handled that problem by establishing an innovative performance system that holds people accountable to their peers, and in the process, demonstrated that peer accountability usually drives a higher level of performance than holding people accountable to single supervisors. After almost 60 years, Gore is today a $3 billion enterprise with 10,000 associates in 30 countries, and quite impressively, has made a profit in every year since it began marketing its products.

Why The Reward Is Worth The Risk

Most importantly, Bill Gore and his company passed the School Bus Test in a way that seems to have eluded companies that have permanently faded from "The Best Companies To Work For" list. Although these businesses had built innovative cultures, most of these organizations maintained a basic--albeit loose--hierarchical structure. But it was enough structure to allow future leaders to significantly alter the cultures that defined their early years. However, because Gore had eliminated all traces of hierarchy from his organization, no one has ever had the authority to kill the culture he cultivated and, today almost 30 years after his death in 1986, the company continues to thrive as a self-organized network.

What's happening at Zappos--despite losing 14 percent of their employees in one day--is probably a good thing in the long run. If the people who left are those who could never adapt to a self-organized company, then it is probably best for both them and Zappos that they have moved on. What's encouraging is that 86 percent of the workers declared themselves "all in" to this bold experiment. As those that remain continue to learn how to self-organize their work, they can take comfort in knowing that self-organization has been done before and has worked out very well. The reward is worth the risk because the greatest risk is not passing the School Bus Test. By embracing Holacracy and self-organization, the workers at Zappos have the chance to pass with flying colors.