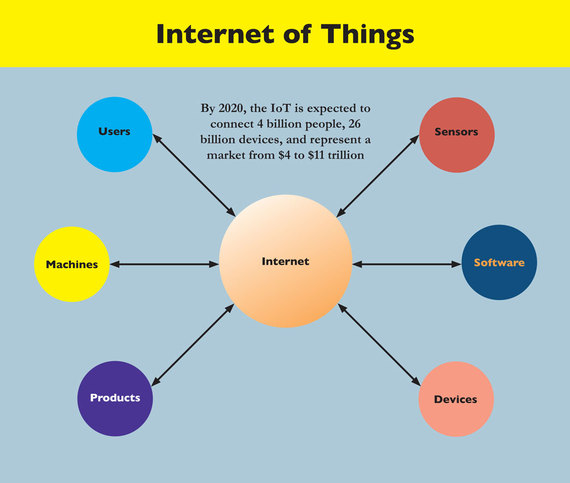 Ever since personal computers began to creep into our lives in the mid-to-late 1970s, people have been talking about home computers and home computing. Microprocessors and high-tech sensors were going to be embedded into everything, and we were going to live in smart homes, drive smart cars, and rely on robots and other devices to do all the things that we either could not do well or did not want to do. As we were told in grammar school, things would continue to get easier and we would live happily ever after.

Well, some of these fantasies have come true. We carry very powerful devices in our pockets that can do a great number of things, smart driverless cars are on the horizon, and many appliance makers are putting smart devices into their products that will tell us when we need to buy more food, order more supplies, or if and when our "things" needs to be serviced or fixed. These are all great benefits. Even so, we have learned that, along with these benefits, we are too often plagued by side effects that cause us to wonder... Do we have more time? Are we better off? Are we happier?

In his book Future Shock, Alvin Toffler told us that for every modern convenience, there is an equal and opposite inconvenience. If you watch the news, you might think that Alvin was right. While new technologies and products come with great benefits, we have learned that these benefits often come with new problems that typically fall into at least three categories:

One thing we know for sure is that operators are making more errors. Distracted drivers cause 40% of traffic accidents, and according to the National Highway Transportation Safety Administration, (NHTSA), they cause 10% of all fatal crashes and 17% of injury-causing accidents.

Despite these side effects, according to International Data Corp (IDC) the Internet of Things (IoT) is expected to explode to a $4 to $11 trillion market by 2020. Because it already is, and will continue to be, an important and rapidly-growing market, it behooves marketers, designers, manufacturers, and consumers to learn as much as they can about the IoT - what it is, what it can and cannot do.

If you ask 10 people "What is the Internet of Things?," you are likely to get at least 10 different answers - varying from blank stares to long-winded explanations. To be useful, the Internet of Things (IoT) should be easy for everyone to understand. It can be boiled down to the following three main elements:

What it can do

As with computers, the IoT can do just about anything its hardware and software is designed and programed to do. That's the easier part. The harder part is getting all the players to cooperate for the IoT to reach its potential - governments, companies, users, and interest groups.

As science has taught us, with every action, there is an equal and opposite reaction (the basis for Alvin Toffler's quote). This is one reason why some believe the IoT has been slower to develop than originally thought. To be more specific, there are various limitations that are preventing it from realizing its potential sooner rather than later.

Despite any drawbacks IoT is likely to prevail

No matter what the obstacles, the IoT is likely to charge forward because of its potential to save and improve lives, give users piece of mind, and save time. After all, people want to be able to (1) check on the kids when they leave them with the baby sitter or find them when they get lost in a department store, (2) make sure they locked the door or turned off the oven, or (3) notify the doctor right away if they are experiencing a life threatening event. For companies that want to sell their IoT related products and buyers that want to use them, the IoT holds great promise. The more buyers and sellers know about the benefits and potential pitfalls, the more likely they can enjoy the benefits without suffering serious consequences. Since the IoT can do a lot of great things, it is important for buyers and sellers to better understand it so they can help to overcome the obstacles for the greater good.