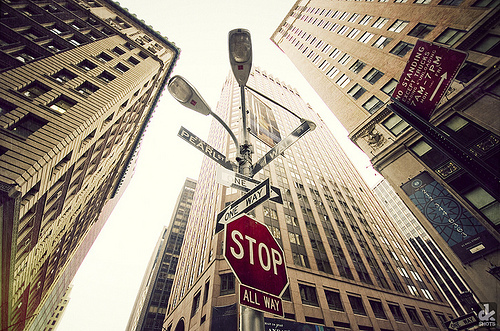 In New York City, there are dozens of neighborhoods to visit and while their names may seem simple, many of them are actually abbreviations, acronyms or portmanteaus.

"Neighborhoodification" has been occurring over the past two decades when new boutiques, trendy restaurants and hip residents move in to a particular area and create one of these unique names. Confused yet? Here is the name breakdown and lowdown for five popular NYC neighborhoods:

Blocks of boutiques, famous name-brand shops, and cafes make Soho a more-than-desirable spot for an afternoon of shopping and lunch. In this historic cast-iron district, you will experience beautiful architecture and various art galleries, featuring artists from across the globe. Weather permitting, discover blocks and blocks of new, inspiring artists in a sea of street vendors including talented jewelry designers, painters, and photographers.

Nolita has also become known for its boutique shopping and quaint cafes. While Soho possesses a certain hustle and bustle, Nolita is full of quiet spots that give the neighborhood an off-the-beaten-path flair. Nolita is also the home to The Market NYC, a flea market where local independent artists, designers and entrepreneurs sell their creations, which is a must-see for any fashionista.

MePa is the spot for nightlife whether you're looking for a full-on club or a low-key lounge. Find high-fashion designer shops including Diane Von Furstenberg and Stella McCartney without the same overwhelming Soho crowd. MePa is also the starting point for the High Line, a public park built on an old freight line elevated above the street, which is perfect for a relaxing stroll with beautiful views.

FiDi is the home of Wall Street and the New York Stock Exchange, and with the work crowd comes some great lunch spots and happy hours. Battery Park is just steps away, where you can catch a glimpse of Lady Liberty, the World Financial Center and New York Harbor. Snap a picture with the Charging Bull, one of NYC's biggest tourist attractions.

Home to some of the most expensive real estate in the country, Tribeca is known for its out-of-this-world restaurants and celebrity sightings. The once industrial cast-iron buildings have now been converted into beautiful loft residences, drawing only the rich and famous. Tribeca is also home to the Tribeca Film Festival, founded by Robert De Niro in 2002, which brings in nearly three million visitors to the neighborhood each year.