Vân, Cúc, Trúc, and Trang; Dũng, Dai, Khôi and Phát. In my mother tongue these names carry music, cadence, poetry. They evoke for the listener images of clouds, peonies, bamboo, jade; acts of bravery or wishes for prosperity. In English, alas, they lose all meaning as the inflexible American tongue turns them into a grunt, a bark, a funny diphthong.

"I wonder what'll become of MY name when I go in? I shouldn't like to lose it at all..." declared Alice, in Louis Carroll's "Through the Looking Glass," upon entering a strange woods, "because they would have to give me another, and it would almost certainly be an ugly one."

Such is the case for so many immigrants to America. We find quickly that our names are distorted in the new forest of concrete, glassy high-rises, double deck freeways and high-tech wizardry. Our names mispronounced, the magic snuffed out of them. My Vietnamese first name, Dũng (pronounced something close to Zoo-young), is alas but animal excrement in English. Kids in junior high used to tease me, since my last name is Lam. "Lamb Dung," they would say then laugh hysterically.

Vân, Trúc, and Trang - meaning Cloud, Bamboo, and Elegance - the three pretty girls who often walked together down their high school hallway suffered constant pestering from classmates who would yell: "Look out! Here comes a Train, a Truck, and a Van!"

The two brothers, Hiệp and Hùng suffered similar fate. At a college party some years ago in Berkeley, Hiệp introduced himself and his brother to some pretty young lady. "I'm Hiep and this is my brother, Hung." The young lady, not missing a beat, said, "You, OK. Your brother, on the other hand, remains to be seen." 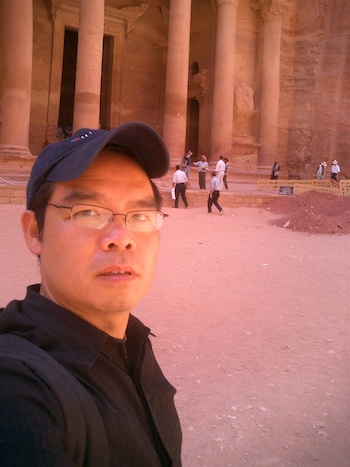 By the time I graduated from high school, I'd changed my name to Andrew, based on André - a name that my French teacher back in Saigon gave me since he refused to speak a Vietnamese word. When visiting France, I am still André to my Parisian relatives.

For generations, it has been a rite of passage for newcomers to America's shore to change our names. We add on new sobriquets in hope for better acceptance, less discrimination, and to help ease our assimilation process into American life. We want to be seen, more often than not, as your Average Joe.

So one summer, Vân, Trúc, and Trang wandered into "Vogue" and "Mademoiselle" magazines and emerged Yvonne, Theresa, and Tania. They even looked different, wearing more fashionable clothes and make-up. And there's Nhung (Vietnamese for "Velvet"), who was dubbed Nancy when her landlord, after having tried in vain to pronounce her name, threw up his hairy arms and said: "Let's call you Nancy, as in Nancy Wong, the actress." Then there's my high school friend Khoa who turned into Kevin. How? When he was filling out his application for US citizenship his mother saw an image of a boy on a milk carton named Kevin on the dining table and said, "Why don't you take his name?" And so Kevin he became.

Like street urchins in a strange land, we gather our new identities from anything deemed worthy: milk cartons, lazy landlords and teachers and of course, fashion magazines.

And in some ways, immigrants live with multiple senses of our selves. The old names are not lost in the modern world, after all, with so much travel and modes of communication with our homelands. In Vietnam, where I visit often enough, no one calls me Andrew.

So we immigrants manage our various names the way we navigate going back and forth from one culture to the next. We often view the world through multiple lenses, and as multilingual speakers, we see different shades of personalities emerge when we enter each of these spheres. My parents still call me by my Vietnamese name at home, where I am in many ways still a child in a conservative family setting, bound in an intimate world of clanship, and memories; a private world. Only when they speak in English and to non-Vietnamese do my parents refer to me by my American name, as in when guests visit and they show my journalism and literary awards on their mantel: "These are Andrew Lam's awards," father would say.

Dũng is the Vietnamese who is expected to perform certain familial duties, who suppresses his individualism for the sake of familial harmony -- but it is Andrew who claims credit for this essay. In some way, Dũng and Andrew are opposing ideas of myself, but over time I've learned to navigate and live comfortably with these names and sobriquets, crossing back and forth over the hyphen that connects dissimilar societies, different sensibilities and languages, senses of the self.

For immigrants to the US, however, the need to change one's name has become less pressing in the 21st century, according to the New York Times. It quoted sociologist, Douglas S. Massey, at Princeton University, as saying the pressure to change surnames has lessened, since "during the 1970s and 1980s, as immigration became more a part of American life and the civil rights movement legitimated in-group pride as something to be cultivated."

That is, as diversity is becoming increasingly the norm, as Asians recently passed Hispanics as the largest group of new immigrants to the United States, and as immigration reform influences immigrants' ideas about identity and pride in keeping their original names, perhaps the American tongue will have to be more flexible in calling out the names of the entire world.

But for me at least, I like the management of different names; the challenge of mental agility - I see this navigation as part of the modern condition. F. Scott Fitzgerald once noted that, "The test of a first-rate intelligence is the ability to hold two opposed ideas in mind at the same time and still retain the ability to function." Pluralism, after all, isn't just a modern social condition - the individual, too, has become pluralized with so many affiliations and allegiances. Without abandoning one's names but adding on, one's life is richer for it, one owns a kind of multilayer Technicolor coat, as it were.

So I am Dũng, Andy, André, Andrew... And who knows, I might just add another as I enter some new strange woods.

New America Media editor, Andrew Lam is the author of "Perfume Dreams: Reflections on the Vietnamese Diaspora" (Heyday Books, 2005), which won a Pen American "Beyond the Margins" award, and "East Eats West: Writing in Two Hemispheres" where the above essay was excerpted. His latest book, "Birds of Paradise Lost" published March 2013. He has lectured and read his work widely at many universities. 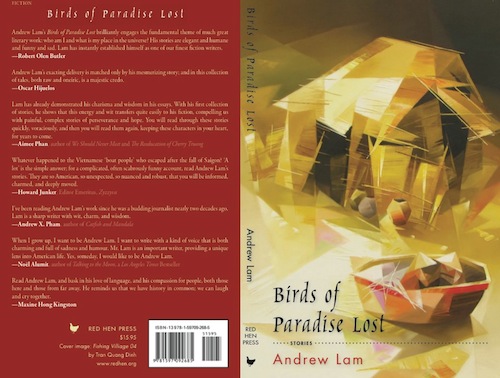