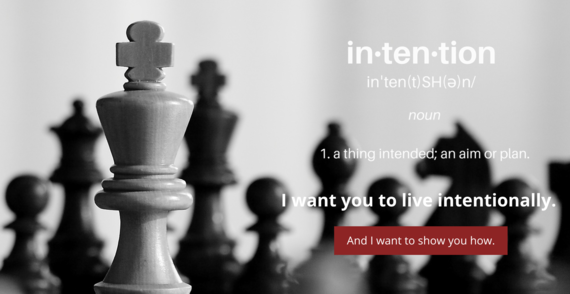 Hands down, Seth Godin is one of my favorite writers and contributors and sharers. He's brilliant, actually.

And today didn't disappoint with his Blog post, Tricked Into Playing the Wrong Game.

Have you ever started doing something, know in your gut that it's the right thing to do...and people agree because they are working with you, buying your product, asking you to come speak, etc...but then you give it up for something bigger, something better.

That bigger or better could take many different shapes and sizes. And per Seth's post, his examples include:

And that's just to name a few.

I have to admit that I have been guilty of some of these, namely 1, 5 and 7 and quite possibly some others that I just haven't fully admitted to myself yet.

While processing all of this information today, I was reminded of a recent conversation I had with one of my Coaching Clients. She was getting frustrated at work because she was doing similar or the same work as a colleague but felt she was being overlooked for promotions that he got.

I've been there and I'm guessing you have been there once or twice yourself. Maybe it wasn't at work but it was being picked for a team, the lead role in the play or pretty much any role that requires being picked over someone else.

I asked her two questions:

What or who's game are you playing?
What is your game?

Two simple questions, yet there was a few moments of silence...I had thrown her off guard!

Okay, that's my job as a Coach - to ask the seemingly simple yet tough questions. And to catch people off guard...what can I say? Perks of the job!

Seriously, though, take a few moments. Put on your favorite song and set to repeat. Get a pen and paper and answer these two questions:

What or who's game are you playing?
What is your game?

Now, after you do that, take note of your answers. Which area of your life was the focus of your answer? Was it at work? At home? At school?

Interestingly, if you do this exercise more than once, you will get different answers. And therein lies the Beauty...the more often you ask the question, the closer you get to your answer.

Often times, when you feel you aren't getting what you want it's because you are not aligned, or mis-aligned with yourself. If you are playing someone else's game that is different than yours, you will never "win." But if you play your own game or better change, change the rules for everyone, then more people can benefit.

Know how others are playing but don't let that distract you.

Be Intentional in your own Game.