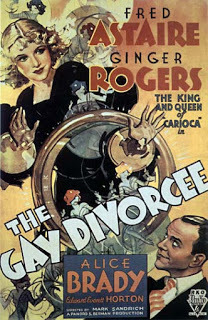 The Mayor of Boston, Marty Walsh, has publically revealed that he attends AA meetings. ("Governing in Recovery," The Boston Globe, 1/23/14) The fact that he and a number of other celebrities have advertised their AA membership runs into the conflict with the traditions of AA, which is, as the initials indicate, an anonymous program. However those who support the breaking of anonymity point out that a successful person is a positive role model who will attract alcohol abusers to get help. Whether one disagrees or not, there's been a widespread of increase in well-known and everyday people airing their dirty laundry to the point where it's almost become the lingua franca of public discourse. The Pope has yet to talk about his poop, but it is not surprising to hear politicians spinning their private lives, their divorces and battles with desire or disease and one could argue that this is evolutionary progress from early ages when everything was hushed up. Those who came of age in the 40's were for instance called the "silent generation." But there's a point where self-revelation can be very much like the hype of an earlier generation whose mantra was "I can't complain" when asked about their condition. Today, you get into the elevator of your building with a male member of the co-op and you have to think twice when he says "he can't get it up." Could he possibly mean...or is he just talking about the car your riding in?" Instead of leading a prayer for gratefulness on Thanksgiving, today's paterfamilias is likely to reveal some dark secret about his life long struggle with depression which is bound to spoil everyone's appetite. The jargon of personal revelation has become so ubiquitous, with family therapy sometimes taking the place of religion, that it has about as much significance as one of the greetings on evite . Everyone seems to be publically facing their demons and you just never know when Grandpa is going to finally fess up to being AC/DC or for that matter AC/AC. What does it mean when you're watching the ball descend on New Year's Eve with someone and they tell you they're feeling gay? Is this the moment they have chosen to come out of the closet or are they simply expressing their happiness?