In the teachings of Buddha, and particularly the Shambhala Buddhist teachings, one thing that's said is that you don't have to be afraid of yourself. You can be at ease with yourself and your mind. You don't actually have to fill it with all kinds of activities and plans and ambitions to feel wholesome and together, and you can develop a good sense of being present and enjoying the moment and appreciating your life.

But we're not used to that. We're really not used to that. We're used to projects and fulfilling them and succeeding and failing and commenting and etc. etc. etc. Our minds, as you will soon see, have become a run-on sentence -- a James Joyce novel with no punctuation in sight. We'd give our right arm for a semi-colon. A period would be such a relief, a paragraph -- a space between two thoughts.

The beginning point of this practice is what we call making friends with ourselves. That is obviously the ground for making friends with somebody else. You have to have some relationship with yourself to start with before you can communicate skillfully and compassionately with others. This approach is clearly presented in the example of Buddha.

There have been some wonderful moments in my studies when I got to spend time with some truly great lamas (teachers). They were so inspiring just by being who they were. My wife, Cyndi Lee, has this thing she says, "I'll have what she's having," or "I'll have what he's having" -- that's what good teachers should feel like. You should get a direct transmission straight from who that person is. So regarding these wonderful teachers, one of their best aspects is just that you are magnetized by their sense of being. It's royal in a way -- true royalty, not based on wealth and power -- just based on true nobility of spirit.

But once you've found such a teacher, even then they send you off to be with yourself most of the time. There's no Buddhist teacher worth his or her salt who's going to sit there and hold your hand. It just doesn't happen. You get a transmission from this person and they're saying "you can do it". That's one of the things my teacher, Trungpa Rinpoche, used to say repeatedly -- "you can do it!" He had this little squeaky high voice, "you can do it!". But even in the programs where he was present, maybe for eight hours a day or more, people were just doing meditation practice on their own.

So meditation practice is like saying, "let's get right at it, let's see what's under the hood. Let's stop driving the car around hither and yon and let's just have a look under the hood" -- a friendly look. We need to have a merciful attitude. Sometimes we're too hard on ourselves in a non-productive way. It's very common. And sometimes we're too lazy, also very common. So our approach is learning to find a middle way between being too lazy and being too hard on ourselves -- not too tight and not too loose. 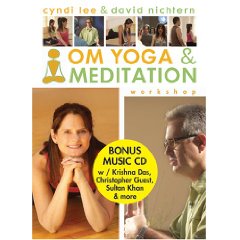