This evening, Elon Musk announces details of Tesla's new products: not cars, but battery storage for the home and for the business/utility. As Musk teases, "For the future to be good, we need electric transport, solar power and..."

So why does Musk call battery storage "the missing piece" and why is it so significant?

Last week, I sat down with Tesla board member, Steve Jurvetson and we discussed why these new products will make such synergistic sense for Tesla. He describes how the powerful troika of Tesla, SolarCity and the Gigafactory will work. This missing piece has the potential to revolutionize the clean energy industry and disrupt grid energy as we know it. 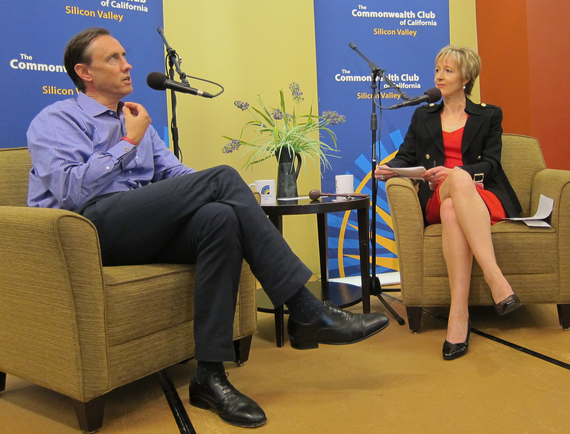 Here's an edited transcript of our conversation. You can listen to the full interview at Fresh Dialogues.

Steve Jurvetson: This may be the first peek into a unified theme across companies...Elon Musk is an incredibly prolific entrepreneur, having come up with, or been at the founding team of Tesla, SpaceX, SolarCity, PayPal, all different industries that seem to have nothing to do with each other.

Now the troika of SolarCity, and the Gigafactory and Tesla comes into light for the first time: There is synergy.

Say 20 years out, there'll be a distributed utility where Solarcity has the solar cell installation, leasing and basically ownership, installation and the whole shebang, actually building panels as well for solar on homes, everywhere.

Well, once you get enough of that - last I checked they have around 40% market share in the US - you start to generate so much energy that you are like a variety of utilities combined, but it's ephemeral. If you're not using that energy when generated, it goes away. So right now, you push it to the grid and it's expected the utility can use it, especially since solar is produced at peak hours.

But what if you wanted to get rid of the grid altogether? You'd need distributed storage ...if every solar cell came with a big battery that could smooth out your daily needs, then you could just disconnect from the grid. You could certainly lower the generation capacity of the grid...that pushes on fossil fuels and nuclear.

How to pull that off?

As a customer of Tesla and SolarCity I see my solar cells and I see my car and think, can't we just connect these together? If I need to suck energy out of my car, I can use it to buffer the load from my cells, but it's not so easy...

Part of the synergy and leverage is that Tesla is planning to build an enormous plant of batteries, anticipating the 3rd generation vehicle...you're going to have some excess capacity, potentially for some period of time as you ramp up.

There will be blocks when you produce a lot more batteries than you might need in that particular month... what are other interesting things you can do with them? What would you do with those batteries at the end of life of a car? Those battery packs are really useful for secondary storage uses.

The Gigafactory isn't named that just out of hubris. It would be the largest factory in the world by footprint and they're going to eventually build many of them. 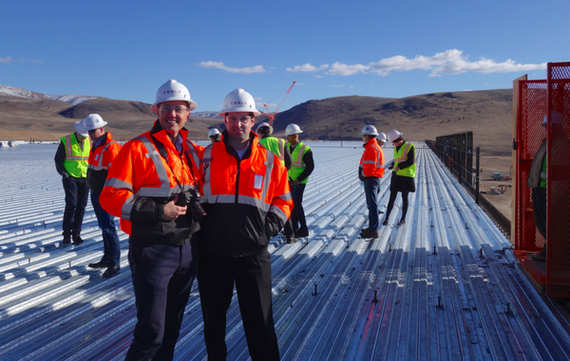 That one factory alone at scale would exceed global capacity today. So this is an unfathomable amount of batteries. I really have to credit Elon for realizing that these numbers pencil out to be so enormous and to share that with the world, before he had the solution in the bag.

van Diggelen: Talk about the utility scale side. If you were a utility...(say) in charge of PG&E today, talk about how you'd be feeling and what you might be doing to deal with this?

Jurvetson: On the one hand, you're threatened by solar and you're going to do all your dastardly deeds to try to quench and kill innovation, because that's what big companies do, it's in their blood. That's what they're expected to do.

But on the other hand, they need this too because whether by mandate or the goodness of their hearts...so mandate...they do more wind, do more solar. Many of those wind farms you see, on Pacheco Pass, they're not doing anything useful. They may be spinning but they're not even hooked up sometimes. There are rules and regulations to generate the capacity but not to actually make use of it.

So part of the problem with time shifting is you have different needs at different times, wind is often a nighttime peak, so storage is needed throughout to pump water...there are all kinds of things you can do....in demand response. There's a lot of inefficiencies in the utilities where they'll build peaking gas fired power plants that are just turned on for a few hours in the year at most for those peak needs. So all that infrastructure just because you couldn't do needs sharing or have the capacity to buffer.

If you had big old battery sitting there on the grid, you wouldn't need that. So distributing that allows you to put it near the point of consumption and point of generation in a solar context.

van Diggelen: What are the markets for these utility scale batteries? Would it be companies like Apple that are going solar in a big way or is it to sell to PG&E?

Jurvetson: Good question. In general, there's a whole cascade of markets: everything from consumers for their home, businesses and utilities themselves. The utilities can go to all kinds of technologies, even telcos like for a cell phone tower, you need storage there as well, especially in places like India and elsewhere.

There are technologies like flow cell batteries, compressed air solutions being developed...there is a variety of ways to approach this. Tesla's approach is just leveraging what they know best which is lithium ion chemistry and batteries and a battery management system...so you can potentially address a whole range of these.

van Diggelen: So it's the same batteries they use in their car?

***
The interview took place at the Commonwealth Club, Silicon Valley on April 21 2015. Check back soon at Fresh Dialogues Clean Tech for more highlights from out interview re SpaceX, robots and AI.

Jurvetson is owner of the first Tesla Model S. More from Fresh Dialogues