Google is the 52nd richest company in the world, exceeding even Facebook at 510th place. The word "google" has even become a verb. What's not to like?

Well... Google often fails to serve people who search it or the people trying to get their sites noticed. All too often Google's results completely miss the mark.

Like when you want the black box theory in microeconomics and you get results about the black box on airplanes. Or when a patient on warfarin needs the amount of Vitamin K in a particular food, clicks links and finds nothing.

In my eyes there's plenty wrong! I'm an ex-librarian, privy to a world most people have no idea exists. Nor do they have any idea what we really do.

Doctors, lawyers, cops, and politicians all have numerous movies and TV series in which they are venerated for their skills, but the lowly librarian is relegated to the back of the bookmobile where she peddles not books but a laxative to constipated patrons (in complete violation of our profession's ethics).

The stereotyped image of librarians on TV and in movies is dismal. To find a facsimile of a real librarian, you have to go back to the golden era of Spencer and Hepburn to dig out the film, Desk Set.

Hepburn is a head reference librarian battling Spencer's attempts to replace her staff with a machine. The film is a romantic comedy, but it makes it clear that people, not computers are the heart and soul of providing information -- computers are just a tool, one that Hepburn comes to accept, but doesn't let rule her efforts to provide answers to her patrons's questions.

Google will never equal the library in precision and accuracy because this company is too arrogant to even listen to a librarian. Google employees are young, so young they still believe that only they know how to do things.

I personally witnessed a speaker from Google tell members of The American Society of Indexers at a San Francisco conference that Google had gotten rid of the one librarian on staff in Palo Alto. She was a former cataloger; she was too "nitpicky."

Google's ignorance of the library world is as appalling as its prejudice against all librarians.

Catalogers must be nitpicky, i.e. precise. They belong to the half of the library that we call "technical services". "Technical" does not refer to computers -- it refers to improving the "discoverability" of materials or information.

KWAC word(s) appear in bold type in Google's descriptions under the links it provides you, along with the words adjacent to them You decide what relevance, if any, Google's KWAC entry (or entries) have for your search.

Catalogers and Google programmers are "apples and oranges." 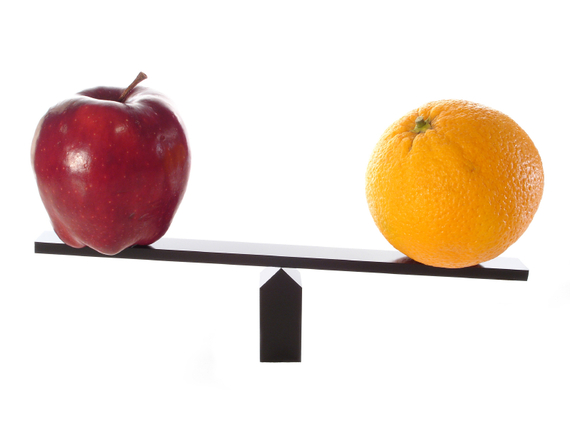 However, the other half of a library is called "public services". These are departments like reference, periodicals, media, children's, young adults', the check-out counter, and inter-library loans.

These librarians and/or their staff work directly with patrons. Public service librarians are people types. They work face-to-face, on the phone, and over the Web to help people - people with questions.

The real problem with Google doesn't lie with the spiders that find and crawl sites - it's Google's interface, the results that you get on your screen. Google should have hired public service librarians to consult about its interface with the people who search it.

How should we be able to search the Web?

In the 1980s and 1990s DIALOG Information Services spoiled me forever. As a reference librarian (and book author) I could choose any subject and quickly find exactly what I needed in the company's 100+ databases.

Roger K. Summit, DIALOG's founder, is regarded as the "Father of Online Systems"; he's the man who "changed the information industry".

DIALOG lived up to its name. DIALOG allowed the user to to do a search and continue refining that search until we found just what we (i.e. our patrons) needed.

DIALOG understood that syntax, i.e., "the way words are put together" to form phrases, clauses. and sentences, was key to finding information in all-word-searches. The company included several keyboard conventions enabling librarians to specify exact word order and placement while searching its online databases.

For example, quotation marks meant exactly "together in this order". Not one word here, one word there, and another word way over there - like you get with Google results.

The speaker from Google noted that user studies found people only look at the first screen of its results. No wonder! The first screen is Google's best try - all those millions of other hits mean nothing when Google's opening monolog fails.

Google only provides quantity - the heck with quality of its results. Not so DIALOG. It sought answers.

For example, the letter "n" meant "near to". Not only could you specify two words near to each other, but you could specify exactly how near they had to be, e.g., "n2" meant with "two words" between them.

Believe me, keystroke commands like DIALOG's "n" separated all the "wheat from the chaff" - DIALOG didn't return junk.

Unlike Google, DIALOG didn't spawn a whole new industry, i.e., SEO (search engine optimization) to fight for its attention. DIALOG made all of its information sources discoverable, not just a few.

Computers can do amazing things, but Google's algorithms are about exciting as grandpa's decrepit old shovel caked with dried up -- manure. For all the billions of dollars Google rakes in, we all deserve something better -- way better!