By now, you've seen the earth-shaking philanthropy headlines. After the birth of their daughter, Mark Zuckerberg and his wife, Priscilla Chan, announced that they'll donate 99 percent of their Facebook stock to philanthropic causes over the course of their lifetimes.

Or that's at least what the unexpected controversy that's kicked up over this news might have you think. The truth is the Zuckerberg-Chan announcement reveals much about the evolution of philanthropy in ways that are encouraging and disruptive. As a firm believer in social disruption, I consider this a good thing. 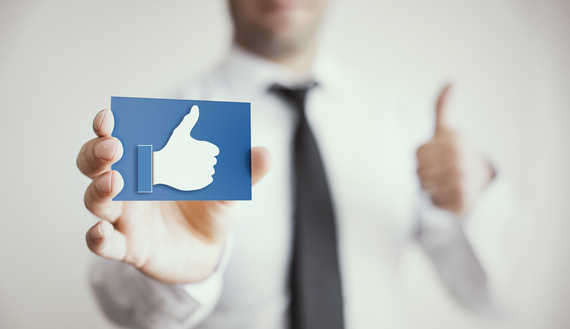 The fact that titans of industry are now increasingly giving away such enormous percentages of their wealth to charity, and doing so while they're alive, is remarkable. It's a striking departure from the fundamental priority of the ruling classes dating back to the beginning of time: to keep the lion's share of riches in the family, passed down from generation to generation to preserve and grow private dynasties.

In 2010, Bill Gates and Warren Buffett were pioneers in charting a new direction for the ultra-rich with their "Giving Pledge," a commitment by the world's wealthiest individuals and families to dedicate the majority of their wealth to philanthropy. This game-changer has inspired more than one hundred of the 1 percent to orient far more of their financial worth around philanthropy - and in the process, reshape their self worth, too.

The letters from Giving Pledgers are a rousing testament to the power of giving back. "Over the years, the emotional and psychological returns I have earned from charitable giving have been enormous," writes Bill Ackman.

"...The more I do for others, the happier I am. The happiness and optimism I have obtained from helping others are a big part of what keeps me sane....While my motivations, for giving are not driven by a profit motive, I am quite sure I have earned financial returns from giving money away...Life becomes richer, the more one gives away..."

"It is with a profound sense of relief that I am able to write this letter, expressing my intent to give away the vast majority of my wealth. Having the opportunity to help others achieve a better and more fulfilling life is not only an enormous privilege, but also a lifelong dream...As they have grown older, both of my daughters have become even more adamant that I pursue this dream...I have always believed that those who have the abilities and opportunities to accumulate wealth should utilize their skills, as well as their wealth, to solve the world's problems..."

"...Good intentions aren't enough. Philanthropy - in its most effective form - must yield measurable results expected of any well-run business. I believe that sometimes it is actually more difficult to give money away in a meaningful manner than it is to make money. But there are things about both that are quite similar. First, you have to figure out the right approach, and then you have to execute, maximize the results, and measure the impact.

With this philosophy at the core of my philanthropic efforts, I decided long ago that I'm not looking for Band-Aids or incremental change. I'm looking for solutions. I want to invest in transformational initiatives that have the potential to impact global issues..."

I could go on, and frankly it's tough to stop reading these exhilarating perspectives.

The Chan Zuckerberg Initiative adopts the idea of the Giving Pledge (and indeed, Zuckerberg had already signed that pledge), but instead of giving their money away to nonprofits, Zuckerberg and Chan are placing funds within a private LLC they control. The overriding goal of the Initiative is "to join people across the world to advance human potential and promote equality for all children in the next generation. Our initial areas of focus will be personalized learning, curing disease, connecting people and building strong communities."

Since it's not bound by the transparency and structure of a nonprofit, the Chan Zuckerberg Initiative is allowed to make political donations and isn't required to give away five percent of its value every year. This means that Zuckerberg can take time to develop long-term solutions to problems. "The beauty of having an LLC in today's world is No. 1, you have the ability to act and react as nimbly as need be to create change," philanthropy expert Laura Arrillaga-Andreessen told The New York Times. "You have the ability to invest politically, in the for-profit sector and the nonprofit sector simultaneously."

Where this effort disrupts the status quo is by limiting the funds that might otherwise be available to established nonprofits. Additionally, it limits Zuckerberg's obligation to pay tax dollars towards government efforts towards the same causes that he wants to pursue solving himself. There's a name for the trend of wealthy individuals establishing their own charitable organizations: philanthrocapitalism. "What we have witnessed in just a decade is the transformation of the giving style of three generations," Tom Watson wrote in The Chronicle of Philanthropy.

"Members of the oldest generation wrote big checks to organizations they thought were doing the best work; the middle generation created an operating system to push philanthropy to be more strategic and driven by metrics; and the youngest is attempting to disrupt traditional philanthropy with an approach that has great promise -- but also should invite a close Congressional examination because of its potential to damage organizations that have long depended on philanthropic largess to deal with the toughest problems in the world."

Like most observers of this charitable news, I'll be watching the developments of the Chan Zuckerberg Initiative closely to understand the exciting ramifications of their philanthropic pioneerism. But I'm already heartened at the positive implications of this announcement. Within the corporate world, I see the same sprint towards greater benevolence reshaping how company leaders look at their relationship with employees and communities. The cutting edge evolution in employee volunteering and giving programs, the rise of impact investing, and the development of equity pledges for good - such as the Founders Pledge - take the same concept of the Giving Pledge and apply it to organizational business missions.

I believe the Chan Zuckerberg Initiative further underscores the obligation of those at the top - whether as individuals or corporate entities - to be active participants in improving our collective future, and putting their money where their mouth is to change our world for the better. While the obligations of the Initiative may or may not need to be refined over time, the overarching message of its existence is ultimately a hopeful one for our times.