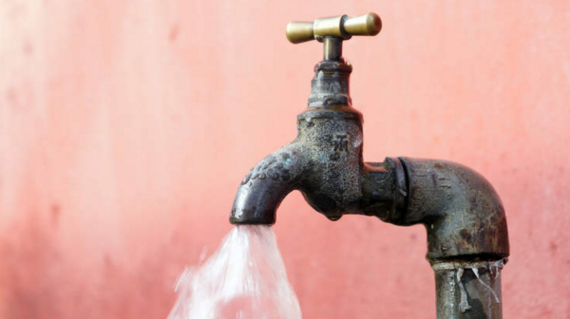 Lead in drinking water is in the news -- I'll get to what that has to do with the White House shortly.

It is currently estimated that the cost to replace lead-lined pipes in the U.S. is $40 billion, according to a Global Water Intelligence report from last year. Couple that with the forthcoming revisions to the Environmental Protection Agency's Lead and Copper Rule (LCR), expected in 2017, which has resulted in increased focus on not just the potential for lead in drinking water but the need for increased investment in U.S. water infrastructure.

Proposed LCR changes include increased record keeping by utilities to document that they are following EPA guidance on best use practices for corrosion control treatment to prevent the leaching of lead from the pipes, plus a requirement for more proactive lead service line replacement programs if lead concentrations are too high.

The impact of the proposed LCR and the recent news about lead in drinking water in the U.S. is difficult to predict. However, with increased attention on access to safe drinking water, we may have an opportunity to catalyze action to develop innovative water sector funding and technologies.

Perhaps the time has come for technologies such as in-situ water pipe repairs, real time water quality monitoring and point of use treatment to be adopted at scale.

The bigger question is, "Are we having the Love Canal moment of our time?" Love Canal was not that long ago and was instrumental, along with Times Beach, Missouri, for the passing of the Comprehensive Environmental Response Compensation and Liability Act (CERCLA).

CERCLA is commonly referred to as "Superfund" because of the fund established by the act to help the clean-up of toxic pollution in residential locations such as Love Canal. CERCLA triggered investment in investigation and remediation technologies, along with accelerating the growth of the environmental consulting industry.

There is no shortage of technology opportunities to address the needs of our aging water infrastructure. The U.S. depends on a network of underground pipes, many of which are reaching, or have exceeded, the end of their useful life.

The number of water main breaks across the country, from Syracuse to Los Angeles, is staggering: 240,000 per year, according to one estimate. The direct cost of these leaks is about $2.6 billion per year, and the total cost to the economy is not limited to the cost of the lost water.

The American Society of Civil Engineers estimates that (PDF), while the cumulative cost to households from degrading water/wastewater infrastructure will add up to $59 billion (in 2010 dollars)between 2013 and 2020, the cost to business will be more than double that, at $147 billion.

Luckily, that's where the White House "moonshot" comes in.

In December, the White House announced a moonshot for water. The Obama administration's new strategy aimed to increase use of efficient water reuse technologies and invest in breakthrough research and development to reduce the price and energy costs of new water supply technologies such as desalination.

The effort formally launched this week at White House event timed to coincide with the United Nations World Water Day. This is part of the administration's goals to increase awareness and action in: securing an adequate future water supply for the U.S.; addressing mechanisms to fund the infrastructure investment required; encouraging conservation and efficiency; and the use of data in decision making.

Couple this with the 2017 budget request to Congress, which includes $260 million for new funding in water technology. Within that lies a $25 million proposal for the Department of Energy to establish a desalination hub focus on reducing the cost, energy requirements and emissions from desalination, plus $88 million for the National Science Foundation to support water research.

All of these highlight the strategic value of water to the U.S. economy for development, business growth and well-being. If you like safe drinking water, we will have to make investments to pay for it. Regardless where you live, water is essential to life and it requires investment which will drive innovation in technologies and funding.