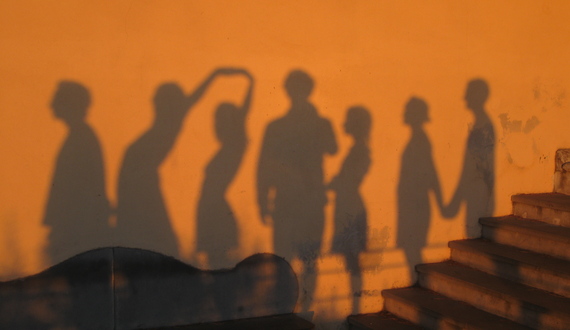 Are you busy? In a hurry? No time to spare? You are not alone. The Economist recently explained why. But what's the antidote? After living since 2004 in Italy, I would say, "Pleasure".

In Italy, the idea of pleasure is ancient and goes back as least as far as the Etruscans. They reveled in the pleasures of music, art, food, wine and sex as evidenced in tomb paintings. The Greeks and Romans were scandalized by the fact that the Etruscans allowed their wives to attend dinners and drink wine. (They only allowed prostitutes.)

After Lady Chatterly's Lover was banned from publication in England, D.H. Lawrence wrote: "To the Puritan all things are impure....And those naughty neighbors of the Romans at least escape being Puritans." (D.H. Lawrence, Etruscan Places, originally published 1932, Amazon Kindle edition Loc.48)

The tombs are virtually the only record of the Etruscans because the Romans completely defeated, subsumed and wiped out all records of their civilization. But it's interesting that the Etruscan concept of pleasure appears to have been wider than simply the sexual. There are paintings of music making, dancing, beautiful clothing, food, wine, and the Etruscans are the only civilization known to portray husbands and wives in seemingly modern embraces in their tombs. 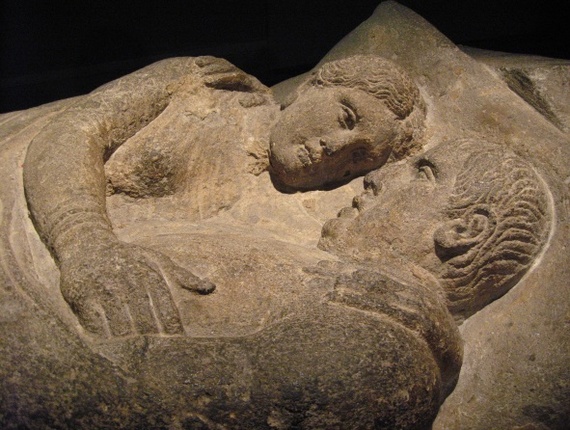 Try as they might, the Romans, the medieval Catholic Church and the Fascists all failed to crush the broad concept of "pleasure" (piacere" pronounced pee-ah-chair-ay). It's everywhere, even in daily Italian language. Saying something or someone "pleases me" is the way Italians express the English word, "like".

You can't turn a corner without "piacere". In the midst of the hurrying through a busy day in Italy, it stops you dead in your tracks. It could be the visual pleasure of the market. 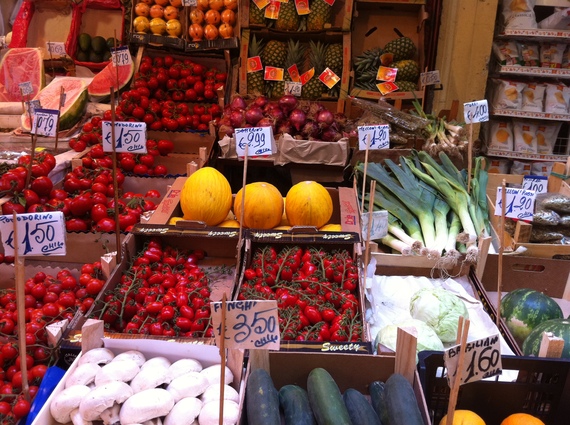 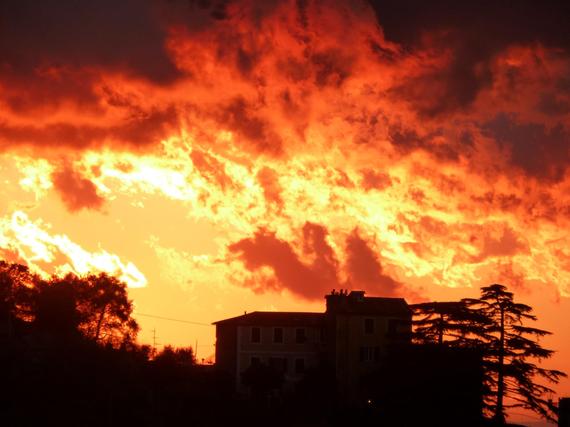 Or a frothy cappuccino... 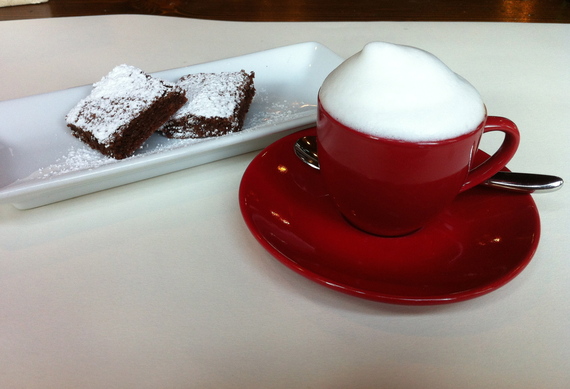 And then, there are the vineyards and the wine. Ever since I graduated from sommelier school in Milan and left the city for visiting vineyards to write about them,I hurry less. I used to schedule two or three visits a day, now only one. Pleasure intervenes. As of yet, there is no iPhone app for hurrying pleasure. Pleasure, by definition, means slowing down to enjoy the moment.

A quiet walk among the vines... 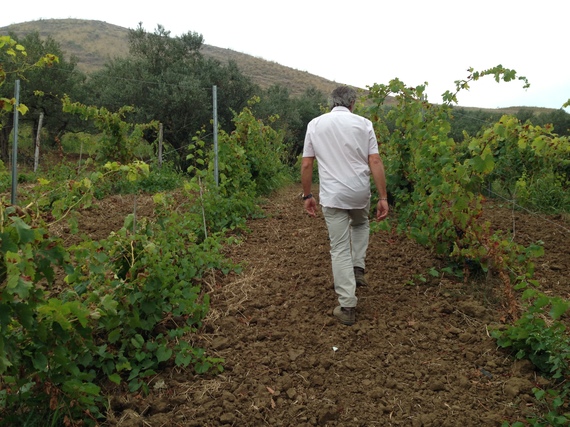 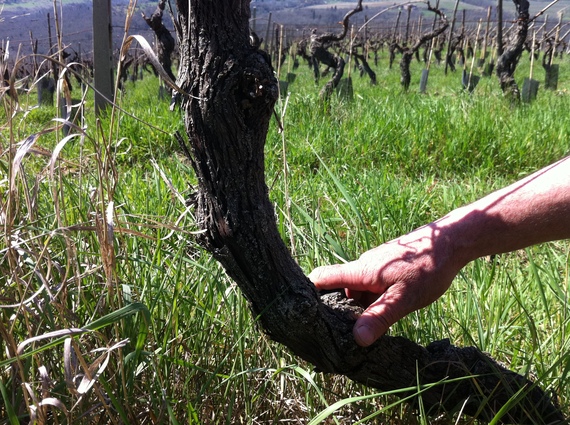 A day of picking at the harvest... 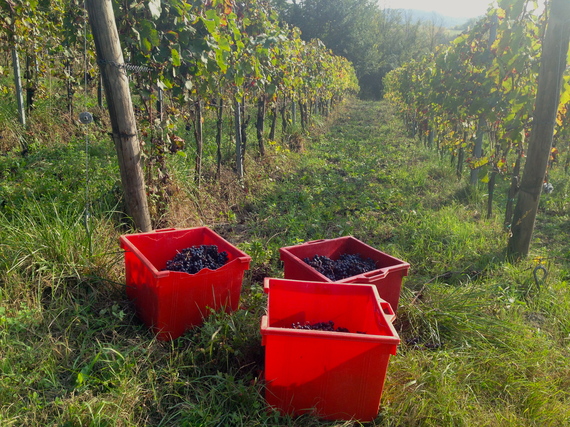 And, then, there is the wine itself, the place you drink it, and the company you share it with. 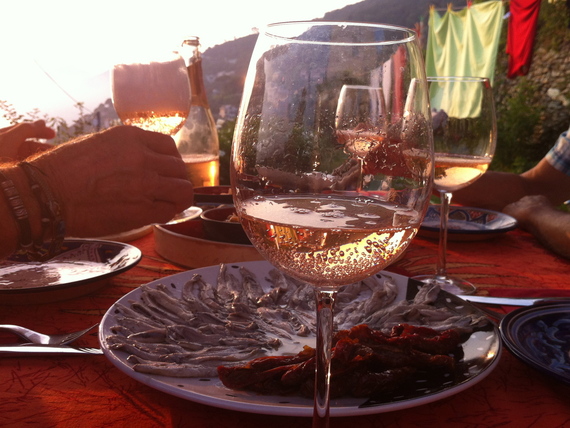 The magic of this kind pleasure is that you can adopt the habit of enjoying it even when you're not in Italy. Once you know that pleasure is out there, you can find it everywhere, even in busy, hurried America.

Stop, look, feel, smell, taste, listen. Allow yourself the pleasure of your senses. Take a long, slow deep breath. Dive deeply into the moment. Be present for a sensorial, even sensual experience.

Maybe we, Americans, can stop hurrying so much, escape our Puritan past, and leave behind the concept of "guilty pleasure" in favor of simple, daily Italian pleasure.

Creator and writer of uncorkedinitaly.com about "natural" wine and culture/travel in Italy