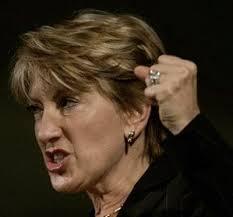 There's a clear pathway to the Republican nomination for Carly Fiorina after last week's debate, this week's poll results and the departure of Scott Walker from the Republican race.

It begins with an irony. Republican analysts chortled all this year over the "strength" of their presidential field: eight present or former governors who had led almost all the big states (Florida, New York, Ohio, New Jersey), five current or former U.S. Senators, plus a couple of doctors and two business tycoons (Donald Trump and Fiorina), who were high on no one's probable list. But the Republican electorate was having none of it. They migrated, virtually stampeded, to the doctor with no political taint, Ben Carson, plus the two tycoons, Trump and now Fiorina.

If Rubio doesn't take off soon, and Trump holds on but can't put the nomination away, these assets might give Fiorina the nomination. But look ahead to the November general election and the picture is very different.

It's different for two reasons: the electorate is obviously much different, and so are the issues -- questions of economics, family earnings, and inequality, which simply haven't featured in the Republican primary very much, become absolutely essential, and Fiorina and her Democratic opponent disagree so clearly on abortion and immigration that those voters are locked in from day one. So November, 2016 is again going to be about the economy.

Bottom line: If Barbara Boxer could crush Fiorina in 2010, the Democratic nominee in 2016 has some very powerful ammunition in a campaign even more dominated by inequality and the economy.
Download
Calling all HuffPost superfans!
Sign up for membership to become a founding member and help shape HuffPost's next chapter
Join HuffPost