One expects Shock -- with a capital 'S' -- when reading a book called The Mommie Dearest Diary -- Carol Ann Tells All. And actress Rutanya Alda's book, all about the nightmare of playing Joan Crawford's faithful maid opposite Faye Dunaway in the notorious 1981 camp classic, does not disappoint. All the rumors about Ms. Dunaway's grandstanding diva behavior are true, if Ms. Alda is to be believed. 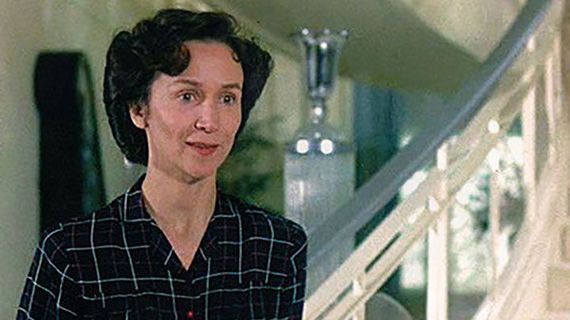 And its easy to believe what you're reading. Because the biggest shock about Alda's memoirs is it's tone. Despite justifiably having a "Tina, bring me the ax-to-grind" against Ms. Dunaway, the actress isn't mean-spirited or shrill. It is, in fact, a balanced memoir. Most readers will be engrossed, but those looking for a literary cat fight may be disappointed.

The book is broken down into three parts, First, a brief autobiography introduces readers to who Ms. Rutanya Alda is (an accomplished veteran film actress with a resume that includes classics like "The Deer Hunter" as well as cult hits like "Amityville II"), where she comes from (Latvia), and how she became an actress. This part of the book is mesmerizing, if too brief. Plenty of names are dropped, but not as gossip--its jaw-dropping how many icons she has worked with (De Palma, DeNiro, Kirk Douglas, William Wyler, Mia Farrow). One hopes, if Ms. Alda writes again, it will be a much more in depth memoir about this period.

The second part of the book is an extract from Rutanya's detailed, unabridged diary she kept while shooting the film.

And while she is restrained in her descriptions of Dunaway's bizarre behavior, Alda isn't shy about sharing her own personal pains and dramas with her reader. We learn of the complicated, difficult marriage to actor Richard Bright that she was dealing with at home, when not enduring Ms. Dunaway at work.

Alda tries to be a good sport at first, despite Faye giving line readings, terrorizing the director, firing other supporting actors from scenes, being consistently late and taking so much time to shoot her coverage that other actors were shot too quickly or removed altogether.

Alas, support is not found at home with husband Bright, who has demons of his own, nor with director Frank Perry, who is terrified of his out-of-control star. Producer Frank Yablans appears to be on Rutanya's side, advising make-up and hair to make her less attractive so as to be less of a "threat" to Faye/Joan, but even he seems intimidated by Dunaway.

Things come to a head, finally, while shooting Crawford's funeral-home scenes. The star takes so long playing dead in a coffin (a moment that lasts mere seconds in the film) that no time remained to shoot "Carol Ann"'s reaction to Ms. Crawford's death and her climatic screen moment is cut.

The third section, entitled Life After Dearest, is a brief epilogue, detailing how she slowly learns that the film had become a gay cult classic, and how it affected her life and career. She describes spending the night with the real Christina Crawford, and how she couldn't resist looking in Crawford's closet to see what kind of hangers she used. (You'll have to read the book to learn the answer!)

Of course, the book is a "must read" for even the casual "Mommie Dearest" fan. But it should be required reading for anyone seeking a career as a film actor. We're there with her at the Chateau Marmont, a New York actress on location in Los Angeles, and the diary portion is filled with intimate, fascinating details of what its like to be a jobbing film actor in the late 70s/early 80s. It is a worst-case-scenario survival's guide for actors, of how to turn a nightmare scene partner's quirks into motivation. 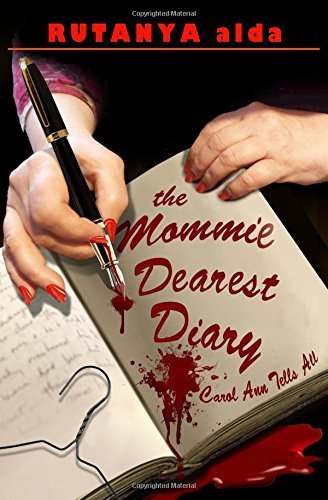 "The Mommie Dearest Diary" is available at Amazon.com and barnesandnoble.com