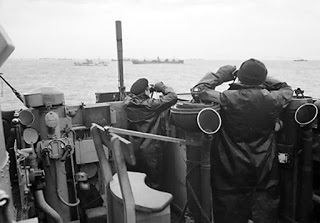 Catchphrases are like epidemics and very contagious. "Sounds like a plan" is so ubiquitous it's almost replaces "and" and "the" in frequency of use. "Being on the same page" is another expression for which there is as yet no known vaccine, along with "at the end of the day." "At the end of the day" is "spot on"(yet another popular one) since it introduces a visual and temporal element into the monotony of cliché. The end of the day is sunset; it's also literally then end of a 24 hour period. It took seven days for God to create the heavens and earth (including a day of rest) so there's a spiritual element tagged on to an expression which means basically "when all is said and done"-- a catchphrase that's not as frequently used. When someone is stupid, you say they're not the sharpest tack, but this is another catchphrase which seems to have gone into remission. But what has put "wheelhouse" in our wheelhouses? "Wheelhouse" is like the Zika virus, though it can't be sexually transmitted; you might have heard inklings of "wheelhouse" occurring in places like LA where these kinds of expressions tend to fester, but it's only recently that there have been a huge number of references to this or that being in his or her wheelhouse, which essentially means repertoire. When you really think about it, having the bridge of a ship connote the range of someone's abilities is a stretch. However, how such an association came about is a another story. The question is: what's the next new catchphrase that going to find it's way into your wheelhouse? There are more things on heaven and earth, dear Noam, then are dreamt of in your universal grammar.