I took another look at Jonathan Franzen's New Yorker hatchet job on Edith Wharton recently, and it was nastier than I remembered. The best-selling author praises her classics The House of Mirth, The Custom of the Country, and The Age of Innocence, but grossly misreads her character and her life.

Franzen has the nerve to harp on Wharton's appearance: "Edith Wharton might well be more congenial to us now if ... she'd looked like Grace Kelly or Jacqueline Kennedy." Seriously? Wharton Society President Emily Orlando says reading his piece reminded her of the late Louis Auchincloss's bizarre report that some people thought Wharton "would've given all her novels to be beautiful."

But guess what else irks Franzen? Wharton wasn't charming. Oh, the humanity! How could any woman sink so low?

For Franzen, though, Wharton's gravest sin was something far more despicable: Edith Wharton was rich. And who can sympathize with someone who traveled in style and owned several houses? Without sympathy, Franzen insists that "whether for the writer or for the fictional character, a work of fiction has a very hard time mattering."

(Based on this article of Franzen's, I find him very unsympathetic. Does that mean his novels don't matter? But I digress....)

Franzen offers readers a shallow examination of Wharton's life. He falsely makes her sound like she was born to massive wealth when she actually came from Old New York money, which was modest compared with the wealth of Gilded Age tycoons. Even though she was financially independent in her early 20s thanks to an inheritance, she wasn't remotely in the league of J.P. Morgan, the Astors, or the Vanderbilts--which all her biographers have carefully pointed out.

Wharton's literary earnings are what supported her grand lifestyle. The House of Mirth sold 150,000 copies the year it came out and was a national bestseller, and the 1905 income from all her writings -- adjusted for inflation -- would be well over $4 million today. She enjoyed spending her money as it came in. What's wrong with that? Complaining about her living large makes Franzen sound puritanical as well as sexist. 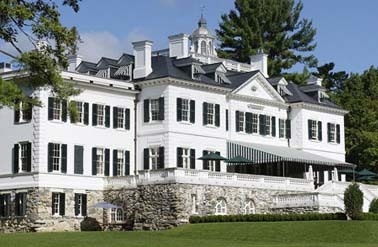 Franzen also seems to know very little about Wharton's psychology. In Edith Wharton's Prisoners of Prisoners of Shame, I wrote about Wharton growing up with a profound sense of inferiority. She felt deeply humiliated by being the awkward, shy, unattractive daughter of a woman reputed to be the best dressed woman in New York. This legacy of shame stamped itself on her and her work: Throughout Wharton's fiction you can find scenes of public and private humiliation. It's an unmistakable drumbeat, but Franzen is deaf to it. All he can hear is the chink of gold and the roar of her fancy chauffeur-driven cars. Is he envious?

Wharton was a heroic philanthropist -- but Franzen just doesn't care. As her most recent biographer Hermione Lee puts it, for four years "she sacrificed much of her life as a writer and a private citizen" doing indefatigable work for Belgian refugees during World War I. Wharton was awarded the decoration of "Chevalier" of the National Order of Legion of Honor by France, and the Medal of Queen Elizabeth by King Albert of Belgium. Mentioning that would spoil Franzen's out-of-kilter picture of a haughty heiress.... 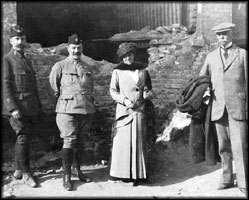 Franzen apparently came to praise some of Wharton's books in The New Yorker but for some strange reason felt the need to bury her.

Lev Raphael is the author of The Edith Wharton Murders and Rosedale in Love, a retelling of Wharton's The House of Mirth, and many other books that you can find on Amazon. He was a keynote speaker at the international conference "Edith Wharton in Florence."