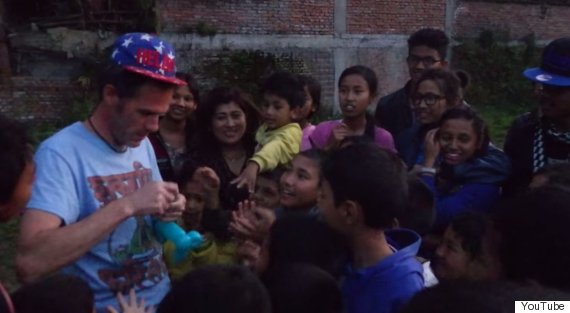 In the Himalayan country of Nepal, where thousands remain in need of food, shelter and medical treatment after last month's devastating earthquake, the power of laughter is proving to be much stronger than anyone could have anticipated.

Ron Fowler knows this firsthand. He is one of the many clowns who is helping bring entertainment and fun to Nepal's hurt and traumatized children. The April 25 earthquake, which killed more than 7,500 people, affected some 1.7 million children living in areas hit by the disaster.

Baltic Review's Bibbi Abruzzini highlighted how Fowler, who organizes balloon and magic shows for kids, and other clowns are using laughter to help the nation's youth heal. Yet another group of clowns known as The Dream Doctors recently traveled to Nepal to entertain hurt and traumatized children. 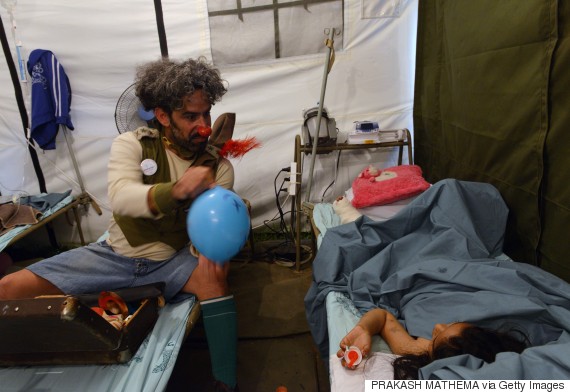 "It might seem trivial to see a gang wearing red noses and floppy shoes where people lack basic necessities," Abruzzini writes. "But along with water, medicines, food and tents, they can offer psychological support and bring smiles to those in trauma."

They do it because it works. Research has proven that laughter, particularly clown therapy, can increase recovery time and improve overall happiness for sick patients.

The method isn't new. In 2013, an organization called Clowns Without Borders sent a group of clowns to Typhoon Haiyan-affected areas of the Philippines to perform for children. Clowns have begun bringing their talents to patients of all ages and people suffering from various ailments -- from children's hospitals to Alzheimer's patients.

The New York Times: Water Pricing in Two Thirsty Cities: In One, Guzzlers Pay More, and Use Less

The Atlantic: Getting the News to Everyone, Not Just the Wealthy

PRI: The world is 4 million teachers short. Here's how to solve that.