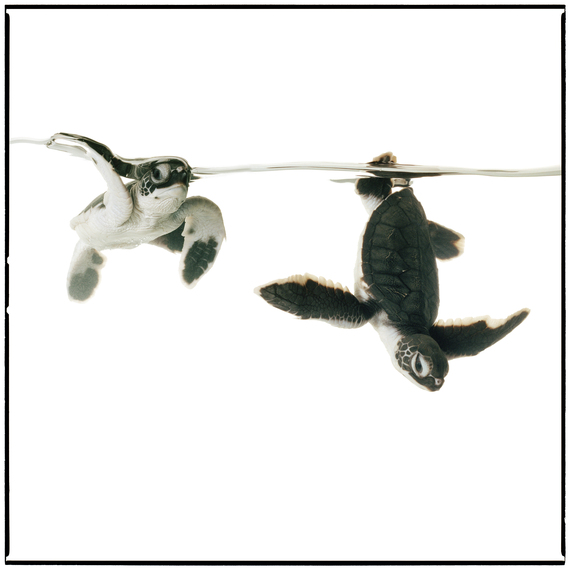 Whether we live near its shores or not, the ocean is all around us: it's in the air we breathe, in the food we eat, in our rain and rivers. The ocean is the Earth's circulatory system, performing vital -- though often invisible -- functions that make our planet habitable. Beyond these life-giving services, the ocean also inspires us. Just imagine how much art, music and poetry evokes the wonder of the ocean. And one of these wonders is the ocean's incredible ability to regenerate -- to endlessly replenish and restore itself. Tragically, this ability is now under severe threat, and we need to get working -- and networking -- to protect it.

Humanity is pushing the ocean beyond its limits, and perilously close to ecological tipping points. Our actions over the past decades have led to chronic overfishing, escalating plastic pollution, and unprecedented ocean warming and acidification. Aided and abetted by weak laws and inadequate enforcement, recent generations have been both perpetrators and witnesses of an era of devastating ocean decline.

On World Oceans Day we need to remember what the ocean means to us; what it does for us; what we are doing to it; and the actions we should all be taking to ensure its protection in all the days to come. We need to protect the ocean from ourselves, to help build the resilience of the marine environment so that it can better withstand the multiple human threats, which sadly will not be removed any time soon. While we enthusiastically welcome the 2015 Paris Agreement, even if we stopped burning fossil fuels tomorrow, the ocean would not return to its natural state for centuries. So, we urgently need to buy back time in other ways, by boosting the capacity of the ocean and marine life to withstand these climate impacts and continue to regenerate.

Fortunately, scientists are providing practical solutions as well as warnings. Among the loudest calls is for granting the ocean breathing -- and breeding -- space in the form of large ocean reserves. In 2014, 6,000 experts at the IUCN World Parks Congress recommended that at least 30 percent of the ocean be closed to all extractive activities in a network of connected marine protected areas (MPAs). The vital role of MPAs in buffering the chronic impacts of climate change was also recognized in the 2015 Sustainable Development Goals (SDGs), which reaffirmed a global commitment to protect 10 percent of the ocean by 2020; far less than is recommended by scientists, but a good start.

Most importantly, these declarations have been backed up with some real action. In the past few years, governments have designated over 5 million km2 as new or extended MPAs, creating the world's first generation of great marine parks. This includes over 2 million km2 of ocean protected in 2015 alone, more than any year in history. These reserves, making up an area 10 times the size of Central America, will -- when fully established -- bring the total proportion of ocean protected to nearly 6 percent. Getting closer to the 10 percent SDG target, but still a long way to go before we meet the recommendations of scientists.

When it comes to protecting the ocean, size really does matter: big is beautiful, and networking works. That's why we need to unite around protecting 30 percent of the ocean by 2030 in a network of large MPAs from the Arctic to Antarctic. The achievements in 2015 prove that this is possible. Scientific research proves that it is necessary and beneficial, for everyone. A recent study by scientists at the University of York indicates that protecting 30 percent of the ocean would optimize fishing yields and avoid fisheries collapse, thus protecting the livelihoods of fishermen and the food security of millions of people. Another study on Smart Investments in Ocean Health also makes a strong economic case for expanding MPAs globally, as increased protection of critical habitats could yield net benefits of between $490 and $920 billion by 2050. This really is a win-win proposal that everyone should get behind. 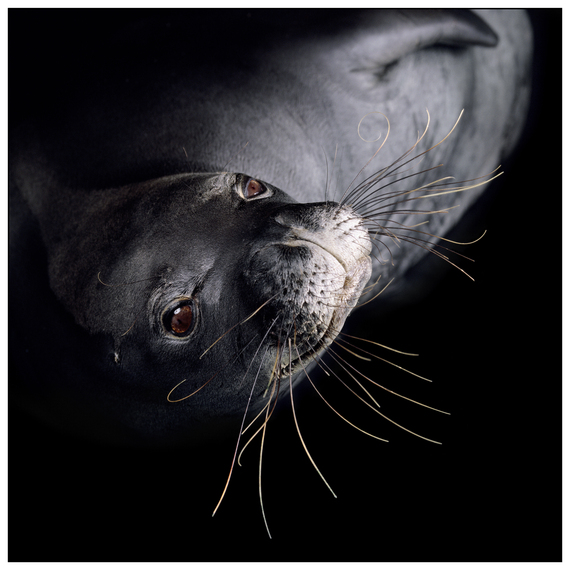 In September 2014, President Obama significantly expanded the boundaries of the Pacific Remote Islands Marine National Monument by an incredible 490,343 square miles (1,269,982 km2), more than doubling the amount of US waters that are highly protected from 6 percent to 15 percent. So the US is already half-way to the 30 percent goal. Knowing what a critical role these "regeneration zones" play for our ocean and climate, I applaud the president for his leadership and am hopeful that he will continue his efforts.

To achieve our vision, it will also be necessary to create MPAs in the high seas, areas beyond country jurisdictions, the governance of which I dove into as a Global Ocean Commissioner. In these international waters, there is no mechanism for allocating or enforcing marine reserves -- yet. But, after years of delay and deliberation, real progress is being made on that front now too. A process was launched at the UN earlier this year to begin negotiations towards a new treaty focused on the conservation of high seas biodiversity. This is the next really important environment treaty, aimed at closing the currently massive gaps in global ocean governance, including by agreeing terms for creating high seas MPAs.

So there are many reasons to be optimistic, but no excuses for being complacent. Time is of the essence. Hopefully, more leaders will declare fully protected marine areas as the Summer of 2016 sets in. Marine protected areas are a proven and entirely positive way to conserve and restore ocean life, especially considering the length of time it will take for us to get our climate house in order. We need to unite and work together to turn our 30x30 ocean vision into reality -- to become the RE-generation generation.