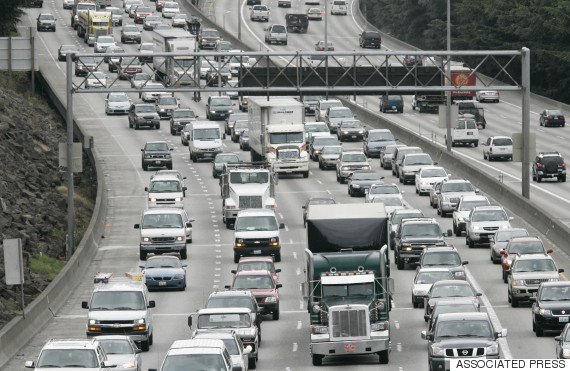 A photo of Seattle's northbound traffic on Interstate Highway 5 taken on August 8, 2007.

While efforts to encourage carpooling and other, more environmentally friendly forms of transportation among workers have increased in recent years, the majority of Americans still drive to work alone. The environmental effects of single-occupant vehicle commuting have proven to be incredibly damaging, as well as the mental and physical health effects of traveling alone.

Washington state seems to have found a solution. The state's Commute Trip Reduction (CTR) program has been called "a model for the nation." CTR works directly with large employers to develop new programs that will reduce the number of employees driving to work alone. The program is nearly 25 years old and has significantly cut drive-alone commutes, which then reduces traffic delays and congestion, pollution, speeding, energy waste and carbon emissions.

CBS: Grass Roots Effort By Pastors To Bring Neighbors Together

The Daily Beast: Soledad O’Brien: How to Curb Our Mass Incarceration Epidemic

Civil Eats: Meet The Group Everyone in the Food Movement Should Be Watching