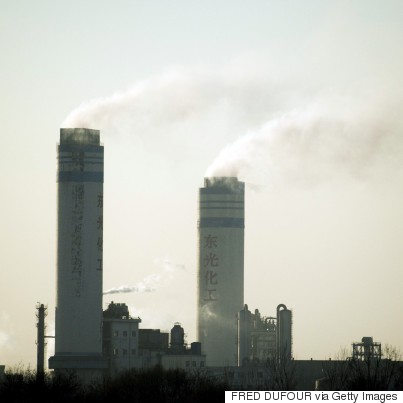 China is one of the biggest contributors of heavy air pollution in the world. But a new mobile phone app is putting the pressure on factories in China, and effectively encouraging them to minimize this pollution. The app, created by environmentalist Ma Jun's Institute of Public and Environmental Affairs, allows users to check by the hour if a factory near their home is "violating pollution standards," Reuters' Laurie Goering wrote. In other words, average people can hold accountable China's most powerful factory owners.

To date, 3 million people in China have downloaded the app. Ma's team also contacted big factory good buyers, like Apple and Gap, which then threatened to pull their contracts with the factories if pollution levels were not reduced. Due to the success of the app, more than 1,800 factories and 120 international firms have now made efforts to cut down on pollution.

The Atlantic: Is There Such a Thing as an Affordable Lawyer?