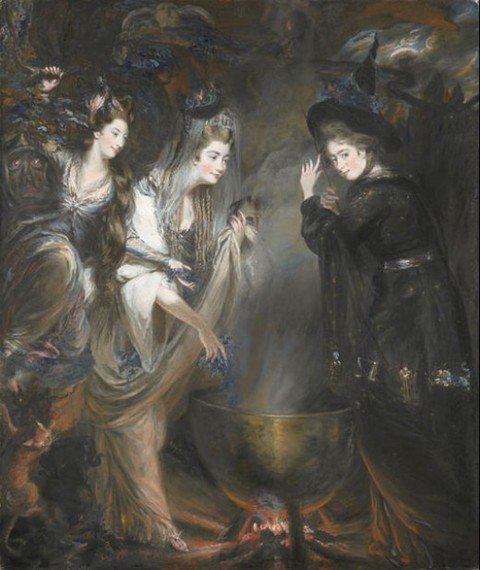 What's your story? That is a question that I am constantly asked and it use to annoy me. Somewhere along the way I embraced the fact that I am unique. It is not every day that someone meets a black Jewish woman who also happens to be a witch. Now it's rather entertaining for me to watch people process their thoughts and questions about my different identities.

While you may not meet a Jewish black chick every day, you just might meet a Wiccan/witch. We are not as uncommon as some people think. Did you know that Wicca may be is one of the largest growing religions in the United States? You bet your broomstick that it is. Every day more people are adding a touch of Wicca to their lifestyle. However most people are doing the Wicca thing on the down low, because people make all kinds of assumptions about magick and witches. So, what exactly is Wicca or being a witch anyway?

The Wiccan religion is a form of modern paganism that was started in England in the 20th century by a guy named Gerald Gardner who looked like a cross between Einstein and Colonel Sanders. People who practice lovingly call it witchcraft or "the craft." While Wicca is considered a religion just like Christianity, Judaism, or Catholicism, it should also be viewed as a way of life. Don't be surprised to find witches from many religious backgrounds. Witches like me are not uncommon. Wicca does not interfere with most religious dogmas so someone can keep their favored religious practice and throw in a dash of Wicca. As a side note, not all Wiccans are witches or pagan and not all witches are Wiccan.

There is a myth that Wiccans/witches participate in the "dark arts" which could not be further from the truth. We do not perform black magick or hang out with Satan. In fact Wicca is all about peace and harmony while promoting being one with the divine. Nature is a big component in the religion and incorporating the four elements: earth, air, fire, and air. Most Wiccans adhere to what is known as the Wiccan Rede, a core rule of the religion which states: "An it harm none, do what you will". Long story short, what you send out comes back to you threefold, so only sent out the good stuff.

Wicca and witches get a bum wrap thanks to television and movies. The big and small screen tends to show us as evil with the exception of shows like Bewitched, Charmed, and Sabrina The Teenage Witch. The most recent popular show that featured Wicca was American Horror Story: Coven. While I enjoyed getting my witches on Wednesdays, there were things there were incorrect in the show. There was so much witch on witch crime on the show that it frustrated me. Wiccans/witches are more about light than the media gives us credit for.

Wiccans/witches are a lot of fun thanks to the new and full moon rituals that we celebrate. Throughout the year there are seasonal festivals known as Sabbats which are sexy Solstices and Equinoxes. We dress up and pull out the musical instruments. Some of us even go out into the desert and dance under the light of the moon. Our big celebration is Samhain, most people know this day as Halloween. That is the day that Wiccans and witches think of as the New Year. It is a fabulous day for us and has nothing to do with tricks, though we do have yummy treats.

Wicca was developed by philosophers and artsy-fartsy people so it is a democratic practice that allows people to expression the religion as they see fit. If you are interested in Wicca, look for a gathering near you, though most people practice by themselves. Explore Wicca any way that you like it. You do not have to have to make it about being a witch or switching your religion unless you are inclined. I did not come out of the womb wearing a black hat and holding a cauldron. Through the years my witchy spirit found it's way out. Now I am a very eclectic witch that continues to explore and define what blessed be means to me.