This photo came across my feed the other day and I must admit I chuckled. 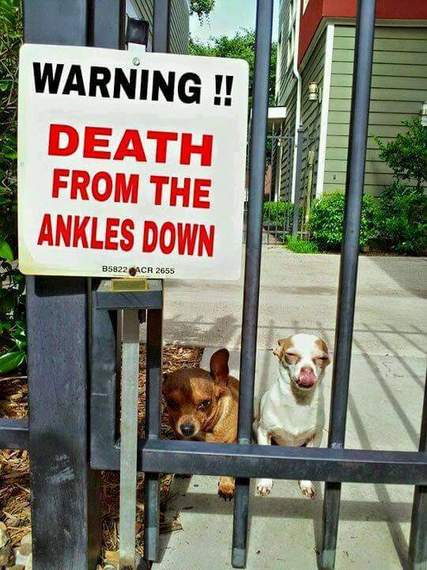 Then I realized that the person who posted it was expressing that it perpetuates breed discrimination, not just for the usual dog types, but for all. It's fair to say people agree Chihuahuas are known as ankle biters. Is it a stereotype or truth?

I shared this picture with a friend who owns both Chihuahuas and pit bulls and she found this humorous. I decided to conduct an experiment by posting breed specific photos I found on social media and asked my friends to weigh in.

I am guilty of finding the following picture humorous. It's even been circulated by many pit bull owners that I know. My friend Kim felt it is "an attempt to humor fighting in a breed perceived to fight (which I find no humor in)."

Kim is a pit bull owner and has rescued countless dogs. Another friend and owner to a golden retriever told me that he thinks it is supportive of pit bulls and anti- dogfighting because pit bulls are more likely to behave this way than fight. Are they? 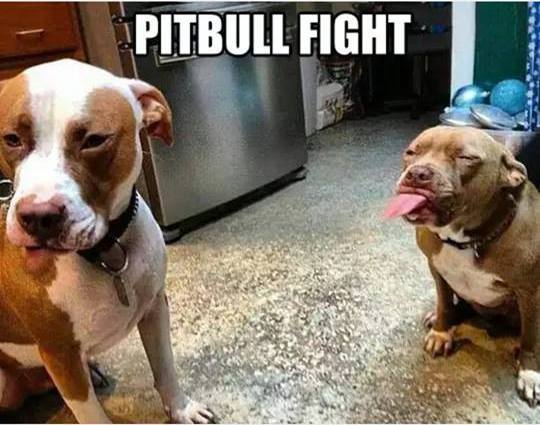 This is a store bought sign I'd seen posted at homes and businesses when I was an animal control officer. In fact, one of the businesses that posted this sign was protected by two Rottweilers. So why did he choose this sign? 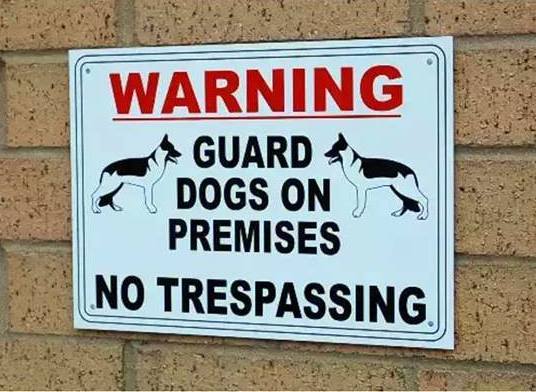 The feedback from Andrea, owner to a rescued, special needs pit bull, was that this sign could lead someone to believe, "German Shepherd dogs will bite you." I find it ironic that a sign created not for humor but for consumer use could be so misleading. Do the German Shepherds deter someone from breaking in more than the words "guard dogs"? Does this mean German Shepherds are the only breed used as guard dogs? This is the only sign that actually offended me.

So, what about this sign? Having small dogs myself allows me to declare this sign as fact! Alissa, a friend in rescue, mentioned that small dogs get away with so much. She stated, "When a 6 lb chihuahua is growling and snarling at you from a chair, it is a lot less threatening then a 106 lb lab." I agree because the difference in the severity of a bite wound is based on the size of a dog, not necessarily the breed. 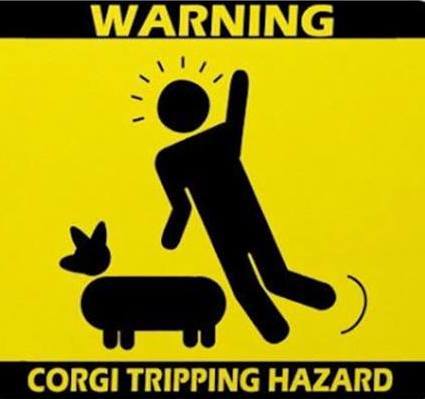 Alissa finds the following sign discouraging because it doesn't look at dogs as individuals and could lead people to believe that all pit bulls will offer licks and kisses. I wonder if the dog depicted on this sign was a cocker spaniel would it even make sense. Doubtful. 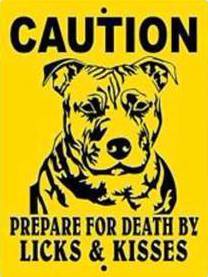 Jeff Theman, filmmaker of Guilty Till Proven Innocent, a movie about breed discrimination, gave a collective opinion of the signs above. "These signs are a great example why we have so many opinions about certain ones -- good, bad or indifferent. From one extreme to the other, the truth always lies somewhere in the middle." Pin Ups for Pit Bulls volunteer, Nancy Sue added, "While I think they're funny and cute, it actually does the dogs a disservice by still pigeon-holing them. If we want dogs treated as individuals, we should stop making certain types of dogs appear 'freakish' or ironically bad, even in jest."

Social media hosts an array of very humorous and seriously offensive memes and pictures. However, what's offensive to some is humorous to others and that's what makes humans individuals. But, do we perpetuate breed discrimination by posting memes and pictures such as these or do we post them to discredit the naysayers? I have no doubt that reality contributes to pictures like these. Without reality, we would not have anything to make fun of.

My friend Annie is owner to 13 dogs of various breeds. She summed it up by addressing those people who cannot get past breed discrimination: "Since you think my dog is going to suck the flesh off your face... here's a cute picture to make you feel more at ease!!!.".

Finally, this is a photo I took in the field. I was met by these Chihuahuas when I arrived to vaccinate them in their home. 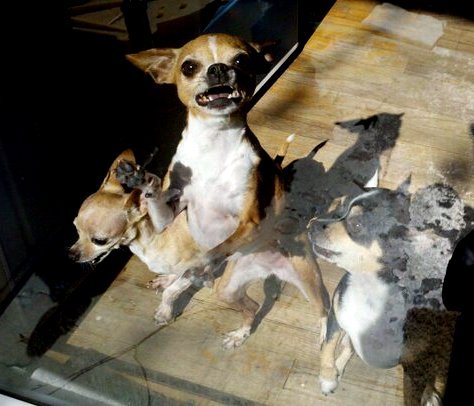 It was one of my most difficult calls, and I had to use bite gloves to handle them. I have dealt with every breed and every temperament out there and I can assure you harboring breed discrimination will get you bitten. We treat humans as individuals so shouldn't we treat animals as individuals, too? 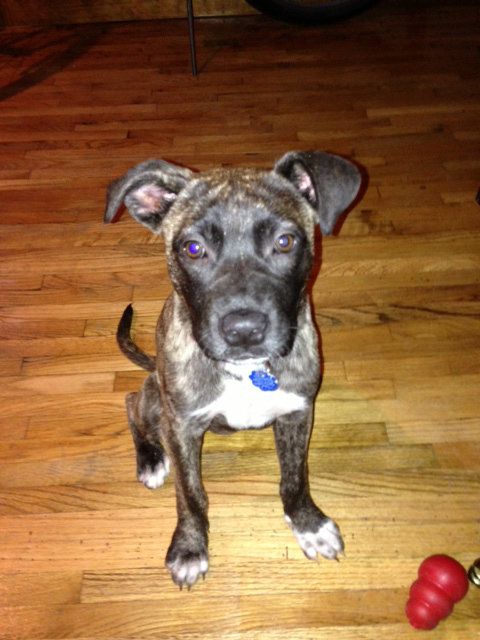