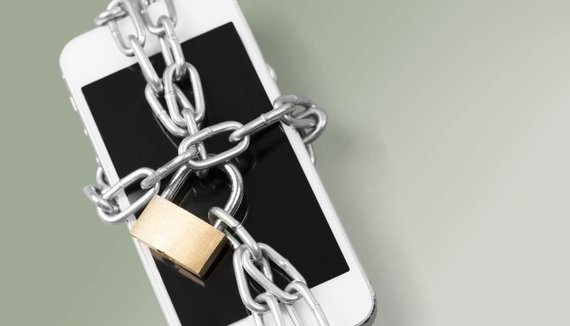 More than a billion people now use the world's largest messaging service, WhatsApp, on familiar brands such as iPhone, Android, and Windows smartphones. The good news for these users is that the service has now added end-to-end encryption ensuring that messages, phone calls, and photos or videos are all kept away from the prying eyes.

This minor update from the Facebook-owned WhatsApp will be seen as an important step forward in the ongoing battle between authorities and tech companies. The encryption of communications means that only the message's sender and the recipient can ever read the messages. Even if WhatsApp were faced with a court order to release information, they would be unable to help authorities due to the encryption safeguarding their user's privacy and security. WhatsApp founder Jan Koum:

"No one can see inside that message. Not cybercriminals. Not hackers. Not oppressive regimes. Not even us. End-to-end encryption helps make communication via WhatsApp private - sort of like a face-to-face conversation"

Jan Joum grew up in the USSR during communist rule. He experienced firsthand the consequences of suppression of free speech and infringement of privacy. The WhatsApp founder is apparently inspired to implement a positive change and right a few wrongs for all the right reasons. But will this be enough to convince the cynical mobs online?

Reportage on the recent conflict between Apple and the FBI, and now WhatsApps efforts to safeguard privacy, suggest that the tech titans are freedom fighters, standing up for our rights, and it feels a little ironic. Some believe that these companies are only interested in selling our personal information to the highest bidder or advertiser. In fact, there are multi-billion dollar industries devoted to just that.

There is an incredibly delicate balance between security and privacy. The security of our online banking and critical infrastructure is heavily reliant on encryption to keep us safe. At the same time, these measures of protection also make it difficult for law enforcement agencies to monitor suspects.

It seems that those on both sides of this argument run the risk of compromising the public's interest and safety if they make the wrong move. Amnesty International's Tanya O'Carroll labeled the move "a major boost for people's ability to express themselves and communicate without fear." Further fueling the debate around our security, privacy, and freedom.

These latest developments allude that the government's battle against encryption will only end one way. If the FBI succeeds in forcing Apple to add a backdoor to iOS, a wealth of services such as WhatsApp are waiting to provide an extra layer of protection to our communications. Even if they were to ban WhatsApp, another ten alternatives would soon follow.

This Is a Virtue War

We can expect the virtue wars to intensify over the next few months, but creating a so-called 'back door' in the name of national security is just as ludicrous as it sounds. Most tech companies are becoming increasingly concerned about a legal precedent being set that could weaken encryption across the board and thereby cause more harm than good.

Tech giants Google, Facebook, Snapchat and Apple, are all working towards increasing the security of messages sent through their platforms. As a society, the big debate we need to have is around the protection of personal information versus national security. Unfortunately, there are no easy answers, and this argument will surely continue to rage on.

In many aspects, we expect the state to protect us from harm, but do not want to give them the tools to make their task easier. Even if we declare that "we have nothing to hide" and agree to hand over the keys to our privacy, it's the diminution of encryption standards that could be the harbinger of even greater danger.

There are simply no right and wrong answers to this hot topic, only human opinion. The one certain thing is this: authorities and tech companies that manage our communication tools have very different ideas of what is the proper course of action.

About the Author
Anurag Harsh wears many hats. He is an entrepreneur, a public company executive, a digital guru, a blogger, a McGraw-Hill published author, an angel investor, and a classical musician who has performed two sold out solo concerts at Carnegie Hall (www.carnegieconcert.com). Follow him on https://twitter.com/anuragharsh