I got lucky. So lucky.

A couple of months ago, just after my first appearance in family court, when I was at my lowest of lows in life, I also took on a new job. Shortly after, my boss started rumblings about a conference in Vegas. I prayed. Please, please, please take me.

After he asked me to go, I think I hung up the phone and cried happy tears. How lucky was I? 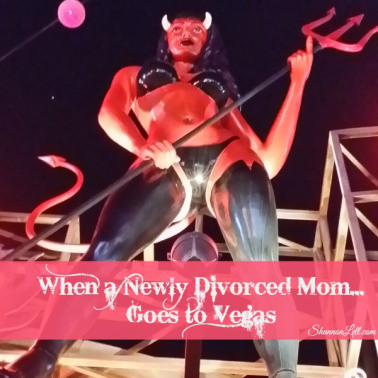 Before this trip this week, I had been to Vegas twice. The first time was just passing through, and the second time was almost exactly a year ago. I went with girlfriends. Last year in Vegas, I was married... faithfully. I wore my ring and told any man within my vicinity that I was taken because I was not the cheating kind. After that trip, I came home, regretful and slightly depressed about the lack of freedom in my life.

But this time, there are no regrets. Of course, this time... there was no ring, either. There were no self-imposed rules. No limits. No chains. No reasons for walking away and saying, no, I can't.

And there's no need to lie. I got drunk on freedom. I was intoxicated by the possibilities. I got high from the ability to go, and do, and be whatever I wanted. It was liberating in a million different ways.

My boss is a nice guy, and exceptionally, happily married. We've worked together for a while now, and we clicked from the start, but this was the first time I'd met him in person. He's 6'4″ and has the personality of a big, safe, teddy bear. I told him he was my body-guard. We had a signal if I wanted him to save me from bad conversation.

We poked fun at each other like brother and sister. He liked to tell people I was recently divorced because he knew what would happen. A smile would spread across their face because it's true; there are clichés about newly divorced women, and I have found myself representing each one of them. I possessed the devil-may-care attitude; the desire of freedom, and perhaps the need to be careless for the first time in a long time.

Freedom and independence used to be characteristics I put on the highest level of virtue. I spent the larger part of my teenage years grounded to my room because of my propensity to break the rules in the name of independence. My parents knew that taking away my freedom hurt me the most, and they were right. It was painful.

I was a wild spirit back then, but over the course of the last 12 years I let that spirit be eroded away, and not in the natural ways of age and matrimony. My sense of self was worn down like rock under a constant stream of dripping water. The incessant, methodical drip, drip, drip of precise words and actions over time had me falling down into a dark hole. And then I grew comfortable there, like moss.

But Vegas threw me a rope and I grabbed it with both hands, and legs, and all the strength of someone stuck in a hole would need to get out. Now, as I resurface into the world, the light is so bright I can hardly see. It's like being born again. I've been shoved into the abyss for so many years that now I'm squinting trying to adjust to this bright new view. My equilibrium is WAY off. It's scary, and not scary at all. 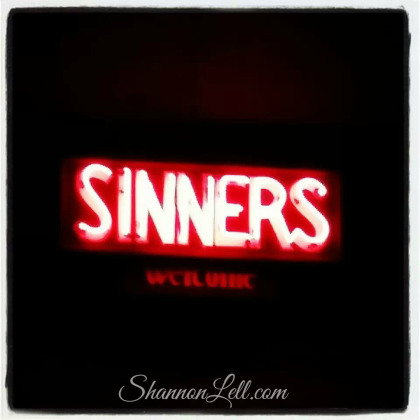 So after four days in Vegas, and coming back to a life with light in my eyes, I also had to come back to being a single mom of two toddlers. Talk about a reality check.

I was nervous picking them up. Did they miss me? Would they know that I felt different? Would I be able to be the Mom they've always known? The Mom they need? Was I more selfish now?

After six days of no contact, the moment they walked out the door and ran toward my arms -- worlds collided. The new me smashed right into Mom-me and it was... okay. Good, even. They nearly knocked me over with their love and their "I miss you's" and "I love you's" and "I'm so happy you're home," and I knew then that everything was going to be okay.

I clawed my way back to the light, for me. It is part of my rebirth back to myself and it was going to happen eventually. And I will admit, I was selfish and wanting in Vegas. But I needed that, and for the first time... I don't feel guilty about a thing.

But this is not without a price. I've already been judged for my public displays of "I'm so happy I'm divorced!" postings. And I'm certain that some people will read this and call me horrible names while making their own assumptions. But part of climbing out of this hole is not listening to what others have to say and trusting myself. And I will probably fall under these weak and shaky new legs... but I'll do so while standing in the light.

Today is my birthday. I don't say that to generate a stream of well-wishes, but I am 36 today. I think it's about time I know who I am, and what I want... and don't want.

Because if I don't know that... how can I teach them? Because no one should ever have to grow cold and still inside a hole of darkness. Not when life is full of so much light.