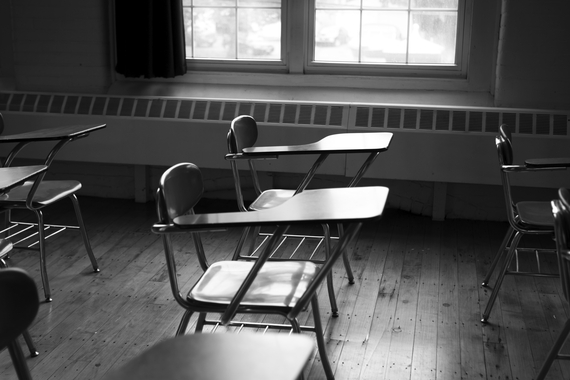 America's Promise Alliance published a new study this fall, Don't Quit On Me: What Young People Who Left School Say About the Power of Relationships, and invited young people to share their stories about the power of relationships. Ola's is the first post in a series by young people about the ways adults and peers can help more young people graduate from high school.

At 24 years old, I feel like I've lived the life of someone who's 80. I've overcome obstacles I never thought I'd make it through, endured pain most young adults should never have to experience. In my few years on this earth, I've survived two major organ transplants, a high school nicknamed "Knife Point High," and the challenges that come with being a student with a disability.

I'm from Prince George's County, Maryland, home to five of the richest African American neighborhoods in the United States. From the outside looking in, we're a community draped in wealth. And yet, we hide a painful secret: we suffer from high dropout rates and ever-growing police violence.

My earliest memories from grade school include the constant presence of police officers on my middle school campus. I saw students arrested and watched others rally up juvenile criminal records.

In high school, I witnessed a police officer inform a tardy student that, at 16 years old, he was old enough to drop out of school. "If you're going to be late, you might as well not come to school," he said. "The legal drop out age is 16. How old are you?"

He wasn't trying to encourage the student to come to school on time. Instead, his words were a dismissal of this student's right to exist in the public school system. This student eventually became one of the nearly half a million teenagers who leave school without graduating every year.

Seeing what happened to him, and to so many others, taught me a tough lesson: Without the presence of caring adults and support systems, students often leave the public school system feeling unwanted and rejected.

A new report from America's Promise Alliance and its research institute the Center for Promise shows just how much relationships matter to at-risk youth.

In Don't Quit On Me: What Young People Who Left School Say About the Power of Relationships, a young man talks about what it meant to have adults in his life who believed in him: "They went beyond what they're supposed to and really made me feel safe....Made me feel important, 'cause somebody cared. 'Cause these people didn't even know me. They weren't even related to me. They weren't blood or nothing, but they cared."

I made a decision early in life that I wouldn't end up like many of my peers, that I wouldn't become a statistic. But without mentors and adults in my life who cared about me, I may never have reached that conclusion.

The mentors I met through my high school mentorship and student government programs taught me that I am more than my current circumstances and where I come from. 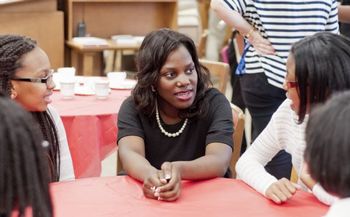 They taught me how to apply for college and receive funding for it, and they taught me about the importance of service and volunteering. Through service, I learned how to stop complaining about problems in my community and instead begin working to change them.

These lessons inspired me to start a nonprofit organization called Project ASCEND. We provide college scholarships and civic service opportunities to low-income youth living in the Washington, DC area. Because adults cared about my path as a teenager, I am able to give back to my community and serve young people who seek to better their lives through higher education.

As a young person, it's easy to feel powerless. I often used the phrase "I can't," because I didn't believe in myself. But then a teacher challenged me to change "I can't" to "Why can't I?"

"Why can't I have the career and life I've always dream of?" The only person blocking my success and happiness was me. The adults in my life showed me that.

Ola Ojewumi is an activist, journalist and community organizer based in Washington, D.C. After receiving a heart and kidney transplant, she founded two nonprofits, Sacred Hearts Children's Transplant Foundation and Project ASCEND, which have been praised by MTV, Glamour Magazine, and the Huffington. Ola serves as a trustee of America's Promise Alliance.