Thirty years ago, on April 28th, 1985, my mother and father curled up in bed together. Their "baby bag" of hospital supplies sat in the corner, because I was due to make an appearance at any moment. As they drifted to sleep in each other's arms, they dreamed together about who I might be in the world.

My mother's contractions came on strong that evening, but the midwife advised her to take a bath and relax. It wasn't until later that my mother realized her water had broken in that bath. My parents made it from 186th to downtown Manhattan in a cab. My dad raced in to get a wheelchair. My mother took two steps out of the towncar before lying down on the sidewalk.

The midwife hadn't arrived yet and my mom was in full labor. The nurses got her onto a gurney. They told her to push, but she wouldn't -- she clutched my father so tightly she broke his glasses.

"Why aren't you pushing the baby out?" a nurse scolded. "It's ready to be born!"

"What are you afraid of?"

The nurse took her hand and smiled warmly. "Every mother feels that way," she assured my mom.

"And I believed her," says my mother. "Within seconds, I pushed you out."

My father has his own story from that night. The nurse had just left the room with the name for my birth certificate, "Luke Lewis Werenko-Ross." Unhappily, he looked at my mother and said, "I just don't think I can raise a Luke. Can we name him Buster? I think I could raise a Buster."

Buster wasn't a common name then and it still isn't, but my mother didn't hesitate. She pressed the buzzer and summoned the nurse back, and I became myself.

As my father held me in his arms and we looked into each other's eyes for the first time, all of New York City held us, Cliff and Buster. In that embrace he found hope, and became a father. 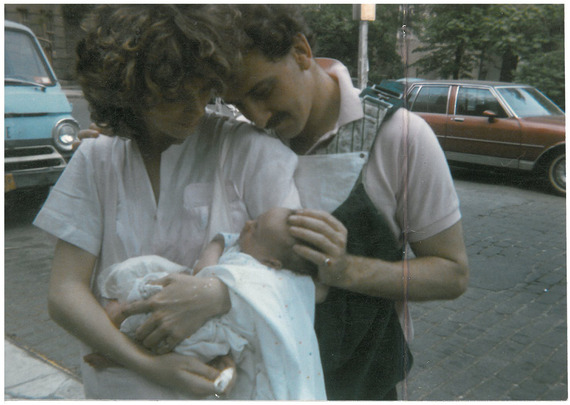 It was only recently that my dad told me more of the story. "I had met a gay man named Buster at a bar in New York and the name stuck with me." he said.

"I honestly hadn't thought about it," he said.

I love my father so much, for exactly who he is.

I've always said that I was the result of the accidental pregnancy of a gay man and a straight woman. But in doing research for my upcoming book, I learned that my parents had really loved each other, that I was created out of the playful intimacy that flows from a sense of safety and curiosity. My dad wasn't trying to not be gay -- he was acting from love and desire. He was having a heterosexual experience, a valid one.

But there's a difference between having a heterosexual experience and being a heterosexual person. Within the year, my parents were in counseling together. They determined they would stay together until I was five years old, so I could have stability early in my life. They agreed to live in the same city until I was grown, and they kept that agreement.

On another April 28th, in 1958, my grandmother, pregnant with her last child, was just days from giving birth. My grandfather was deep in his work as a psychiatrist -- writing a case study for a psychiatric journal on successfully converting a homosexual man.

In 1958, the idea that a homosexual could have full life, a family, was unheard of: conversion therapy was considered an act of compassion. In fact, all of his kids piled in the car and went to the wedding that followed this "successful case."

Our story isn't ironic, it's beautiful.

In 1943 (perhaps in April), my father's father was only blocks from that delivery room, in residency at Bellevue Psychiatric Hospital. He had just a received a letter that Max, his only brother, the man who raised him, had died along with his wife and two sons in the concentration camps. My grandfather went to the roof of the hospital and contemplated jumping. I like to think that as he looked out on New York City at that moment, the city held him, as it did on the day I met my father. 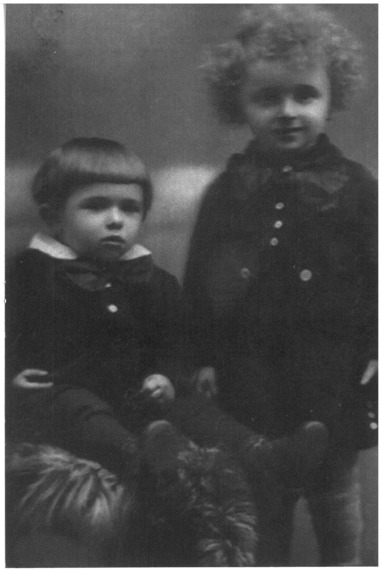 A nurse came to the roof and he turned to look at her. In that instant, my grandfather was confronted with the one choice we all have in the face of absolute despair: love or hate. He chose Helen Joy.

It was in that one instant of connection that my father and I were both created.

My oldest uncle followed my grandfather into psychiatry, and he was in residency at Bellevue Psychiatric Hospital in the years that lead up to homosexuality being declassified as a mental disorder. In fact, my grandfather died in 1972, just the year before. He never lived to see this change, he never held me, and he didn't live to see two of his sons come out. But long before he died, he held his newborn son, as my father had held me. He held him in the delivery room, and they looked into each other's eyes, and he dreamed that his sons and daughters would grow up in a world free of prejudice and hatred. And today that son is still a practicing psychiatrist, one whose work reflects that vision, a far cry from the days of conversion.

"Your mother and I always knew we could do it," my dad told me recently. "As I was growing up, I kept hearing that gay people could never have a full life. I could never have family, for that was the price of being gay. Knowing that I was gay was terrifying. But we just believed that love would be enough. That you would make it, no matter what your family looked like, if we just gave you all of our love."

Hear it said far more beautifully in my dad's own words in the 3-minute clip from our StoryCorps #OutLoud interview from 2014 posted just below:

And so I have. As a sexuality counselor, alcohol and drug counselor, and mental health therapist I have come to specialize in working with survivors of "conversion therapy." Many LGBTQ people are still grappling with substance use and co-occurring disorders that are clearly connected to this damaging and obsolete practice. I'm doing what I know my grandfather would have done: I'm choosing love, and finishing the work he began.

Last year I wrote an op-ed calling on LGBTQ advocacy groups to introduce legislation banning conversion therapy. I testified in support of the bill that Basic Rights Oregon introduced, and witnessed it pass the Oregon House of Representatives with support from the National Center for Lesbian Rights and Human Rights Campaign. On April 28th, 2015, I sat in the audience as an Oregon Senate Committee heard testimony on that bill. I smiled as I thought about how my grandfather would be proud of me. 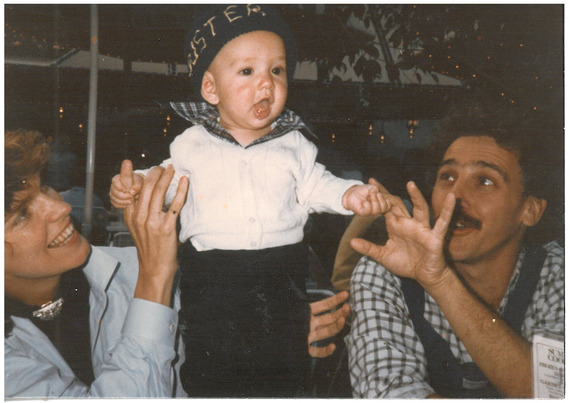 Our society has been slow to recognize the role that LGBTQ people have had in so many of our greatest achievements. Just wait until you see what their children are capable of...

But no matter what happens with the Supreme Court, or the Oregon Senate, if we just love each other, I know we will make it.

Today I start the 30th year of my life. I'll be holding in my heart all those who are feeling the despair of separation that comes in the instant before we discover our family, before we remember that every one of us is #bornperfect.

If you live in Portland, I will be hosting a 300 person event bringing together LGBTQ leaders in Oregon to talk about health and wellness tonight. My dads will be there, and we'd love to have you join us.

The opinions expressed are solely those of Buster Ross.