When us humans come out of a suboptimal experience, we tend to over-correct in the opposite direction in our next experience. Repeated over-correcting results in pendulum-ing (which is often sub-optimal behavior).

For instance, let's say you dated a workaholic investment banker and the relationship goes sour (for reasons not qualifying you to be part of Dating a Banker Anonymous). The next person you may be inclined to date might be a starving artist or someone completely in the opposite direction. In reality, if you dated that investment banker but you just wished they worked a bit less, you may want to date a trader, lawyer, or accountant.

In dating, many people are always looking for the opposite of the person they last had a relationship with.

Rather than completely over-correcting, a repeated iterative correction, without going to the extremes, may prove more fruitful. In math, this idea is represented as a limit of a function oscillating and eventually approaching an asymptote; in physics this is known as damped oscillations (for all the math and science geeks). 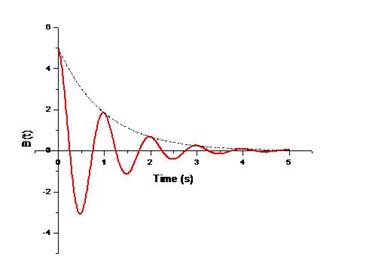 In the physical world for instance, repeated or extreme over-correcting while driving can cause a car to roll. The idea is to make gradual correction in the opposite direction towards that happy medium.

The past 16 years of picking Presidents, demonstrates that the nation has an inclination towards penduluming. In 1992 we were concerned that President George H.W. Bush was out of touch with the public (e.g. not knowing the price of milk and never seeing a scanner before). And so this country chose a guy named Clinton who was a man of the people and loved McDonald's. The nation was then tired of this guy cheating on his wife and so we yearned for the stability in the prior administration, thus we pendulumed to a George W. Bush who was pious and talked about his love for religion. And this past election we elected someone perceived as very different from Bush.

Even national security policy can vary widely. World War I was a total quagmire because most countries succumbed to a bizarre notion that the first country to strike would have an overwhelming advantage. Of course, this did not happen and the world saw years of trench warfare with little territory gained. Seeking to avoid this horrible kind of war is what led to Chamberlain's policy of appeasement. He did not want to rush into things which turned out to be the wrong thing to do. Later, World War II turned into the complete mobilization of the nation but a huge cost of 400,000 lives and required the attention of almost the entire country. So when we got into a war in Vietnam we pendulumed to a more limited engagement -- the thought was to rather fight them when they were distant and weak then when they were closer and stronger. Clearly that didn't work out, so we followed the Powell Doctrine of overwhelming force in the first Gulf War. But, of course, Vietnam taught us that occupation was a likely failure so we left Saddam Hussein in power. Then in the most recent Iraq campaign we went back to a more limited engagement...but we decided to be an occupying force yet again. It appears our leaders are oscillating back and forth and cannot decide on the best strategy.

And it is not just military leaders, voters, and hopeless romantics that pendulum. We all do it in business. You may join a work environment with no process that is too chaotic, and then move to a new company which might quickly overwhelm you with the initially desired bureaucracy. Or if you tried to outsource your lead gen and it did not work you might decide to never outsource anything ever again.

The human species as a whole is very fickle about what we want. We think we want one thing and when the outcome does not totally work out, we often go for something completely different. We're constantly taking excessive measures in an attempt to correct or make amends for an error, weakness, or problem, while running off of very little data. And so ideally you would want to collect additional data and make iterative corrections. Just don't swing too far to the left or right.