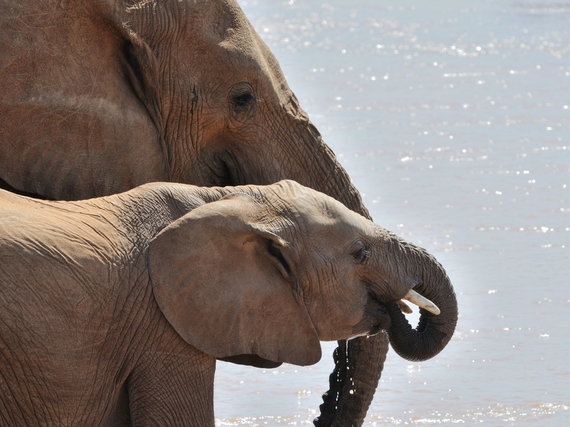 Like toolmaking, teaching was once thought to be an exclusive capacity of the human mind. It's not, but teaching is rare, and teachers are an elite group.

"Teaching" requires this: one individual must take time from their own task to demonstrate and instruct and the student must learn a new skill. That's a tall order.

When a young chimpanzee watches a skilled adult and then imitates, that's learning, but the adult has not taken time specifically to instruct, so it is not teaching. In the honeybees' amazing waggle dance, the dancer takes time to indicate information about a source of food, but the other foragers learn no new skill. Same with certain ants; same with animals who alarm about the presence of a predator. They do take time to show, but they do not impart new skills to the learners.

Killer whales teach; they take time and impart skills. Around the Indian Ocean's sub-Antarctic Crozet Islands, killer whales catch fur seal and elephant seal pups by surging onto beaches. But it's dangerous. The whales risk stranding themselves and must thrash their bodies back into the rescuing surf. 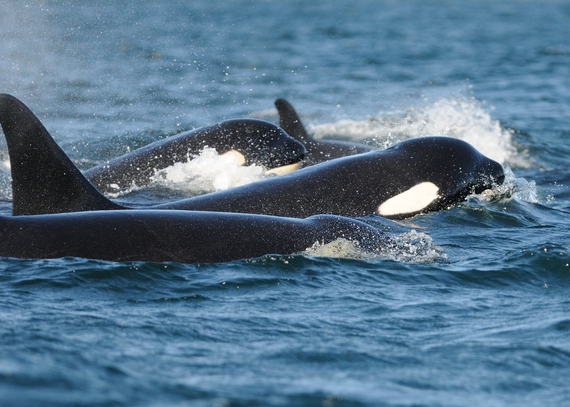 Adults teach the young how to do this. They teach in steps, giving lessons. First, they practice on beaches without seals. Mothers gently push their young onto steeply sloping beaches, from which youngsters can easily wriggle back into the sea. It's the killer whale equivalent of learning to operate an automobile in a parking lot before driving in traffic. This teaching builds skills in a safe environment, eliminating the very real risk of a fatal stranding.

Then the young learn hunting by watching their mothers' successful attacks. At five to six years old, young killer whales finally attempt to catch seal pups using the beach-surge technique. An adult female often helps them return to the water, creating a body wave if necessary. The time required for teaching means that mothers catch fewer seals for themselves.

This training may well be the absolute height in both teaching and long-range planning among non-humans. In Alaska, researchers saw two killer whales teaching a one-year-old to hunt by practicing on seabirds. Adults stunned an unsuspecting seabird with their flukes; the yearling whale came and practiced the fluke-slapping technique. 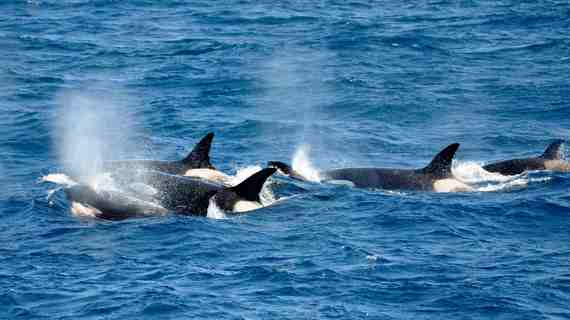 Atlantic spotted dolphin mothers sometimes release a prey fish in the presence of their youngsters and let their youngsters chase the fish, recapturing it if it's getting away. Atlantic spotted dolphin youngsters also position themselves alongside mothers who are scanning and prodding sandy bottoms for hidden fish. They can "eavesdrop" on her sonar echoes and imitate her technique, but the mother spends extra time demonstrating. Australian bottlenose dolphin mothers who wear sponges on their snout to protect against urchin spines and the searing sting of hidden scorpionfish while they're probing the sediment teach their children the sponge-wearing technique.

So yes, teachers are an elite group. Other teachers include: cheetahs and housecats (who bring back live prey and let their young learn to catch it), birds called pied babblers (who teach their young a call that means "I have food"), peregrine falcons (who lure their young away from nesting cliffs before dropping killed prey for them to catch in flight), otters (who drag their babies into and under water, teaching them how to swim and dive), and meerkats (who first bring to their growing young dead scorpions, then disabled ones, to demonstrate how to dismember the venomous stingers). Humans teach, of course. That's about it; we know of few other teachers, so far.

But many more must be hiding in a spread as diverse as that. Like toolmaking and teaching, imitation--considered to reflect high intelligence--is also rare in the animal kingdom. Some researchers believe that only apes and dolphins imitate, but it's a little more common. Our parrots' habit of dunking hard bread crusts in water was probably in vented by one and copied by the other. Young dogs imitate older dogs. 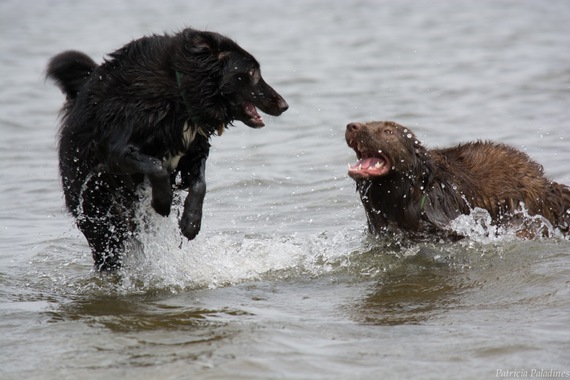 And dogs imitate people in their way. When I am "doing" firewood by cutting, hauling, and stacking it, our dog Chula "does" wood by finding a suitably sized piece and lying down nearby to chew it. When I am "doing" paper-sorting for recycling or burning in the stove, Chula might find an envelope and very inconspicuously lie down with it. Chewing envelopes is usually not allowed, but at these times we both understand that we have paperwork to do.

In South Africa, a captive bottlenose dolphin named Daan had watched divers cleaning algae off his pool's windows. He found a gull feather and started cleaning the window, using the same long strokes. He positioned himself vertically, with one flipper touching the glass--like the divers, who'd steadied themselves by holding on to the window frame--and made sounds almost identical to the diver's breathing apparatus, and released a similar-looking stream of bubbles.

When a window-cleaning diver left his vacuum-cleaning apparatus in an exhibit, he returned the next morning to discover a dolphin named Haig clasping the hose with her flippers, her snout on the scraper. When the diver took back his equipment, the dolphin found a broken piece of tile and started scraping seaweed off the bottom of the pool. Who couldn't use a roommate like Haig?

In a South African aquarium lived a baby Indo-Pacific bottlenose named Dolly. One day while she was just six months old, Dolly was watching a trainer standing at the window smoking a cigarette, blowing puffs of smoke. Dolly swam to her mother, briefly suckled, then returned to the window and released a cloud of milk that engulfed her head. The trainer was "absolutely astonished." Somehow Dolly came up with the idea of using milk to represent smoke. Using one thing to represent something else isn't just imitation. It is art. 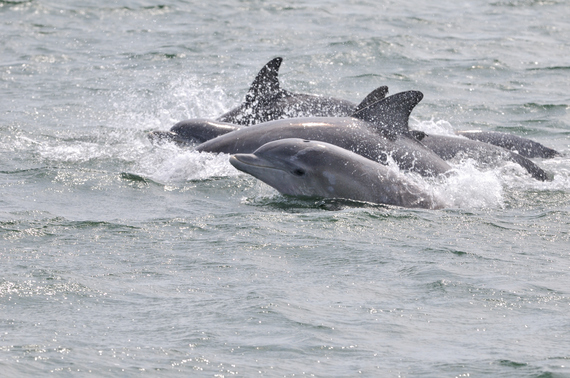 Carl Safina's most recent book, Beyond Words; What Animals Think and Feel, is newly out in paperback.