The forthcoming 70th anniversary of the end of the Second World War marks also the anniversary of the discovery and closure of the Nazi extermination camps and of the respective death and freeing of Anne Frank and Fania Fenelon, the two iconic figures of death camp suffering. In an exclusive interview with director-producer Linda Yellen, who produced 35 years ago the now classic television-film Playing for Time, we will examine the various approaches of cinema on the subject of the Holocaust. 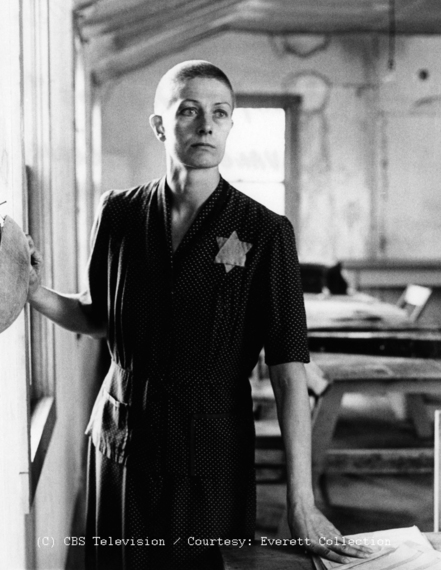 Spring of 1945: As the allied forces were closing in on Nazi Germany, young men from both the US and Soviet armies were reaching the fenced boundaries of military compounds of an extraordinary nature. At first glance these buildings, surrounded by rusty barbed wire and watchtowers, looked like the typical prisoner-of-war camps. Upon taking a closer look, however, strange skeletal figures in striped uniforms seemed to be in stupor, drifting ghostly behind the fences as if haunting the grounds. These were no ordinary detention centers... As the young GIs soon realized to their horror, such camps were not designed to keep the inmates in confinement but to systematically exterminate them.

One of these locations was Bergen-Belsen in Lower Saxony. It was there that the most famous detainee of the Holocaust was held, a young Dutch girl called Anne Frank. Tragically, she died only days before the camp was liberated, seventy years ago this month. The publication of her recovered diaries and their successful stage and screen adaptations would turn her into the symbol of the Holocaust and also of the collective suffering of the entire Second World War.

Mid-1970s: Another book depicting life in the extermination camps was published in French by Auschwitz survivor Fania Fenelon As the work was gaining momentum it attracted the attention of producer-director Linda Yellen who recalls:

My French was not that good at the time but the story of this woman's arrest captivated my imagination and I devoured every page with my French-English dictionary in hand. Playing for Time is the autobiography of a Jewish Parisian night-club singer who is arrested by the German occupation troops and taken to Auschwitz. There, among the surrounding horror, she is engaged as a pianist-vocalist in an all-female orchestra of prisoners. In all these death camps the inmates prolonged their survival by hard labor. Musicians in Auschwitz were obliged to play for the entertainment of the Nazi troops but also in order to create an atmosphere of distraction from the grim surrounding reality. The contrast between cries and music, beauty and ugliness within such an infernal setting was a formidable creative challenge. The only writer who in my mind could grasp the complexities of these issues and had the theatrical background to bring this story effectively to life was Arthur Miller. 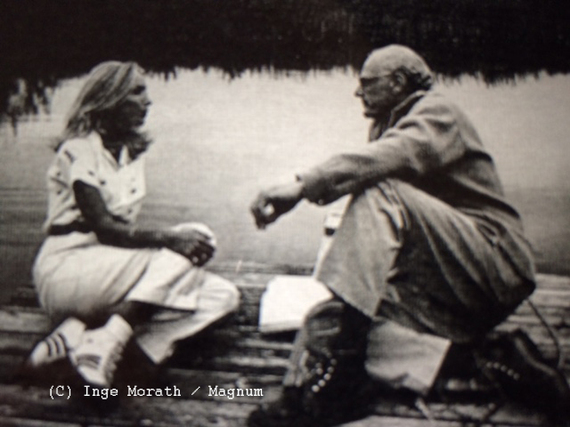 By the late 1970s Arthur Miller had turned into an intellectual figure of legendary and world-wide proportions. His stage plays The Crucible, All my Sons and A View from the Bridge were already considered standard theatrical repertory, coveted by the most important actors, while his Death of a Salesman was and still is acknowledged as one of the theatrical masterpieces of all times. Furthermore, his brief marriage to Marilyn Monroe had also propelled him to the forefront of cafe society and on the cover of lifestyle magazines. 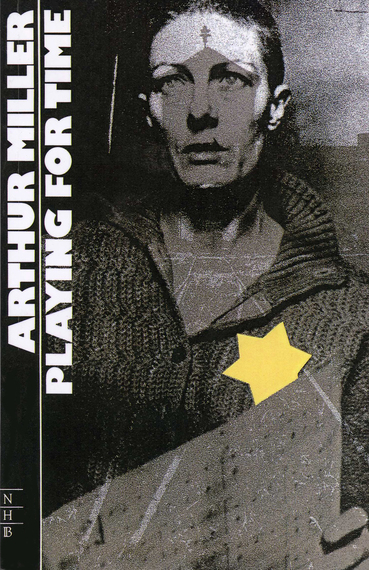 In order to do justice to the story and to attract Miller's attention I needed to find a worthy protagonist on whose personality he would adapt the plot and character of Fania Fenelon. I would have no less than the best actress in the world, and one who could sing and play piano, to boot. I was left with only one choice: Vanessa Redgrave.

Vanessa is a heavily politicized artist. She is also a human being who feels passionately about all the people who suffer. Being a purist she decided not to create a polished movie-star version of how an Auschwitz-victim should look like but to appear as a real victim of the camp. There was no glamour or glitz to her approach only hardship and neglect. She even accepted to have her head shaved, as was the case with most Jewish inmates.

This collaboration proved to be a major turning point in the history of the depiction of the Holocaust in cinema. Until Playing for Time, films that dealt with the subject were mostly either about tales of survivors, who were trying to recover from the shock of the experience and rebuild their lives, or of people who accidentally came into contact with some war criminal in hiding or even a Nazi organization and set their minds to expose them and bring the culprits to justice (The Odessa File and Hitchkock's Notorious)

The attitude of the first post-war generations towards the Holocaust was quite ambivalent. Psychologist Mary Coulma was enrolled into a post-graduate program on "Family Therapy" at the "Adlerian Institute of Tel Aviv" and was exposed to several cases involving Holocaust victims. She explains that the millions of deaths, awakened horror and dismay in society but were nevertheless considered a done deed. In stark contrast, survivor tales created a sense of unease to many. In the manner of Vietnam veterans, who reminded Americans of a senseless war they had embarked on, Holocaust survivors who kept their identification numbers engraved on their flesh were an indisputable proof that this cruel reality had actually taken place. And this acknowledgement brought about shame and guilt for not having done enough to prevent it.

It is therefore not surprising that film references to camps were mostly conceived in the form of flashbacks, creating tense dramatic moments, but nevertheless keeping this harsh reality in a different time frame from the "real time" of the plot. By setting these moments in the past, filmmakers were also creating a safe distance between the harrowing events and their audiences. In fact, until 1980, the Holocaust was confined to history and ticket holders could sigh with relief. As graphic accounts of day-to-day violence were considered box office poison, even sad-ending films such as The Diary of Anne Frank and The Garden of the Finzi Continis would throw ending titles with the arrest of the victims and their boarding for deportation leaving the truly tragic images of events in the camps to the imagination of the viewers. 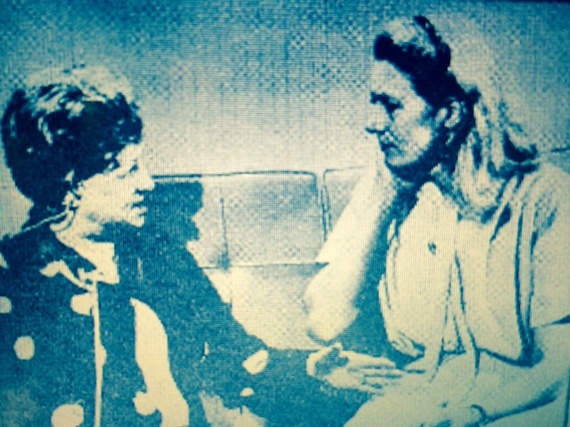 Before our film, plots on the subject were one-person-stories. By making it a group narrative, Miller turned Playing for Time into a story of universal suffering. As characters from different cultures and walks of life are brought together by force in such a place, all of them weighed down by misfortune, only one thing begins to matter : Survival. But in the case of these women it is not about individual survival. The story becomes about the collective survival of all the members of the orchestra. The life of each musician is a crucial factor for the durability of the orchestra. Jane Alexander seized on this necessity and gave a memorable performance of her struggle as the conductor to keep everyone alive against all odds. Marisa Berenson on the other hand plays an aristocrat who was not Jewish and paid the price for having helped Jews.

Miller's approach to the story did not center around death. In fact the plot is about life. The task of preserving life in a place reserved for the mass production of death, results in a sequence of conflicting situations. When Fenelon is asked to perform for the Nazis, Redgrave sits at the piano and selects to sing with a broken voice J'attendrai a romantic song in French, pledging eternal faith on the return of a lost loved one. Immortalized in its French version by Josephine Baker from the original Italian J'attendrai was translated in most European languages and became a major hit even in Germany under the title Komm zuruck (Come back to me). This was the one song that, during the war, came to symbolize the prewar carefree days.

Another strong scene of the film reminds us of Titanic, when first-class passengers are boarding the life boats while the musicians on deck play merry tunes. In Playing for Time a group of women are being marched toward the gas chambers under the strains of the orchestra, performing on the sidelines. Suddenly a woman breaks away from the group, approaches Redgrave and spits at her in contempt. She then joins back the ranks of her ill-fated companions and walks away to her annihilation.

We were shooting these scenes in some military barracks in Pennsylvania. At the end of a long day I took my cast to the local movie house where Francis Ford Coppola's Apocalypse Now was playing. It was inspiring for all of us to see a wonderful war movie. We were also riveted by Dennis Hopper's memorable performance. Little did I imagine then that, 35 years later, I would be directing Dennis in his last film, which we will be completing now that we have launched a successful online kickstart campaign. 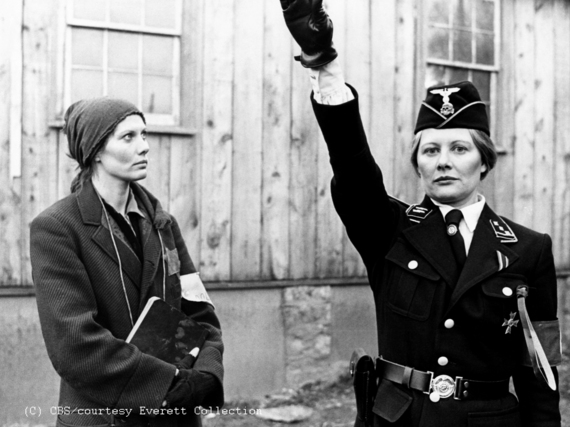 An extremely unsettling side of Miller's script is the dichotomy of good and evil. The beautiful Shirley Knight is impersonating a Nazi jailer who can arbitrarily be nice to a boy at first, and then send him to his death.

"It is through such the display of the banality of evil that Miller leaves us with an open question of whether mankind is ever going to learn from its mistakes....".

Today, people are once again being gunned down because they do not share the same opinion as their executioners. For these same reasons, countless others are being displaced from their homes, while historical monuments, that have withstood the erosion of centuries, are reduced to dust by mindless fanatics. Man is once again creating a sordid image of himself. The question is whether this representation is made in the true image of ourselves?

In answer to this question, a lesson could be drawn by the Holocaust: all this horror and ugliness should make us strive to discover the beauty within ourselves. Only then, would the ordeal of so many millions of human beings beget some meaning. To quote Anne Frank from her famous Diary of Anne Frank, on the 70th anniversary of her death:

Riches, prestige, everything can be lost. But the happiness in your heart will always be there as long as you live. As long as you can look fearlessly at the sky, beyond the rooftops, you'll know that you're pure within and will find happiness once more........ 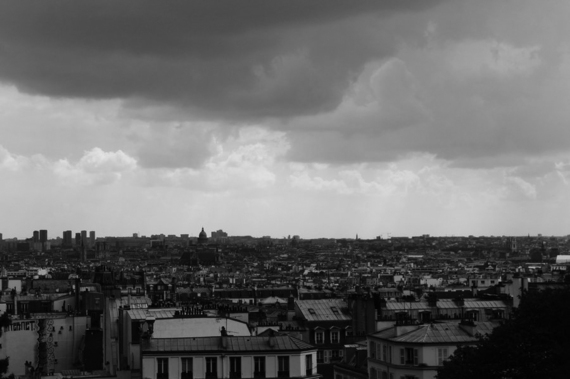