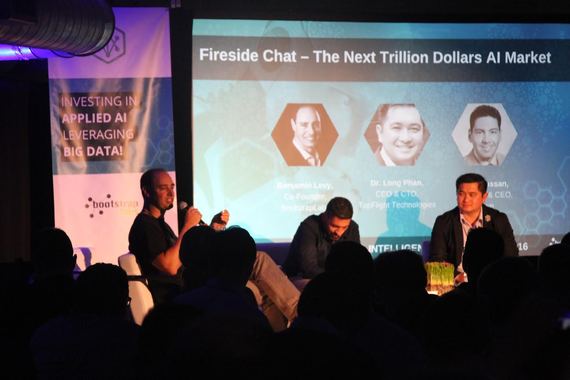 At the inaugural Applied AI conference, hosted by BootstrapLabs, a venture builder company with a global outlook based in the Bay Area, the discussion centered on the disruptive power of artificial intelligence and the impact it will have in the world. BootstrapLab believes that artificial intelligence will accelerate the pace of innovation in most industry verticals across the world. To that end, they brought experts from some of the leading technology companies and organizations together to discuss the future of AI. "We have entered the age of Applied AI," espoused Nicolai Wadstrom, CEO of BootstrapLabs.

AI is not new, yet today we are standing at a turning point. Today, every industry is relying on AI to reimagine how business is being conducted. The conference covered technologies and applications related to AI systems and how these advances are fueling our world.

Rob Nail, CEO of Singularity University, kicked off the conference by introducing key concepts that are playing a pivotal role in actualizing this second coming of neural networks as a technique to solve some problems that were previously bounded to the cognitive realm. For example, exponential growth in computational power and big data sets that can now be mined for key insights. He explained how experts are often the worst people to predict the future and they don't realize the doubling patterns in exponential technology. The problem is that quite often we are fed a negative vision of the world.

According to other expert, data holds the power and utility for some of the most pervasive applications that will be created. What does this mean? In the future, start-ups will have to strategically find the domain and problem set to work on where big tech firms don't have a massive amount of data. Those startups can leverage and play it to their advantage.

In general, we were told that those companies that chase big data are pushing the envelope in AI. Think of Google's self-driving car, which has already accumulated more than 1.6 million miles of data. Google's Nest, Netflix algorithms, Amazon's Echo, Microsoft's Xbox are all examples of companies using huge amounts of data to improve the service for consumers. This age of big data requires new scalable infrastructures to handle the enormous influx of data. 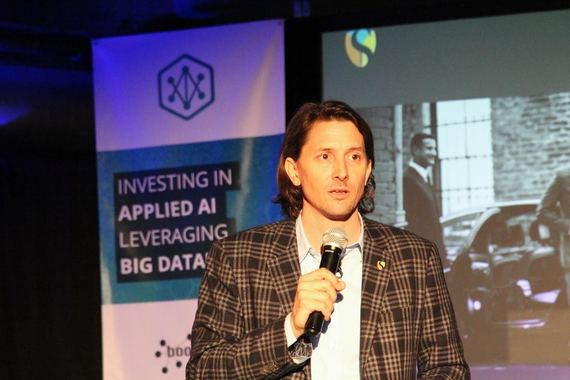 "Messaging is the next killer app," we heard a lot, and in many ways bots and messaging can be seen after the initial web and then apps as the third wave of the internet.

Multiple speakers touched on the implications of cost reduction of sensing and hardware which will lead to an explosion in the gathering of data. In the future, developers will be incentivized to focus on creating unsupervised machine learning systems that can automate the process of collecting data. This will cause a pervasive spread of intelligent automation in new industries such as food preparation, health-care and ordinary household appliances.

The implications of this AI revolution are enormous. Isaac Newton thought that everything could be computed, but reality does not work like that all the time. As German physicist Heisenberg posited with his Uncertainty Principle, there is a lot of indeterminacy in the world. There are many things we don't fully understand yet. We don't really understand intelligence on a deep level. We don't even understand the weather. Despite this some things are predictable. For example, humans are naturally better at creativity than analysis. In the future more machines will take over the analytical part of the economy, and making decisions. This will make creativity even more important as a driver of the growth for the world.

Some are preparing for this change, especially in the private sector. A director of a big car company said that they don't see themselves solely as a car company anymore. The future of the car is being transformed right now, in large part by philosopher entrepreneur Elon Musk and Tesla. As Elon Musk spoke of the Model S, not as a car, but as a "sophisticated computer on wheels." Even after your purchase, whenever the company pushes a new software update to all its cars, the car improves.

Not everyone, however, is ready for this change. We heard from a senior government official that the government hasn't paid that much attention to AI yet. This is worrying as a lot of these rising issues are issues of policy. The technology is here, but the government isn't ready to embrace them with new regulations. When we asked one senior government official about how issues at the intersection of governance and technology will be solved, he emphasized cooperation. More will need to be done on that front.

Things are happening way faster than we imagined. We are entering volatile times, and as with any revolution or disruption there will be challenges ahead that we are not prepared for. As technologist William Gibson, allegedly said, "the future is already here - it is just not evenly distributed yet." The question is are we changing and updating our thinking fast enough?