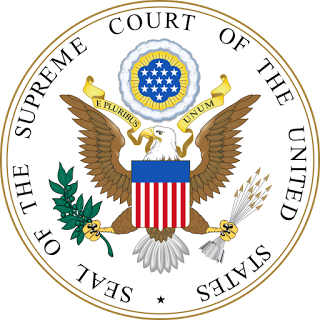 This past week witnessed two historical decisions ("'Equal Dignity,'" NYT, 6/27/15, "Supreme Court Allows Nationwide Heath Care Subsidies," NYT, 6/25/15) which reaffirmed not only the impartiality of the Supreme Court (with a Conservative Justice upholding the Affordable Care Act), but its imperturbability as an institution in comparison to an increasingly rambunctious and unstable congress. However, the next big decisions facing the Supreme Court are very likely to revolve around the limits of free speech. The famous Oliver Wendell Holmes decision in Schenck v. United States brilliantly prescribed limits to First Amendment Rights. But free expression is one of the most complex matters in jurisprudence and it regularly receives challenges from all sides of the ideological spectrum. This problem is particularly acute in the case of religious expression. Is wearing the Hijab, the veil worn by some Muslim women a right, when hiding one's face makes identification documents like driver's licenses and passports almost meaningless? Members of Canada's conservative government recently courted controversy when they began to question this form of expression ("Harper says majority of 'moderate Muslims' support view on hijab ban," The Globe and Mail, 3/15/15) Do militantly anti-Muslim groups have the right to promote offensive attacks on Muhammad like the cartoon contest recently held in Texas, under the guise of defending the right of free speech against those who would stifle it ("Pamela Geller, Organizer of Muhammad Cartoon Contest, Trumpets Results," NYT, 5/4/15).The latter might have given Oliver Wendell Holmes pause, as would have the case of the Nazis marching through the Jewish section of Skokie, Illinois (a case that never made it to the Supreme Court). At the recent PEN conference in New York, otherwise liberally inclined writers signed petitions against honoring surviving Charlie Hebdo staff members, an astonishing turn of events considering PEN's storied history of defending writers and free expression around the world ("PEN Group Blacklists Charlie Hebdo," The Screaming Pope, 4/29/15) Those who believe that questioning the First Amendment opens up a Pandora's Box might ask how exactly "fire!" was cried, how crowded the theater and where the exits were. Salman Rushdie, who had a fatwah issued against him for The Satanic Verses, was incredulous and irate at the waffling some of his PEN colleagues, but the fire has now become the threat of violence and destruction. Liberal western values themselves are like crying "fire?" for fundamentalists of many stripes. In Israel the ultra Orthodox have attempted to inflict their values on a population that doesn't always cotton to their values. In an age of increasing terrorism, there will be a tendency to constrict both the exercise of beliefs as well as the right to express opposition and outrage at those self-same beliefs. The Supreme Court will have its work cut for it.