If your Facebook newsfeed is anything like mine, you're likely aware that there is now a greater threat to us than perhaps even ISIS. I'm talking, of course, about ex-NAACP leader Rachel Dolezal, who recently resigned her Spokane, Washington post after being criticized for portraying herself as black and still insists that she identifies as black.

I must admit that it's odd to me that so many people I know are incensed about this matter. Especially since none of the people I see ranting about this via social media platforms seem to actually know Ms. Dolezal, personally. Sure, I understand there's a train wreck factor to the media coverage, which makes it virtually impossible to look away from this debacle. But does that mean we have to take to Twitter and facebook in an effort to demonize this person?

It was, after all, just a short while ago that Caitlyn Jenner (formerly known as Bruce) let us know that she identified as being female. And boy, did the descriptors of "Brave" and "Groundbreaker" and "Hero" flood social media in the wake of his/her announcement. I must admit that I found even that a bit perplexing given that Ms. Jenner is part of a modern TV dynasty that is known for manipulating the media for ratings and profits. And yet Caitlyn was embraced with open arms (or open dialogue, as it were).

Now don't get me wrong. I'm not comparing Ms. Dolezal's identity declaration directly with Ms. Jenner's. And yet, at the same time, I do question why one is a hero and the other is a sign of the apocalypse. When did vitriol become a national pastime and filling our social media feeds with hatred become de rigeur? Has initially greeting someone we don't understand (or even that we don't agree with) with kindness become a thing of the past?

I'm reminded of the caution to not judge someone before walking in his or her shoes. There's clearly a history between Ms. Dolezal and her parents that none of us can possibly understand. And not knowing this history, we can't necessarily comprehend what would lead Ms. Dolezal to make some of the choices she's made -- even if some of these choices are questionable in nature. But does this mean she deserves all of our prosecution? That we all should throw verbal and written stones in her direction? That we should pollute our social media newsfeeds with hatred and disgust for someone none of us has met in person?

This all hits home with me given that I'm a former 450-pound man who although fat, identified as a thinner person. Being someone who averaged a waist size of 60-inches, I often experienced cruel judgment from strangers (many who were even abusively verbal). These people didn't know me. And yet they took it upon themselves to make me feel shame and even fear. None of which were helpful in my quest to get healthier, mentally and physically.

Even if Ms. Dolezal is suffering from some form of delusion (and I don't know that she is), should we not feel compassion for her?

I had someone very delusional in my life. And this person -- my own mother -- was one of the major factors that resulted in my putting on excessive weight (creating a protective barrier in the form of blubber in an attempt to shut everything out). My mother was a virtual monster who not only verbally and physically tortured my sister but also put us through horrific circumstances that many would possibly not survive. But we did survive -- even with mental scars that led us to commit some questionable acts as we struggled to find freedom from the angst of our tortured childhoods. And the real freedom, the real survival, and the real key to my unlocking what was holding me back, was developing compassion for my mother (and even looking upon her with kindness -- despite everything she'd done).

It's when I saw my mom as someone who was mentally ill and was simply doing the best she knew how to do that I was set free, mentally. And as a result I was even able to be kind to my mom in later years -- despite the fact that her sickness and lies continued until her death. But it was with kindness and compassion that I was able to forgive my mother and, perhaps just important, accept her for who she is/was (and even forgive myself for some of the questionable choices I made over the years as a result of her upbringing).

The act of letting go of years and years of hatred was actually more beneficial to me than to my mother. And it was key in not only taking off the excess weight (my personal demon), but keeping it off.

So next time we see someone in the media who we think deserves our critique, our judgment, or even our hatred, let's take a deep breath in and let a deep breath out -- and be reminded that we're all struggling to define ourselves and to live our lives in the happiest ways we know how. 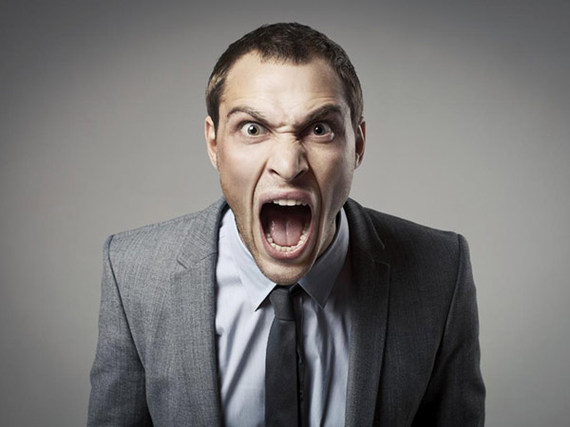